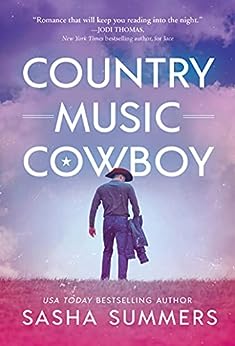 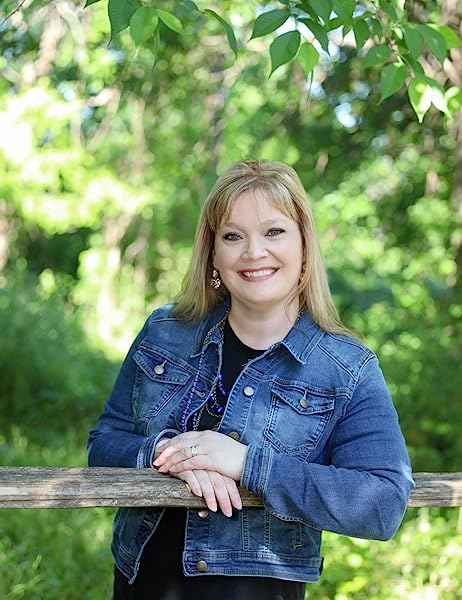 by Sasha Summers (Author) Format: Kindle Edition
Book 3 of 3: Kings of Country
See all formats and editions
Sorry, there was a problem loading this page. Try again.

What's a country music star to do
when his world is falling apart around him?
Can he find his way back home?

According to his record label, Travis King's drinking and partying has to stop. Or else... Image rebranding means joining AA and singing opposite one of the industry's rising stars at an upcoming awards show. It wouldn't be so bad if Loretta Gram wasn't cold as ice. No matter how hard he turns on the charm, she won't give him a break. It looks like this cowboy has finally met his match.

Loretta is still grieving the death of her original singing partner, and she doesn't have it in her to deal with playboy Travis King. But her career is all she has, so if singing with the Three Kings is what she needs, she'll do it. Loretta isn't as cold as she lets on, but she's had more than her share of heartache. When she finally shows Travis who she is, he knows he'll do anything to be her forever cowboy.

Perfect for fans of:
Read more
Previous page
Next page

Sasha Summers grew up surrounded by books and has always been passionate about storytelling, romance, and travel. Now a bestselling and award-winning author, she continues to fall in love with each hero she writes. She currently resides with her amazing and supportive family and their beloved cat in the suburbs of Texas Hill Country.

Robyn Verne is an in-demand narrator with a background in film and stage acting. --This text refers to the audioCD edition.

USA Today Bestselling Author Sasha Summers writes stories that celebrate the ups and downs, loves and losses, ordinary and extraordinary occurrences of life. Sasha pens fiction in multiple genres and hopes each and every book will draw readers in and set them on an emotional and rewarding journey. When not writing, she’s reading or spending time with her family somewhere in the Texas Hill Country. With a puppy on her lap and her favorite Thor mug full of coffee, Sasha is currently working on her next novel.

She adores hearing from fans and invites you to visit her online.

Madison W FairbanksTop Contributor: Fantasy Books
5.0 out of 5 stars Country Music Cowboy
Reviewed in the United States on August 30, 2021
Verified Purchase
Country Music Cowboy by Sasha Summers
3rd book in the Kings of Country series. Contemporary romance. Can be read as a stand-alone but better as part of the series. Slight cliffhanger for the series but this couple’s story is complete.
Loretta Gram has to listen to the record label if she wants to continue her singing career. That means pairing up with Travis King. Together they can make the music sing. But are either ready for the emotions that stir beyond the music?

An emotional story with a rollercoaster of highs and lows of self esteem, acceptance, support, and love.
A plethora of song lyrics (poems?) about love that document especially their longings for each other.
A couple of enemies that we can all hate. CC is a nasty, vindictive woman. Donnie is a free loader.
A bit of sexy to go with the suggestive lyrics.

Excerpt of Travis:
“One kiss. One kiss and he’d stop this. He tore his gaze from her mouth and groaned at the raw hunger on her face. Her eyes flashed as she gripped the front of his tuxedo jacket, pulling him in—impatient.
One kiss wouldn’t be enough. No matter how much he wanted her, he couldn’t do this. He reached up, smoothing the hair from her shoulder. “I want to kiss you.” Her smile almost changed his mind. “But if I kiss you now, you’ll always wonder if this was my angle the whole time. And I’ll wonder if this is what you wanted or if I took advantage of you, because tonight… Well, tonight has been an emotional roller-coaster ride.”

Excerpt of Loretta:
“Music was the thing that healed her—that soothed the stress and worry and pain from her heart. It was about creating something beautiful out of the dark. Finding strength in the notes and lyrics that would rise above the noise and chaos of everyday life. Together, they were building a safe harbor to shelter through the storm.”

I received a copy of this from NetGalley. I also purchased a copy to share.
Read more
One person found this helpful
Helpful
Report abuse

SD
5.0 out of 5 stars Great Read!
Reviewed in the United States on August 31, 2021
It’s been awhile since I read a music romance, mostly because when I’ve read one in the past few years, they haven’t been the best of experiences. That said, Country Music Cowboy by Sasha Summers is right on target and makes me want to read the first two books in the series.

Loretta Gram has lost her best friend and singing partner to an untimely death, and she’s not in the right frame of mind to be dealing with Travis King, the son of the famous country star Hank King and a member of the Three Kings. As far as she can tell, he’s an out-of-control player who has been spoiled rotten and has no responsibilities or cares for anyone else. But Loretta doesn’t really know Travis. She just goes by what the tabloids and rumor-mill tell her.

Fresh out of rehab, Travis is trying to start over. He’s a year sober and looking forward to starting his new path. He’s surprised and then mad when Loretta Gram presumes that he’s pretending to be sober. But there’s something between them. When Loretta discovers the truth, it opens up a door to a new level for them, if only they can navigate certain self-interested family members and learn to trust. Travis is funny and sweet and Loretta is strong and self-sufficient. They are a very readable match.

Country Music Cowboy is just such a solid read with interesting, likeable characters, great pacing, and a plot in which the hard topics are sometimes dealt with in a sympathetic manner. While I sometimes go “ugh” when I read the “lyrics” that authors give their characters to write, even here, the writing was good with a sense of rhythm and rhyme that would be perfect for a song.

Because I liked the novel’s synopsis, I didn’t pay attention to the fact that this is the third novel in the Kings of Country series. I needn’t have worried. While there were a lot of characters (the romances that had already preceded Travis and Loretta’s), they never felt extra. They had a place in the story because the Kings are a close-knit family, with the exception of the mother, Cici, who is divorcing Hank. Likewise, there weren’t any holes in the plot that weren’t filled in this story’s telling. So, all-in-all, a satisfying experience.

While Sasha Summers has written quite a number of novels, this is the first I’ve read but most definitely won’t be the last. First, I’m going to read about the other Kings of Country.

A solid, satisfying read about a likeable couple.

I received an ARC in exchange for an honest review.
Read more
Helpful
Report abuse
See all reviews