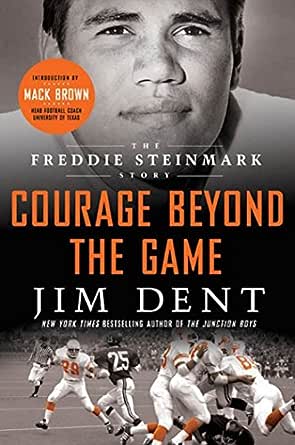 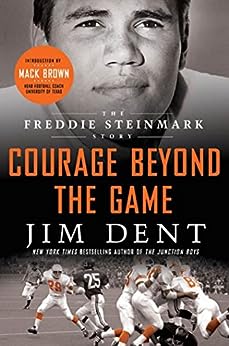 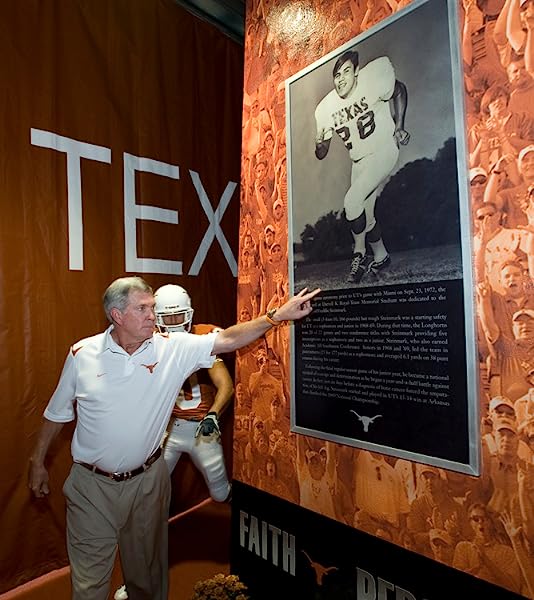 Courage Beyond the Game: The Freddie Steinmark Story Kindle Edition

Praise for Courage Beyond the Game:

“Jim Dent, dadgum him, keeps writing books I wish I’d written. Like The Junction Boys and Twelve Mighty Orphans, to name two. Now here he comes with another terrific effort, Courage Beyond the Game, the story of the most courageous kid to ever pull on a football suit. If you pick it up, it’s guaranteed to pick you up.’’ --Dan Jenkins, author of Semi-Tough and Dead Solid Perfect

“Jim Dent is a world class story teller, and in Freddie Steinmark’s courageous and triumphant fight to be a man of substance, he’s found a tale worthy of his ample talents.  Dent will bring tears to your eyes, and Steinmark’s example will make you want to be a better person.’’ --Joe Drape, New York Times bestselling author of Our Boys: A Perfect Season on the Plains with the Smith Center Redmen

“You will cheer and you will weep as you read Jim Dent’s irresistible rendering of one of the great real-life dramas in college football history. Dent has brought plenty of tough guys to life in his other books, but little Freddie Steinmark surely ranks as the toughest. Dent has brilliantly re-cast a Longhorn legend. I could not put Courage Beyond the Game down.’’ --John Eisenberg, author of That First Season: How Vince Lombardi Took the Worst Team in the NFL and set it on the Path to Glory, and Cotton Bowl Days: Growing up with Dallas and the Cowboys in the 1960s

''Freddie Steinmark's story will inspire you and make you cry, and Jim Dent has told it better than anyone in Courage Beyond the Game. Jim's eye for detail and gifted writing will take you back to another place and time, and a new generation of college football fans will learn why Freddie lives forever in the hearts of those he touched in his brief life.'' -...

JIM DENT, a long-time award-winning journalist who covered the Dallas Cowboys for eleven years at the Dallas Times Herald and the Fort Worth Star-Telegram, has written eight books, including Twelve Mighty Orphans, and The Junction Boys, the New York Times bestseller and ESPN movie that remains a fan favorite to this day. Dent lives in Texas.