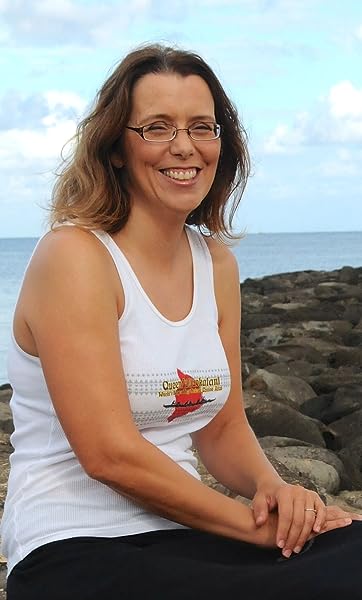 Gr 7–10—Set in an ancient civilization reminiscent of the Egyptians and the Mayans, this is a high fantasy novel that explores race, class, and gender struggles in a patriarchal society. Jessamy is the daughter of a Patron general and a Commoner mother. Even though her parents' union is illegal, Jessamy is brought up with the wealth and privilege of the Patron class. However, that privilege comes at the price of her own independence. The heroine cannot publicly compete in the Fives, a prestigious athletic competition, so she trains in secret. Then her father comes home unexpectedly from battle and the family is given the honor of attending a Fives game. Jessamy competes, but even masked, her identity is revealed. Her family quickly comes under the scrutiny of the deceptive Lord Gargaron who breaks apart the teen's family, even arranging a new marriage for her father. The protagonist is then sent to a Fives training camp while her pregnant mother and sisters are imprisoned. Jessamy seeks help from Lord Gargaron's nephew, a kind nobleman of Patron birth and a Fives competitor. Together, they risk their lives to save Jessamy's family. Elliott has created a world of warring kingdoms where the victors have built their civilization on the backs of the conquered. Jessamy is a loyal and strong female protagonist who fights against injustice. VERDICT This trilogy opener will be a hit with readers who love action-packed fantasy adventures.—Kimberly Garnick Giarratano, Rockaway Township Public Library, NJ

"Kate Elliott's magic and mastery is better than ever. Court of Fives enchanted me from start to finish, with characters and worlds that lingered long after I turned the final page."―Marie Lu, New York Times bestselling author of the Legend series and the Young Elites series

"This book is amazing. Kate Elliott combines everything I love best in a YA novel. Jes is a killer protagonist, tough and capable, but also lost in her upbringing and faced with impossible choices that test her character and her beliefs.... This book will not fail you."―Gail Carriger, New York Times bestselling author of the Parasol Protectorate series and the Finishing School series

"Fast-paced, tense, and riveting. I couldn't put it down, and you won't be able to either!"―Tamora Pierce, author of the Tortall series and the Circle of Magic series

"Haunting. Epic. Impassioned. Layered. Breathtaking. This isn't just a novel; it is a coup d'état of the soul. Prepare to be ravished by Kate Elliott's Court of Fives."―Ann Aguirre, New York Times bestselling author of the Razorland trilogy

* "Jes will remind readers of fearless Katniss with her skill and strategy for games. But it's the fascinating descriptions of traditions, royal interactions, and, of course, the intensities of the Fives that will enthrall readers most of all. Let the games continue!"―Booklist, starred review

"An imaginative journey.... Elliott creates an intricate and intriguing story, conjuring a world of mysticism and centuries-old customs. Jessamy's boldness and impulsiveness make her a striking heroine in a male-dominated land."―Publishers Weekly

"Sure to garner a following of adventure and suspense fans. While highly entertaining and fresh, the novel also speaks to issues of gender, class strife, and identity. Jessamy is an exciting protagonist: strong, quick witted, and smart.... This book is a winner, and readers will be clamoring for the next installment."―VOYA

"A high fantasy novel that explores race, class, and gender struggles in a patriarchal society.... Jessamy is loyal and strong female protagonist who fights against injustice. This trilogy opener will be a hit with readers who love action-packed fantasy adventures."―School Library Journal

Kate Elliott is the author of more than twenty-five novels, including her New York Times bestselling young adult debut Court of Fives, Poisoned Blade, Buried Heart, and Black Wolves. She has also written the Spiritwalker trilogy, the Novels of the Jaran, and the Crossroads trilogy, among others, and two of her books have been finalists for the Nebula Award and the World Fantasy Award. Kate was born in Iowa, raised in Oregon, and now lives in Hawaii. She invites you to visit her website at kateelliott.com or follow her on Twitter @KateElliottSFF.
Read more