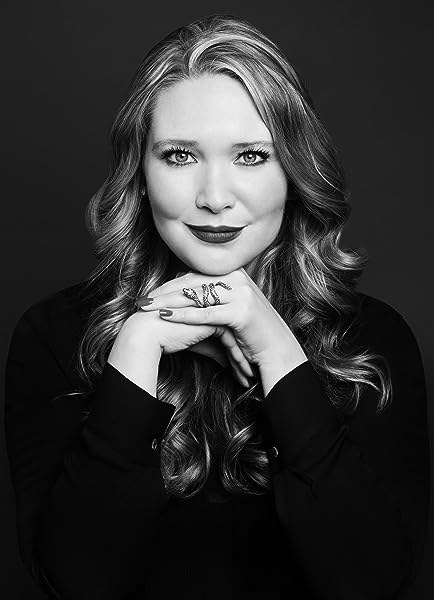 Gr 10 Up—Maas continues to uphold her reputation for building alluring and breathtaking worlds and creating characters who feel so real they could walk off the pages of the book. In this volume, which picks up where A Court of Thorns and Roses left off, Feyre is engaged to Tamlin, the High Lord of the Spring Court, whose kingdom she went to great lengths to save under the mountain. The Spring Court is grateful for the sacrifices she made, but Tamlin is all too happy to lock Feyre up in his castle and protect her from the many dangers of his world. Struggling with her own depression, Feyre sets her needs aside to make Tamlin happy, but when his overbearing tendencies go too far, Feyre nearly breaks. She is rescued by Rhysand, the feared High Lord of the Night Court, with whom she struck a deal and to whom she has been bonded ever since in ways she can't explain. He shows her a new life and, with the assistance of his Fae friends, helps Feyre learn to control her newfound powers and tap into the strength she forgot she had, which may just be the key to saving Prythian from the evil King of Hybern. The sensuous romance that develops between Feyre and Rhysand will take readers on a whirlwind so fun and addicting they won't be able to put it down until the very end. Peppered with titillating scenes, the love story evolves in ways that may frustrate some readers, but remains true to real life. VERDICT A must-have where the author's previous works are popular.—Candyce Pruitt-Goddard, Sno-Isle Libraries, Marysville, WA

"The world is exquisitely crafted, the large cast of secondary characters fleshed out, the action intense, and the twist ending surprising, heartrending, and, as always, sure to guarantee readers’ return . . . When has Maas not churned out a best-seller? Her ongoing Throne of Glass series is enormously popular, and this sequel in an equally devoured new series is primed for similar success." - Booklist

"Maas lets the relationship dynamics change organically, and her talent for creating chemistry between her characters (including some fiery sexual encounters) is as strong as ever. Maas gives Feyre the space to regain her agency and prove herself the equal of any High Lord, resulting in an immersive, satisfying read." - Publishers Weekly

"A gorgeously written tale as lush and romantic as it is ferocious. Absolutely spellbinding." - Alexandra Bracken, NEW YORK TIMES bestselling author, on A COURT OF THORNS AND ROSES

"Simply dazzles. . . . the clamor for a sequel will be deafening. . . . Maas' Throne of Glass series has been a smash hit . . . this new series is primed to follow in its footsteps." - starred review, Booklist on A COURT OF THORNS AND ROSES

"Sarah J. Maas delivers what may be her best work to date. . . . Enchanting, spellbinding and imaginative. . . . The world-building is stellar, as only Maas can imagine it." - USA Today on A COURT OF THORNS AND ROSES

"Suspense, romance, intrigue and action. This is not a book to be missed!" - The Huffington Post on A COURT OF THORNS AND ROSES

"The sexual tension and deadly action are well-supported by Maas' expertly drawn, multidimensional characters and their nuanced interpersonal dynamics. . . . Sexy and romantic." - Kirkus Reviews on A COURT OF THORNS AND ROSES

"A dazzling world, complex characters and sizzling romance." - Top Pick, RT Book Reviews on A COURT OF THORNS AND ROSES

"A well-developed world. . . . [Feyre's] grit and boundless loyalty demand that her foes--and readers--sit up and pay attention." - Publishers Weekly on A COURT OF THORNS AND ROSES

SARAH J. MAAS is the author of the New York Times bestselling Throne of Glass series: Throne of Glass, Crown of Midnight, and Heir of Fire, and the series' prequel, The Assassin's Blade; as well as the New York Times bestselling A Court of Thorns and Roses. A New York native, Sarah currently lives in Pennsylvania with her husband and dog.
worldofsarahjmaas.com/
facebook.com/throneofglass
@SJMaas
Read more

Page 1 of 1 Start overPage 1 of 1
This shopping feature will continue to load items when the Enter key is pressed. In order to navigate out of this carousel please use your heading shortcut key to navigate to the next or previous heading.
Back
Next
Pages with related products. See and discover other items: from the new world, sarah labyrinth, tacoma goodwill, fantasy books for teenagers