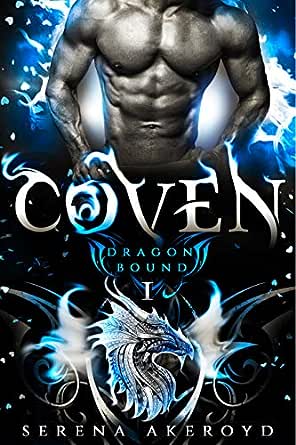 You've subscribed to Dragon Bound! We will preorder your items within 24 hours of when they become available. When new books are released, we'll charge your default payment method for the lowest price available during the pre-order period.
Update your device or payment method, cancel individual pre-orders or your subscription at
Your Memberships & Subscriptions
There was an error. We were unable to process your subscription due to an error. Please refresh and try again. 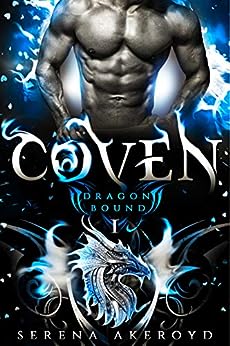 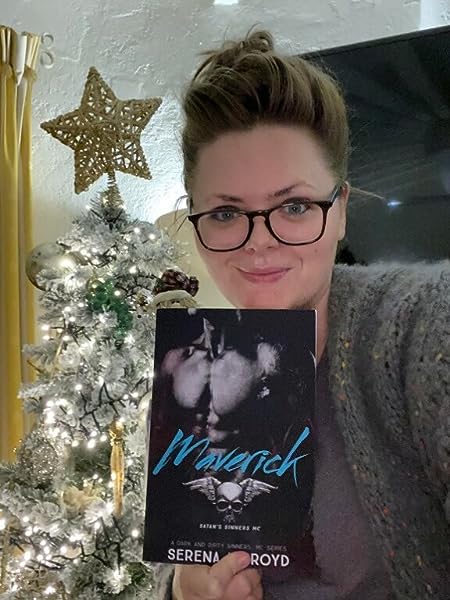 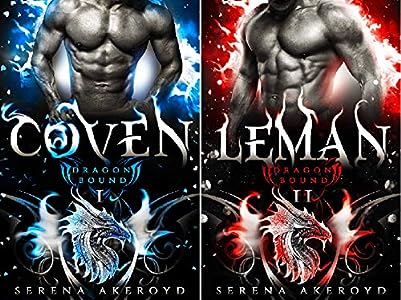 
Abby
Mistress Serena has taken what we have come to accept as the norm and flipped it upside down, spun it sideways and added a citrusy twist. Our citrusy twist includes, but is not limited to...The Twenty-first Century vs. The Black Plague. WiFi & Netflix vs. Viking pillaging!

Nikitasbookreviews
I'm in love with this world that Serena has created and I cannot wait to read more! This is one of my new favorite reads!

Sydney
Vamps and dragons, mates and Christmas! A book that's a must read, definitely. It'll put a smile on your face and make you giggle. Can't wait to see what happens next.

Bridgette
Refreshing, delightful, adventure full, and romantic-all rolled up into Coven. I enjoyed the bit of mystery that will play out in the next book. Recommend!

Jo
The relationship between Mia and Remy is intense and leaves you wanting so much more, especially with the cliffhanger ending... Serena does not disappoint. I can't wait for the next instalment.

Ree
5.0 out of 5 stars Vampires and Dragons
Reviewed in the United States on November 11, 2019
Verified Purchase
Serena Akeroyd is the queen of cliffhangers and this book doesn't disappoint you.
The story of the Vampire Mia and Dragon shifter Remy is filled with humor and surprises. The beginning chapter sets the mood for the whole book.
It was a surprise to Mia that Remy as a Dragon shifter could only mate with a vampire who was the head of her Coven.
The humor throughout the book was great and there's many times I smiled or laughed at their interactions.
This book is a must read, but be prepared for the end.
Read more
2 people found this helpful
Helpful
Comment Report abuse

rlzirkle
5.0 out of 5 stars A fantastical mate bond tale with a Christmas backdrop!
Reviewed in the United States on November 13, 2019
Verified Purchase
A fantastical holiday story! What’s not to love about a dragon-vampire mate claim told against the backdrop of Christmas? This story is a joy to read. I can’t wait to see what happens in the next book in the series. Even though this is a stand alone, it very much leaves you dying for the next! Great job, Serena, on another great read!
Read more
2 people found this helpful
Helpful
Comment Report abuse

LckyGirl2
5.0 out of 5 stars Dragons and Vampires and Bonds...OH MY!
Reviewed in the United States on January 13, 2020
Verified Purchase
Remy and Mia are what every couple should aspire to be. The power of their bond and the depth of their love hits all the warm and fuzzies. As always, the author writes an engaging story, bringing to life characters that the reader can't help but fall in love with - Remy with his swoon worthy devotion and Mia with her snark and strength. Adored the humorous banter between the two - especially when it involved the differences between their realms. I enjoyed the quicker pace of this series and the cliffhanger - soap opera-esque ending. Amazing world building. Fantastic characters. A love to be envious of with just the right amount of steam. What more could a reader want? Highly recommend!
Read more
Helpful
Comment Report abuse

Liz
5.0 out of 5 stars Vampires and Dragons work
Reviewed in the United States on December 29, 2019
Verified Purchase
I really enjoyed this book. The story flowed well and pulled me in from the start. Vampires and Dragons yes please! Can not wait for the next one!
Read more
Helpful
Comment Report abuse

Patricia
5.0 out of 5 stars Amazing as always
Reviewed in the United States on January 1, 2020
Verified Purchase
Absolutely love this story. #Remyforever. Such an amazing flow and immediately sucks you in. Once again you are a poet of words
Read more
Helpful
Comment Report abuse

Kasumatata
5.0 out of 5 stars Dragons and vampires
Reviewed in the United States on November 12, 2019
Coven is an outstanding first book in a new series. This book is mostly about Remy and Mia who leet when Remy tells Mia she might be his mate, or 'leman'. A whole new world is created, with humans, vampires, dragons, goblins and other supernaturals. We get to know the world through the connection of Mia and Remy who both lack the knowledge of each other's realms. This is an amazing way to give us a whole chunk of knowledge, without it being like a history lesson. The main characters are really lijeable. Mia isn't a damsel in distress, she is strong-willed and a leader, Remy does bring out her softer side. And Remy? He's a hot, possessive dragon who knows what he wants and treats his leman like a queen. Gooosh... He had me swooning!

The story isn't over yet, while we don't get a brutal cliffhanger, we do get a great lead into the next book and I can't wait to know more about Giorgios!
Read more
2 people found this helpful
Helpful
Comment Report abuse

Nikitasbookreviews
5.0 out of 5 stars Absolutely love this!!
Reviewed in the United States on November 27, 2019
Oh man I seriously cannot get over Serena’s writing! Let’s be real I’d read anything with Vamps in it so i definitely had to read this!

Didn’t know what i was getting into when i started this one but let me just say that i was not disappointed!

I seriously feel like i need a sexy dragon of my own 😂 twists and turns galore as usual but oh so good! I literally couldn’t put it down when I started. This is definitely one of those stories that is filled with tons of laughs and surprises.

I’m in love with this world that Serena has created and I cannot wait to read more! This is one of my new favorite reads!

If you guys haven’t read it yet then seriously check it out! Definitely 5 stars and i highly recommend it!
Read more
2 people found this helpful
Helpful
Comment Report abuse

Michele M.
5.0 out of 5 stars A Definite Must Read
Reviewed in the United States on January 8, 2020
This is the beginning of a brand new series from Serena Akeroyd and it is different from most of her series. While this is not a reverse harem, as most of her series books are, it is no less as action packed and heart stopping as the rest.

This book sets the stage for a whole new interesting world and begins by establishing a need for our characters. Mia and Remy are amazing and strong characters and really help establish a belief in what is happening around them and that what happens would happen that way. The characters that are pulled in with them help to lay the ground work for more and exciting works to come.

You hardly notice the time fly by as you become so emersed in the story and when you reach the end you are mad when the next book isn't there as you just have to know what happens next. A definite must read.
Read more
Helpful
Comment Report abuse
See all reviews

Jules
5.0 out of 5 stars Remy and Mia ❤
Reviewed in the United Kingdom on November 11, 2019
Verified Purchase
A Christmas loving vampire meets her dragon mate. Crazy bonding side effects then take over and you have a fabulous story of Remy and Mia. Throw in a soap opera worthy sub plot and you have a fantastic book. If you are a fan of Serena you won't be disappointed with this one! Read it now.
Read more
2 people found this helpful
Report abuse

jemma
5.0 out of 5 stars Loved this book
Reviewed in the United Kingdom on December 27, 2019
Verified Purchase
Loved this book so much. I'm loving the dragons. I can't wait for the next book in the series i couldn't put this one down.
Read more
One person found this helpful
Report abuse

Anne-Susann Linde
5.0 out of 5 stars A different Christmas Story
Reviewed in Germany on December 28, 2019
Verified Purchase
I loved this book and can't wait for the next one in the series. I liked the unique take on a Christmas Story. Dragon shifter have a Special mating ritual and as Mia finds out very quickly, some of the aspects aren't very pleasant. She is a vampire and the dragon Remi comes to her night club Coven to tell her that she could be his mate. After that revelation everything changes.
I really liked how the relationship between Mia and Remi develops. I am in love with the other realm and how every sense is enhanced, how colours are different to the normal realm. It’s a lovely paranormal read and I can only recommend it to everyone who likes fantasy. I also loved the description of the Christmas decorations at the club and the Palace. I'm as huge a Christmas fan as Mia is.
Serena Akeroyd is one of my favourite authors. She’s one of the few I read almost everything she releases.
Read more
Report abuse
See all reviews