You've subscribed to Tucker Sinclair Series! We will preorder your items within 24 hours of when they become available. When new books are released, we'll charge your default payment method for the lowest price available during the pre-order period.
Update your device or payment method, cancel individual pre-orders or your subscription at
Your Memberships & Subscriptions
There was an error. We were unable to process your subscription due to an error. Please refresh and try again. 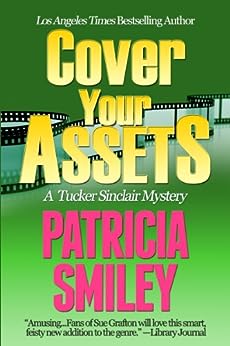 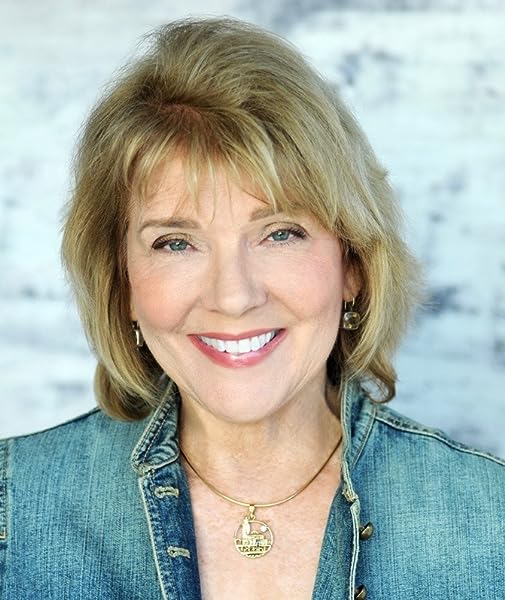 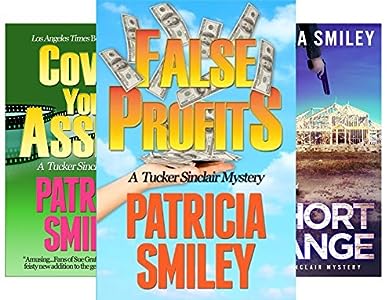 Feisty Tucker Sinclair is back in Smiley's engaging follow-up to False Profits (2004). The L.A. financial advisor has left her former firm and started her own company out of her beachfront bungalow. Eccentric characters from the last adventure are back, including Tucker's actress mother, Pookie, a poster child for the New Age, and her current flame, Bruce, who's much better at feng shui than intelligent conversation. Also residing at chez Tucker is Muldoon, the Westie in need of Weight Watchers, who loves cashmere and Quarter Pounders with cheese. When her former fiance, entertainment agent Evan Brice, is murdered, Tucker feels grief--and is conflicted about seeing his wife, Cissy, Tucker's best friend until she stole Evan. The softhearted Tucker agrees to help Cissy, who is accused of murdering her husband. Myriad suspects unveil themselves quickly, from the actress Evan represented to the young girl who cleaned his apartment. Though a bit darker than Smiley's debut, this one succeeds on the same merits: snappy prose, a compelling heroine, and a healthy dose of suspense. A series that promises staying power. Jenny McLarin
Copyright © American Library Association. All rights reserved --This text refers to an alternate kindle_edition edition.

Smiley's amusing second mystery to feature L.A. business consultant Tucker Sinclair (after 2004's False Profits) offers appealing characters and semiplausible Hollywood hijinx. When someone stabs to death Tucker's college heartthrob, Evan Brice, a failed poet turned successful film agent, in the seedy apartment he'd rented for quiet "work" sessions, the police call on Tucker. Tucker severed all ties with Evan after catching him in flagrante with her best friend, Cissy, whom he later married, but a love poem to Tucker discovered at the crime scene suggests Evan had his regrets. When Tucker pays a condolence call on her old friend, Cissy begs her to close up the illicit apartment. Cissy, as the chief suspect, has further need of Tucker's help in convincing the skeptical police that she's innocent. Predictable mayhem ensues after a prima donna soap star, one of Evan's ex-lovers, leads Tucker to a biker bar, a hostile environment for a nosey parker. Fans of Janet Evanovich (who praised False Profits) will find a lot to like in this entertaining romp.
Copyright © Reed Business Information, a division of Reed Elsevier Inc. All rights reserved. --This text refers to an alternate kindle_edition edition.
Read more

3.8 out of 5 stars
3.8 out of 5
10 global ratings
How are ratings calculated?
To calculate the overall star rating and percentage breakdown by star, we don’t use a simple average. Instead, our system considers things like how recent a review is and if the reviewer bought the item on Amazon. It also analyzes reviews to verify trustworthiness.
Top reviews

JessicaTheKat
5.0 out of 5 stars Buy it! You will enjoy it. Fun, Quirky, Easy to follow storyline
Reviewed in the United States on April 23, 2008
Verified Purchase
I think this series is delightful. No, it's not fine literature but I don't want that. It has likable characters, a good sense of humor and the story flows very well. I never had to look back to another chapter to figure out who or what is being referred to in relation to where I am in the story.

I wish they were written more quickly BUT if slow is what it takes to maintain this high quality then I will gladly wait. Just wish the books were not so hard to find. Amazon must not purchase very many and they never seem to reorder. Thank goodness for the internet search.

Food Diva
3.0 out of 5 stars Something to Read at the Beach
Reviewed in the United States on June 7, 2015
Verified Purchase
Another author trying to be Janet Evanovich. Self deprecating main character who is a marketing consultant decides to investigate a friends murder and disregards the advice of the police. Who cares who killed Evan Brice? I don't.
Read more
Helpful
Report abuse

Debra Hamel
VINE VOICE
4.0 out of 5 stars A likeable cozy
Reviewed in the United States on April 1, 2006
In this sequel to Patricia Smiley's False Profits self-employed management consultant Tucker Sinclair finds herself tracking down the murderer of an old flame, Hollywood agent Evan Brice. The problem is that Tucker's search for a killer may lead her to the door of old friend Cissy Brice, the victim's widow, who had ample reason to want to see the last of her unfaithful, drug-addicted spouse. While annoying the police with her amateur sleuthing, Tucker has to contend with memories of Cindy's perfidy ten years earlier--Cissy had an affair with Brice while he was engaged to Tucker--as well as a host of other annoyances--starlets with skeletons, malevolent bikers, her ex-husband's impending nuptials, and her mother's increasingly organic lifestyle.

Cover Your Assets is a likeable enough cozy, nicely written and sporting the occasional pleasing turn of phrase. ("I waited until she turned her back before using my hand to fan myself with the same urgency Icarus must have felt trying to get across the Aegean.") My worry, though, is that the book may not be different enough to stand out from the pack of other likeable-enough cozies, that there is nothing that distinguishes Tucker Sinclair as an unusually eccentric or otherwise compelling protagonist. Perhaps more can be done in future installments in the series with Tucker's day job, which barely figures in the storyline here. (But is management consulting a sexy or quirky enough field to add much spice?) Still, a good read that's worth your while if you're shopping for a breezy beach book.

Dawn Dowdle
4.0 out of 5 stars Murder in LA
Reviewed in the United States on March 13, 2007
When Tucker finds a cop on her doorstep, she is surprised. She's even more surprised when she's told that Evan Brice, her ex-fiance, has been found stabbed to death. His wife, Cissy, Tucker's ex-best friend because Cissy married Evan out from under Tucker, is the prime suspect. She can't believe Cissy could do it so she sets out to "help" the police find the real killer. The fact that the police don't want help doesn't stop Tucker.

The fact that he'd been unfaithful and a drug addict provide more suspects for Tucker to check out. The homicide detective is not happy she's mucking around in his investigation. Joe Deegan, a detective who Tucker has had a romantic interest in, is also telling her to stop investigating. But Tucker can't stand by and let them arrest Cissy and leave Dara, Cizzy and Evan's young daughter, without a parent.

Can Tucker find the real killer without putting herself in danger? Can she put up with her mother, Pookie, and her boyfriend, Bruce, living with her, not to mention their dog Muldoon? Can she find a hunk of a date for her ex-husband's wedding?

This is the first book in this series that I've read. I really liked Tucker. I look forward to reading more in this series. The setting of LA for this series is great. Really adds to the ambiance of Hollywood to the story.

Sandy Kay
4.0 out of 5 stars Fun and funny mystery with an engaging main character
Reviewed in the United States on July 27, 2009
Tucker Sinclair is a self-employed (or perhaps self-underemployed) management consultant. This is the second book in the series ( False Profits  is the first). I didn't get the first book before I read this one, but the author gave enough information that I didn't feel I was missing anything important I needed to know.

Tucker is a fun and funny character and she dives into the mystery of who killed her college boyfriend despite the warnings from the police to stay out of it because she doesn't believe the victim's wife (who was her best friend until she ran off with the boyfriend) is guilty. This isn't a "thriller" kind of mystery you read while anxiously turning the pages, but it is enjoyable following Tucker through her investigation and trying to figure out what happens next.

This book isn't quite as laugh out loud funny as the Stephanie Plum novels by Janet Evanovich, but Tucker is the same kind of engaging heroine. I am going to catch up with the first book and then keep reading this series.
Read more
2 people found this helpful
Helpful
Report abuse

J. Briesacher
5.0 out of 5 stars A really good book
Reviewed in the United States on December 17, 2005
You know what makes Patricia Smiley's books so good? The situations which arise for Tucker are things that have happened to us, or that easily could.

Although I enjoy Eve Dallas and Jim Qwilleran and their millions to use wisely, I also enjoy a book that's a more everyday situation. Any one of us could marry a really rich person, or we could have some unknown relative leave us a bundle. But it's more likely we would run into an old flame, who wasn't doing so well in the current life. Patricia Smiley has a knack with this everyday thing, and it pulls you RIGHT INTO THE STORY, deep in, where there's just nowhere to go but forward.

I really enjoyed "False Profits" and "Cover Your Assets." Tucker is an interesting and totally believable character, and the people/pets who inhabit her world are the kind who would be your friends, too. I'm not sure you can give higher praise than that. (And perhaps, when you read Patricia Smiley's books, with the adventures of Tucker's way-out-there mother, you will appreciate your own mother a little more?)
Read more
One person found this helpful
Helpful
Report abuse
See all reviews
Back to top
Get to Know Us
Make Money with Us
Amazon Payment Products
Let Us Help You
EnglishChoose a language for shopping. United StatesChoose a country/region for shopping.
© 1996-2021, Amazon.com, Inc. or its affiliates