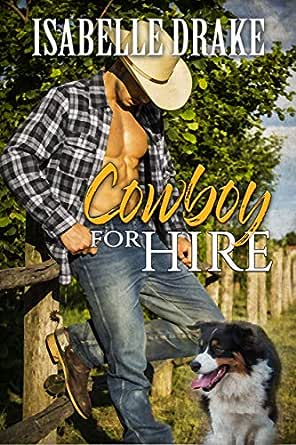 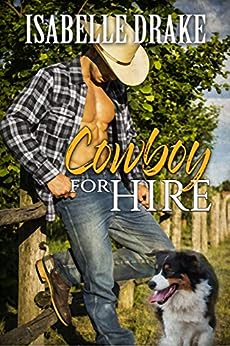 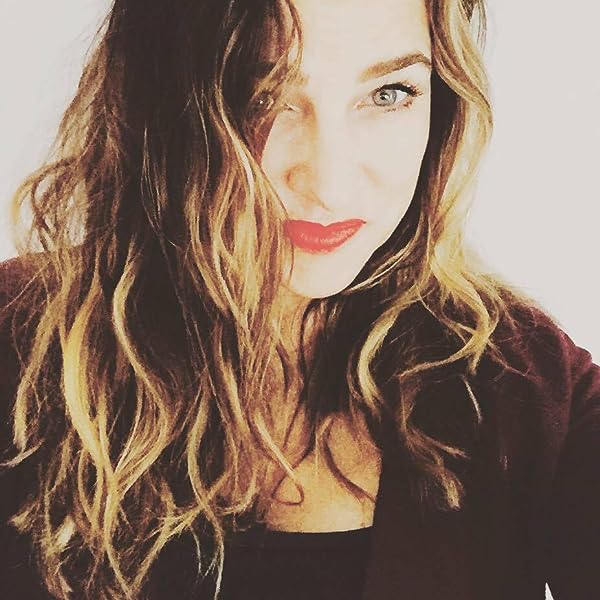 3.4 out of 5 stars
3.4 out of 5
5 customer ratings
How does Amazon calculate star ratings?
Amazon calculates a product’s star ratings based on a machine learned model instead of a raw data average. The model takes into account factors including the age of a rating, whether the ratings are from verified purchasers, and factors that establish reviewer trustworthiness.
Top reviews

Bewitch324
3.0 out of 5 stars The Socialite and the Cowboy
Reviewed in the United States on September 28, 2018
Cowboy for hire is a very quick, easy read. One little warning: the blurb implies this is a sweet, clean romance--and while it is a romance, there is definitely some steamy stuff happening here, both in pretty vivid imaginings by both main characters and in a couple actual love scenes. Just don't want anyone who avoids such things to be surprised.

I wanted to love this one, but it didn't engage me as much as I'd hoped. I liked the basic premise--strong, independent socialite surprises everyone when she buys a ranch and actually does the work to fix it up...Rugged, handsome, down on his luck cowboy with a chip on his shoulder assumes there's no way she'll stick it out, but he'll watch her fail...but while there were some really nice moments, I spent too much time annoyed with both of these characters to really enjoy this story.

Both characters spent a lot of time in their own heads--frequently thinking about having sex with the other person. Victoria was quite embarrassingly silly about it, especially in the beginning. She came across as immature and difficult, which didn't really go with all the strength she was showing with following her dream and building her business...it was contradictory and pulled me out of the story too often. Lang ended up acting like a 12 year old boy pulling pranks on his sister, and those actions seemed way out of character...but his character was already a bit uneven for me.

This is a standalone story with a HEA, and there are some really strong moments in the story that make it worth reading--I just feel like it had a lot of potential and it didn't quite get there for me personally.

I received an ARC from Netgalley in exchange for an honest review. All opinions expressed are entirely my own.
Read more
Helpful
Comment Report abuse

Moira
3.0 out of 5 stars Dude Ranch Celebration
Reviewed in the United States on February 5, 2019
One caveat before starting my review. This book is listed as a sweetand clean romance, but readers should be aware that there is some steamy stuff both in fantasy and reality that occurs between the main characters. Just don't want a reader to be surprised. Victoria and Lang seem to be at odds from the get go. He was expecting to buy this ranch with his cousin after his former wife swindled him out of his ranch and horses in the divorce, only to find Victoria has bought it and plans to renovate herself and open a dude ranch. He literally runs in to the side of her barn and stays to perform the repairs as he's broke. While he moves in to the bunkhouse and is provided meals in exchange for the repairs, he thinks of Victoria as a spoiled Princess might retreat from her plan because she's the daughter of a wealthy man. He figures if he makes little things happen to thwart her plans she'll sell him the ranch and go running back to daddy. However, you can't judge a book by it's cover and he comes to realize she's dedicated, hard-working, and that first impressions can be wrong. I wasn't a fan of the adversarial relationship as they both seem to have feelings for each other but, based on Lang's past and Victoria's future dreams come to realize over time that they can work together for the success of the ranch. Although I received a free ebook link from Net Galley, this review is my honest opinion.
Read more
Helpful
Comment Report abuse

MEW
4.0 out of 5 stars Cute romance
Reviewed in the United States on September 24, 2018
This is a voluntary review of an advanced copy.

This was a quick fun read but I was a bit confused after reading the blurb about the book being a clean read then finding it was not the clean type after all. While it was not explicit as some, it is not a book that I would recommend to my mother!

I loved, Victoria because she did not come off as a spoiled rich girl, and was a hardworking "regular" woman that had a dream she wanted to make a reality.

On the other hand, Lang annoyed me as he thought that he was "helping" Victoria by trying to sabotage things on the ranch. It was great that even though he tried to cause her to fail, she kept going and his plan failed.

There was a HEA but it was kind of quick and not drawn out.
Read more
Helpful
Comment Report abuse

Delacey
3.0 out of 5 stars OK
Reviewed in the United States on September 14, 2018
This was a nice cute romance. It did however take me a while to finish as I found it very easy to put down- I just wasn't engaged in the story and the characters. I was thrown off a little as the blurb from the author stated it was a "sweet" story (vs the erotica she now writes), but I do want to clarify that it isn't a "clean" story as there is some on screen intimate time as well as descriptive thoughts and some graphic language. Overall, a quick decent cowboy novel. *I received an ARC of this book from NetGalley and this is my voluntary and honest review.
Read more
Helpful
Comment Report abuse

bella
4.0 out of 5 stars lovely read
Reviewed in the United States on November 25, 2018
Lang is bitter after his divorce so he is headed south but he will make the last stop on a ranch, who is now owned by rich Victoria. Victoria is determined to make something from her life and not just be rich socialites so she is working her ass off to make The Circle Cat ranch the best dude ranch. But she is running out of working hand and when Lang crash in her barns she think that she got lucky. So they make a deal but Lang has his own agenda behind his actions. A romantic story with great characters and an entertaining story.
I volunteered to review an ARC of this book for Netgelly
Read more
Helpful
Comment Report abuse
See all reviews from the United States