You've subscribed to Black Meadow Ranch! We will preorder your items within 24 hours of when they become available. When new books are released, we'll charge your default payment method for the lowest price available during the pre-order period.
Update your device or payment method, cancel individual pre-orders or your subscription at
Your Memberships & Subscriptions
There was an error. We were unable to process your subscription due to an error. Please refresh and try again. 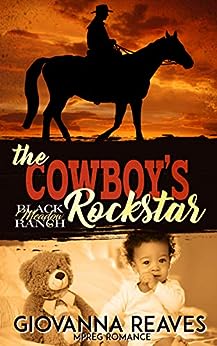 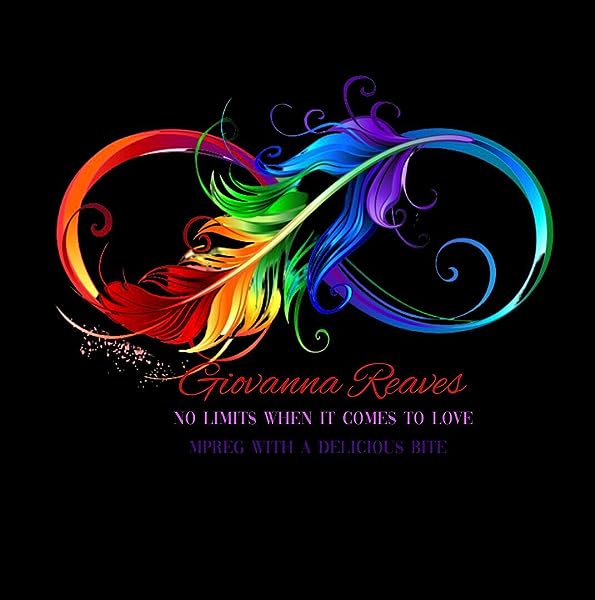 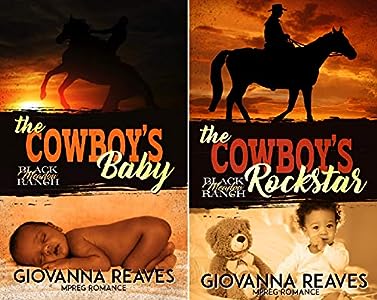 Kat T
5.0 out of 5 stars Slow-burn love and it feels so good
Reviewed in the United States on August 31, 2020
Verified Purchase
River's in a bad place when he gets to Black Meadow Ranch. Safe there, he's able to heal and find himself. My heart bled for him, all he's gone through. He's got trust issues, no surprise. Winston has his own hang-ups and trust issues. When they do get together, both of their inabilities to trust and lack of communication causes problems. Communicate people! I loved this story. Great characters, perfect flow, twists and turns, surprises, hotness, aww moments, drama, everything. River and Winston have great chemistry but there's also great relationship chemistry between minor characters, friendships and familial relationships. I loved how book 1 and 2 were connected and how the people were linked in surprising ways. It's a step up from book 1, expanding the BMR universe and I loved it. I definitely want more!
Read more
Helpful
Report abuse

derby
5.0 out of 5 stars Worth the wait
Reviewed in the United States on September 1, 2020
Verified Purchase
This is 5 stars for sure. It was worth the wait for Winston to get his HEA. We first fell in love with Winston from Book 1 (Kane & Cole's story). We knew there was a sweetheart under that gruff exterior. This story has everything from heartache, healing, love & redemption. Lots of sexy times with a little light BDSM, nothing hard core. More sweet babies to love and a great return to the ranch life. Buy this book, you won't be disappointed.
Read more
Helpful
Report abuse

BettyB
5.0 out of 5 stars The Cowboys Rockstar:(Black Meadow Ranch Book 2)
Reviewed in the United States on August 31, 2020
Verified Purchase
Love this series. I recommend this book written by Giovanna Reaves. I enjoyed reading about the love story evolving between Winston and River with the adorable children to compliment the family unit.
Read more
Helpful
Report abuse

Kindle Customer
5.0 out of 5 stars I loved this book
Reviewed in the United States on March 26, 2021
Verified Purchase
It has everything You want and a happy ever after, couldn't put it down. Worth every penny, can't wait for the next book.
Read more
Helpful
Report abuse

Obsidian88
4.0 out of 5 stars Hurt/comfort
Reviewed in the United States on September 15, 2020
River is a successful omega rockstar who has finally reached the end of his rope in the abusive relationship between himself and his manager. With the help of a band member, River is able to escape from his manager, the media, and the public by staying at the band members uncle Winston's ranch.
River is exhausted and emotionally drained when he reaches the ranch but he still notices that Winston is hot. Winston is drawn to River but two things make him.kerp his distance, 1. River doesn't need to jump into another relationship and 2. Winston has been fooled more than once by thinking he had met his "forever one".
Winston tries to keep his distance, but as River settles in at the ranch, other workers begin to notice the sweet new man on the ranch.
Winston and River are strong characters. Sometimes I thought they were too reactive to situations and should have stopped to listen instead of flying off the handle.
The story was well written, no editing issues, and the plot made sense. All good things. Like I said, both River and Winston were too reactive at times and caused unnecessary drama. For that I gave it 4 stars.
Read more
Helpful
Report abuse

Joscelyn Smith
5.0 out of 5 stars River 💜💜💜
Reviewed in the United States on August 31, 2020
I absolutely loved watching River break free of Otávio, right from the beginning I wishing someone would set is a#* on fire. Winston...I didn't hate him but he was so not my favorite, he was just so quick to jump to conclusions and demand trust he hadn't yet earned but he recognized what a catch River was so he had some redeeming qualities. Even with Winston begging for a smack I really enjoyed it, a great return to Black Meadow Ranch.

Howard
5.0 out of 5 stars Wonderful Book
Reviewed in the United States on September 1, 2020
I had the pleasure of reading this in advance and enjoyed it so much I bought a copy. River and Winston have a story that’s unique and rocky. River is has many secrets and Winston is quick to judge. The author straight up ask if I thought of this as heavy and my reply was this; it may come across as such in the beginning but it flows well. After reading the first one I couldn’t wait until this came out. I was not disappointed.
Read more
Helpful
Report abuse

Patricia Nelson
5.0 out of 5 stars Beautiful heartfelt story.
Reviewed in the United States on August 31, 2020
This was one hell of a fantastic, poignant, powerful, grab-you-by-the-feels, made-me-shed-tears-of-both-sadness-and-joy, amazing, slow burning, emotionally charged, heartfelt, beautiful, and totally awesome tale. I must admit to being severely tempted to smack some sense into certain characters, but the HEA ending more than made up for it. I would recommend getting this marvelous gem for yourself ASAP.
Read more
Helpful
Report abuse
See all reviews

EmilyRose
2.0 out of 5 stars Not as good as book 1...
Reviewed in the United Kingdom on February 20, 2021
Verified Purchase
So I really wanted to love this book, but sadly I was left disappointed. This is the second book in the Black Meadow Ranch series and, after really enjoying the first in the series, I was eagerly awaiting the release of this book. It follows the story of cowboy Winston and River, who is the lead singer of a rock band. River heads to Black Meadow ranch to hide from his manger/boyfriend who's been hurting and controlling him for years. It also brings back lots of familiar characters from book 1 which was good to see too.

At the start of the book, I liked how we got to know the characters but sadly the rest of the plot didn't live up to my expectations. When River actually arrives at the ranch, it all becomes a bit wishy-washy... By this I mean it's back and forward without too much actually happening. One minute they are getting along, the next they avoid each other. Then they go camping, then they have a fight out of nowhere. It drags on for ages where River is refusing to reveal to Winston that he doesn't believe he can have children but it's like a hang up where the story can't move on until it's dealt with...and it's not dealt with for far too long. I ended up losing sympathy for River and was shouting at my kindle telling him to get on with it!

I would just write all this off as the book being overly long with minimal action if it weren't for the fact that the ending is just far too similar to book 1. I saw the entire thing coming! And I know, I know, it's not a mystery suspense book BUT I was bored when I realised that it was going to be another ending where I reach 85% on my kindle and then magically out of thin air the bad guy appears, makes a half hearted attempt to ruin everything before he's quickly stopped and that's that. By the end, I found River to be annoying and childish -something I definitely didn't want to happen as I loved him at the start- and Winston was rash and needed to open his mouth and actually communicate. It shouldn't take me hours of reading to then reach the point where I'm still shouting at the characters.

Obviously, this is just my opinion. The book is well written (no errors, which always makes me happy) and it continues to build up the world of Black Meadow ranch. Personally, I won't be re-reading it again but that doesn't mean other people shouldn't give it a go.
Read more
Report abuse

Katymd
5.0 out of 5 stars Brilliant
Reviewed in the United Kingdom on September 18, 2020
Verified Purchase
Omg this book had everything it made me cry it made me laugh. There was a lot of action in it not just in the bedroom. There was parts mentioned about Rivers past that were horrible and when I read those parts I made sure I had tissue to hand.
Read more
Report abuse
See all reviews