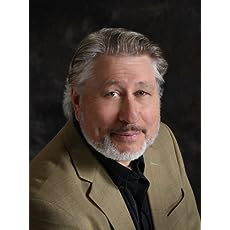 As a New York Times Best Selling fiction writer, Craig Parshall has authored or co-authored twelve suspense novels. His novels have been translated into multiple languages and have drawn high praise from the likes of veteran Hollywood filmmakers and producers Ken Wales and Phil Cooke, Publishers Weekly, and on his military thrillers, stellar marks from Lt. Col. Robert "Buzz" Patterson, USAF (retired) who carried the "nuclear football" for the President of the United States. In addition to his work as a novelist and magazine columnist, Craig is a constitutional lawyer and Washington insider who serves as Special Counsel to the American Center for Law & Justice. Craig has testified multiple times on civil liberty issues before committees of both the U.S. Senate and the House of Representatives and before the Federal Communications Commission regarding the future of American media, and has represented clients before the U.S. Supreme Court. He speaks across the nation on issues of free speech and religious liberty, faith, culture & creativity, and law, and was the founding director of a groundbreaking effort to develop a First Amendment paradigm for Internet-based social media and communication platforms. Craig is married to nationally syndicated radio talk-show host Janet Parshall.
Read more 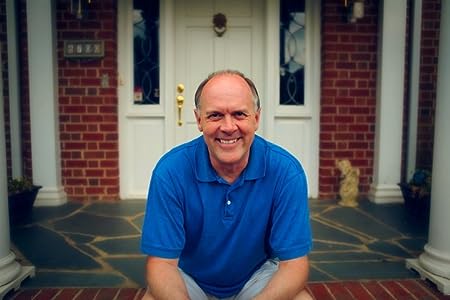 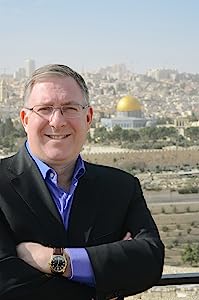 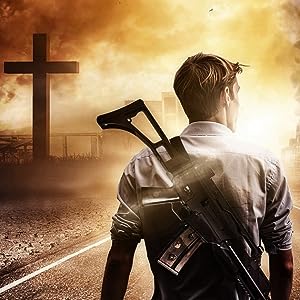 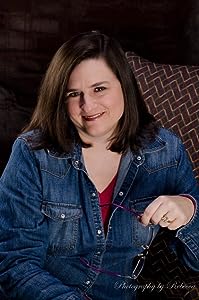 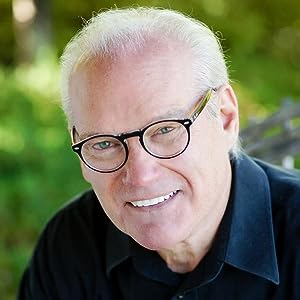 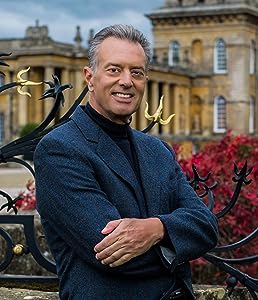 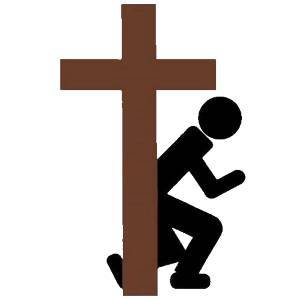 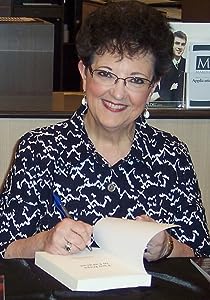 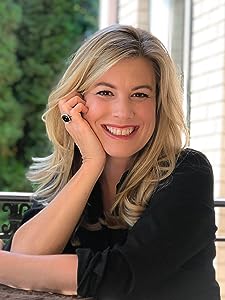 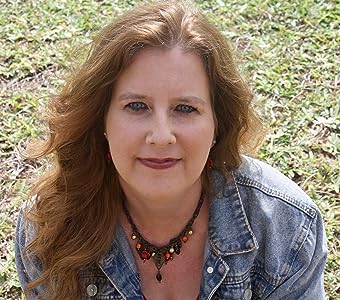 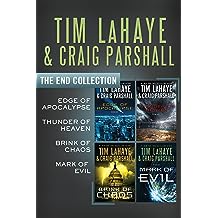 The End Series from Tim LaHaye and Craig Parshall—now available in one volume.

In this adrenaline-fueled political thriller laced with End Times prophecy, Joshua Jordan, former U.S. spy-plane hero turned weapons designer, creates the world’s most sophisticated missile defense system. But global forces conspire to steal the defense weapon, and U.S. government leaders will do anything to stop the nation’s impending economic catastrophe—including selling-out Jordan and his weapon. As world events begin setting the stage for the “end of days” foretold in Revelation, Jordan must consider not only the biblical prophecies preached by his wife’s pastor, but the personal price he must pay if he is to save the nation he loves.

As world events begin setting the stage for the “end of days” foretold in Revelation, Joshua Jordan must weigh the personal price he must pay to save the nation he loves.

Joshua Jordan remains in Israel during his self-imposed “exile” out of the reach of U.S. authorities who have trumped-up false criminal treason charges against him. As corruption in high government offices threaten to block the election of a worthy presidential candidate by all means necessary—including the unthinkable—Israel’s leadership is tempted to sign a “peace” proposal initiated by the UN under the authority of Coliquin. Are the recurring dreams Joshua has had about the coming rapture from God. And is the end sooner than anyone expects?

Ethan March, Jimmy Louder, and Rivka Reuban have been left behind in a world that is rapidly coming under the influence of the Antichrist. Technology is being used to control and dominate those who resist the Antichrist’s reign of evil. Each day, as more and more biblical prophecies are fulfilled, Ethan and the others in the Remnant struggle to survive in a world of ever-increasing chaos and desperation.When the forces of evil attempt to use the world’s most powerful information system for increasingly sinister purposes and eliminate everyone who gets in their way, it’s up to Ethan and the Remnant to subvert their purposes and instead use them for the glory of God. 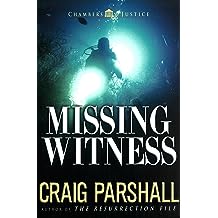 After a nerve-shattering encounter with military justice in The Accused, Craig Parshall's third novel, all lawyer Will Chambers wants to do this summer is relax with his wife, Fiona...

A long stay on the North Carolina coast seems perfect. But when Will reluctantly looks into a local inheritance case involving Jonathan Joppa, a down-on-his-luck preacher—

Will just wants to rest, but Fiona keeps insisting there's something missing...buried. Soon the two have had a near-fatal brush with smugglers—and together they've unearthed the truth: about a pirate's history, about Jonathan Joppa, and about two remarkable women—one in the past, and one in the present. 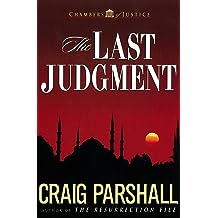 As a happily married husband and proud father of a nine-year-old son, the last thing attorney Will Chambers wants on his hands is a religious apocalypse.

Will defends a Christian convert from Islam against charges of causing a religious riot. When the attorney next hears from his client, Gilead Amahn, the self-styled prophet is under arrest. The top of Jerusalem's Temple Mount has been bombed into rubble, and Amahn is accused of having incited—by his fiery street preaching—a terrorist cult to do it.

Now the lawyer must uncover both the evidence and the key truth about his client's "mission." And further, Will must also make a final judgment about his role as a husband, a father...and a man. 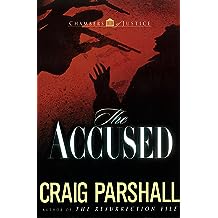 The Accused confronts attorney Will Chambers with the terrifying temptation to avenge the brutal crime that shattered his past.

Enjoying a Cancún honeymoon with his wife, Fiona, Will is ambushed by two unexpected events: a terrorist kidnapping of a U.S. official...and the news that a link has been found to the previously unidentified murderer of Will's first wife.

The kidnapping pulls the attorney into the case of Marine colonel Caleb Marlowe, who stands accused of the murder of civilians during a secret attempt to thwart the kidnapping.

Abandoned by the U.S. government, the colonel is ping-ponged to the International Criminal Court, with Will arguing his defense. When treachery drags Will and Marlowe toward vengeance, they must ask—Is forgiveness real? 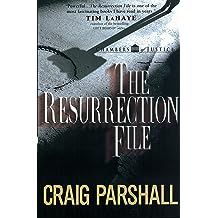 When a preacher asks attorney Will Chambers to defend him against accusations that could discredit the gospels, Will's unbelieving heart says "run." But conspiracy and intrigue draw him deep into the case...and closer to Christ. 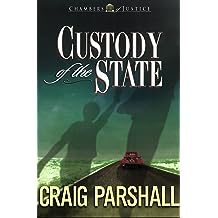 Tim LaHaye called The Resurrection File—Craig Parshall's first novel—"one of the most fascinating books I have read in years." Parshall continues with Custody of the State, another legal thriller with tightly drawn characters, tense courtroom scenes, and the struggle of a man to bring his beliefs into real life.

Attorney Will Chambers reluctantly agrees to defend a young mother from Georgia and her farmer husband, suspected of committing the unthinkable against their own child. Soon he's confronting small-town secrets, big-time corruption, and a government system that's destroying the little family.

Chambers must ask, does God really protect us from evil?—as intimidation, backroom maneuvering, and the shadow of a national threat throw him into...the custody of the state. 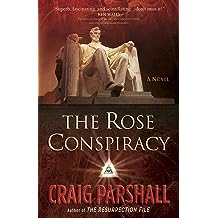 As the Smithsonian's president examines a newly discovered account of Abraham Lincoln's assassination, an intruder steals in, kills him, and disappears into the night with the document.

Blackstone finds himself uncovering the Mystic Freemasons' most guarded secret. He reluctantly turns to his uncle, a Bible-quoting Anglican priest and occult-religions expert. Enemies like a sorcery-obsessed billionaire English lord, a powerful U.S. Senator, and a ruthless prosecutor force Blackstone to employ all his cunning.

In the process, he is compelled to choose between spiritual counterfeit and Gospel truth, guilt and forgiveness...destruction and a new beginning. 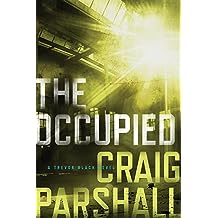 As a youth, Trevor Black unleashed spiritual forces he couldn’t comprehend. Years later, Trevor is a high-flying criminal defense lawyer in New York City, with a six-figure Aston Martin and a trophy wife. But in an extraordinary turn of events, he receives a burdensome gift: the ability to perceive the invisible. And the dark forces he now sees are all gunning for him.

When one of Trevor’s hometown friends is murdered, the MO is eerily similar to a shocking trail of murders that have already crossed the lawyer’s path. So Trevor must return home to find the killer. . . and face not only his own personal demons, but supernatural ones as well.
Read more
Other Formats: Audible Audiobook , Hardcover , Paperback , Audio CD 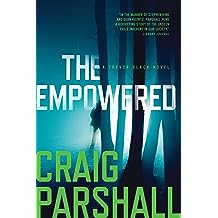 The Empowered (A Trevor Black Novel) Jan 9, 2018
by Craig Parshall
( 50 )
$15.19
Just when a mysterious death in Washington, DC, appears to have voodoo connections rooted in New Orleans, Trevor Black also receives an invitation to speak at the national ABA convention in the city.

He knows he’ll be in enemy territory, both as a disbarred attorney and as a follower of Jesus, but he determines to travel there and confront the supernatural element. Right after a grisly murder in his hotel room puts him on the suspect list, his daughter disappears, leaving a note that suggests a connection to the local cult religion. Now Trevor must not only crack the case but try to protect Heather from forces of darkness clutching at her soul as well. And just as he discovers that his ability to sniff out the supernatural has its limitations, Trevor learns that this web of evil extends far beyond isolated murders, enslaving scores of innocent children, with its head perhaps linked to the highest seats of power.
Read more
Other Formats: Audible Audiobook , Hardcover , Paperback , Audio CD