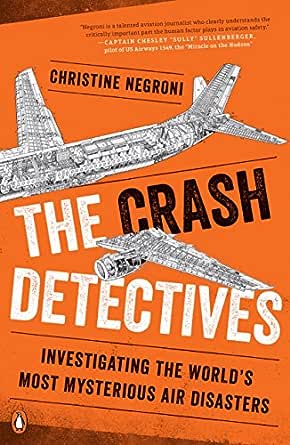 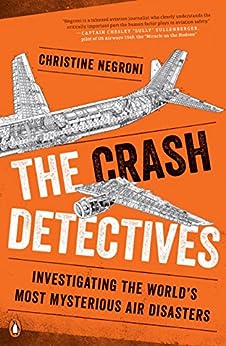 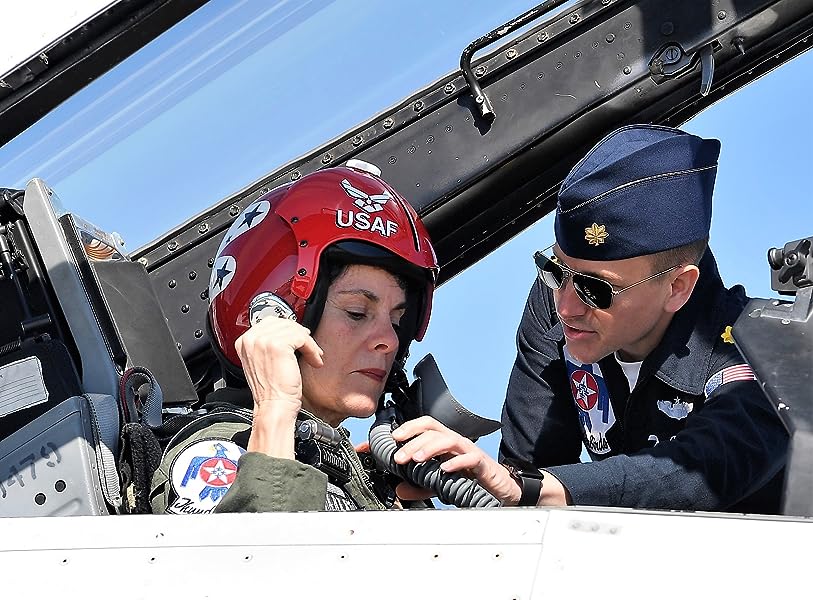 “Fascinating . . . For all the horror stories in The Crash Detectives, the reasonable reader will leave the book more sanguine about modern commercial airline travel than before.”
—Edward Kosner, The Wall Street Journal

“[The Crash Detectives] will bolster your knowledge of the mysteries of air travel. . . . Aviation journalist Christine Negroni uncovers behind-the-scenes stories of the industry’s most famous heroic saves, catastrophes and mysteries.”
—The Wall Street Journal (Books Every Geek Should Read This Fall)

“Christine Negroni is a talented aviation journalist who clearly understands the critically important part the human factor plays in aviation safety. She ‘gets it.’”
—Captain Chesley “Sully” Sullenberger, pilot of US Airways 1549, the “Miracle on the Hudson,” New York Times bestselling author of Making a Difference and Highest Duty (now adapted as the major motion picture Sully starring Tom Hanks)

“Negroni is no wanna-be aviation disaster geek. Her resume qualifies her to understand aviation accidents and speak and write with knowledge about them. . . . This is a must-read for those caught up in the whys and hows of aviation accidents.”
—Scott Hamilton, Leeham News and Comment

“I devoured this book. It was extremely interesting.”
—Ron Seggi, USA Radio Network

“In The Crash Detectives. . . . journalist and crash investigator Christine Negroni looks at numerous air crashes—from Earhart’s in 1937 to the 2014 disappearance of Malaysia Airlines Flight 370—and explores the different theories about what might have happened and why it can be so difficult to get to the truth.”
—Chicago Tribune

“Recommended. . . . The aviation journalist has her own theories about what really happened to Malaysia Airlines Flight 370 . . . which led her to explore plane crashes and ‘miraculous saves’ that have occurred over the decades, discovering en route startling revelations.”
—Sacramento Bee (12 new nonfiction titles for fall)

“[The Crash Detectives] makes a compelling case. . . . It puts [MH370] into context by chronicling a string of . . . mysterious air disasters. . . . And it plumbs the reasons why some accidents are particularly hard to crack.”
—Condé Nast Traveler

“Has this aviation journalist solved the mystery of MH 370? Negroni’s quest to find answers, and to place MH 370 in the historical context of plane crashes and disappearances, was the inspiration for The Crash Detectives.”
—Observer

“The evolution of air safety is rooted in catastrophe. Christine Negroni pulls back the curtain on the people, the places, and the tragedies that have shaped this process over the decades—an unflinching look at a system that most of us take for granted.”
—Patrick Smith, air travel blogger and bestselling author of Cockpit Confidential

“Mysteries are always fascinating; aviation mysteries are especially so because they involve ordinary people. In The Crash Detectives, Christine Negroni combines her investigative reporting skills with an understanding of the complexities of air accident investigations to bring to life some of history’s most intriguing and heartbreaking cases, reminding us that even in the 21st century, aviation still holds elements of the unknown.”
—Bob Woodruff, ABC News

“This is a completely fascinating book that will interest everyone and belongs in every aviator's library.”
—Patty Wagstaff, aerobatic national champion pilot