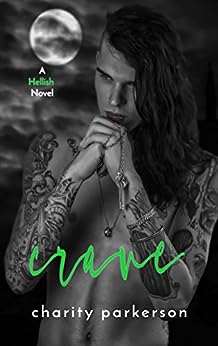 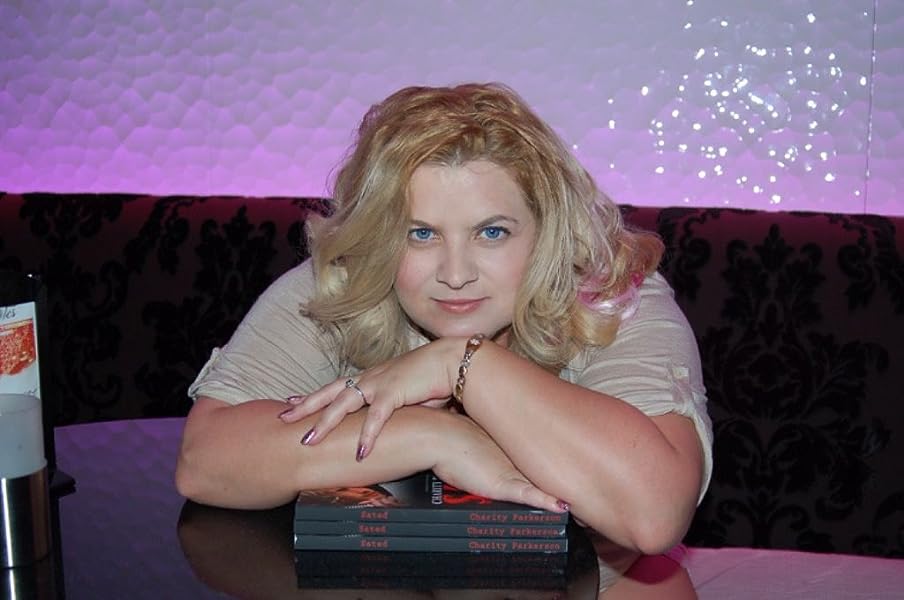 by Charity Parkerson (Author) Format: Kindle Edition
Book 3 of 15: Hellish
See all formats and editions
Sorry, there was a problem loading this page. Try again.

Lire is a demon. An addiction. A curse. Dougal’s only hope.

Now that the Hellish clan has their first real lead on the whereabouts of the demon pack they’ve been hunting, they’re off to New Orleans, minus one—Dougal.

When Dougal traded his life for Jonathan’s, he had no idea what he’d done. He’d expected the demon, Lire, would kill him—not keep him as a toy. With his mind a mess and no hope in sight, Dougal’s completely at Lire’s mercy. Luckily, Lire has one weak spot, and his name is Jonathan.

In this third installment of Hellish, Jonathan’s attention is split between helping Dougal find a way to survive the damage he suffered as Lire’s prisoner and saving the world from whatever the demons have planned for the humans. With Mammon, the fifth prince of hell running loose, things aren’t looking great.

With the help of new friends and old, Hellish might have a shot at stopping Mammon from unleashing his evil on the world. Then again, sometimes greed wins the day.

This isn't the end.

Charity Parkerson is an award winning and multi-published author with several companies. Born with no filter from her brain to her mouth, she decided to take this odd quirk and insert it in her characters. * Seven-time Readers' Favorite Award Winner *2015 Passionate Plume Award Finalist *2013 Reviewers' Choice Award Winner *2012 ARRA Finalist for Favorite Paranormal Romance *Five-time winner of The Mistress of the Darkpath Connect with her online: --Website: charityparkerson.com --Facebook: facebook.com/authorCharityParkerson facebook.com/TheMenofSin --Twitter: twitter.com/CharityParkerso --This text refers to the paperback edition.

Brigitte
4.0 out of 5 stars So much better than book two.
Reviewed in the United States 🇺🇸 on July 7, 2021
Verified Purchase
Jonathan has really come in to his powers and is awesome. Great story. Really great story. So happy for Dougal, Faollen and Lire.
Read more
Helpful
Report abuse

Kindle Customer
4.0 out of 5 stars An awesome MM/Vampire paranormal series
Reviewed in the United States 🇺🇸 on November 1, 2017
Verified Purchase
An awesome MM/Vampire paranormal series! Although, maybe MMM is a better way to put it. This author is at it again with the fast paced world of this Scottish vampire clan that is pieced together with some really interesting characters. You have to have read the other books to know what it going on, and these are quick easy reads (and I mean that in a good way!). Johnathon takes a back seat to Dougal's life and what he has given up to help his clan, and King! Faolan and Lire make a heady combination of a lover for Dougal but it's sexy as hell! Like the two before it, there is a lot going on in this read (characters, events, good guys/bad guys..) to keep track of, but it's worth the crazy ride these boys take you on. Vamps, demons, Goddesses...can't wait for more!
Read more
Helpful
Report abuse

Daniel Bowen
4.0 out of 5 stars Crave - Hellish Series --
Reviewed in the United States 🇺🇸 on June 6, 2018
It's been awhile since I read the first two books in this series. Fortunately they're all on KU so if you're curious about a series with demons, vampires, and humans. . . So Jonathan is a human reporter with hidden depths. In this story he's physically changed and claimed, two strong mates, and new challenges. How Jonathan stays sane is anyone's guess.

But Jonathan has friends, his mate, his clan, and the vampires in New Orleans. This book focuses on Dougal, a vampire, and how he's coping after trading his life for Jonathan's. He wants to die, he has nothing to live for, he struggles, and it takes resolving the past to find purpose. Accepting Faolan and Lire takes time but brings closure. This isn't a HEA for them but more of a HFN. Meanwhile their clan is growing, a king is acknowledged, and the plot thickens.

There were a few formating problems (The story ends and the next line starts the author blurb) Another was the dynamics of Dougal and Faolan during sex and the mix up of their names and positions. (One's on the bottom but speaking from the top yet on the bottom in the next sentence). Despite all this it was a good book, very creative and interesting. 3.5 stars -- Read on Kindle Unlimited -- Dan's Wife
Read more
One person found this helpful
Helpful
Report abuse

Mrs. Readsalot
4.0 out of 5 stars "Physical pain is nothing. It's the mind that controls your torture."
Reviewed in the United States 🇺🇸 on October 17, 2017
This is the third book in the Hellish series. You need to read the first books in order to have a shot at understanding this one. Trust me on that!

I read most of this book with my jaw hanging open. I honestly wondered numerous times, "What the heck is going on in Charity Parkerson's brain??" She has taken a paranormal plot with tons of crazy supernatural events and amped them up into the stratosphere. I actually just deleted my thoughts on the details of the plot of this book because you know what? You have to read it. It's sexy. And dramatic. Intense. Dougal's addiction to and desire for Lire is a palpable thing. And in the midst of these very serious happenings, the characters toss out the funniest comments to each other. The comic relief is welcome.

I have not seen if there is a book 4 in this series. But there better be. Now we have Dante. And Baptiste. Niall's brother, and a few others. There must be more - I think I'm addicted.
Read more
2 people found this helpful
Helpful
Report abuse

Jennifer Veer-Boyes
5.0 out of 5 stars Great Read
Reviewed in the United States 🇺🇸 on April 11, 2021
These books are great. I love how all the characters continue to be in each book and the focus isn’t just on one couple. I can’t wait to see where this series takes us.
Read more
One person found this helpful
Helpful
Report abuse

S
4.0 out of 5 stars So, when does the next installment come out?!?
Reviewed in the United States 🇺🇸 on December 4, 2017
Again, such a ride. I am truly liking this series. Besides the sexy times, I am really enjoying the whole demon storyline. I am actually a big Lire fan and hope things work out to where he is able to be physically near Dougal again. My only complaint is that is seemed a bit fast after Cin was kidnapped, and that’s all I’m saying about that :)
Read more
Helpful
Report abuse

Kindle Customer
4.0 out of 5 stars A king is born
Reviewed in the United States 🇺🇸 on May 11, 2019
Jonathan becomes the leader of the vampire clan in this Hellish installment. Again, we're entertained with sex, battles, and a strange world of demons versus vamps. A Goddess even makes a timely appearance.
Read more
Helpful
Report abuse

C K
5.0 out of 5 stars Another great one to the series
Reviewed in the United States 🇺🇸 on November 4, 2018
While it may be Dougal's story, each book still incorporates a lot with all the characters. I can't say enough what a good series this is. Great story line that while there is always more to come in the next book, you aren't left hanging at the end of each one. Don't miss these mighty men of all different sorts!
Read more
Helpful
Report abuse
See all reviews

Rowan
5.0 out of 5 stars Crave
Reviewed in the United Kingdom 🇬🇧 on March 21, 2018
Verified Purchase
This series gets better with every book. Jonathan has come into his powers and is determined to get rid of the demon pack who seems to always be one step ahead.
Read more
Report abuse
See all reviews
Report an issue
Does this item contain inappropriate content?
Report
Do you believe that this item violates a copyright?
Report
Does this item contain quality or formatting issues?
Report