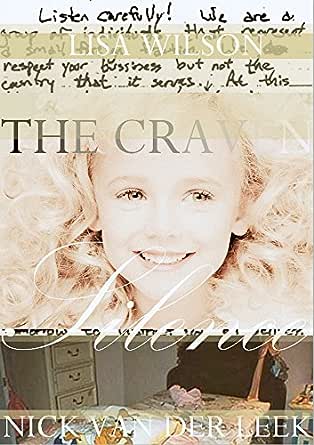 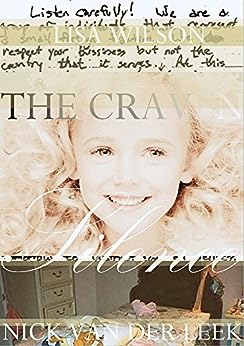 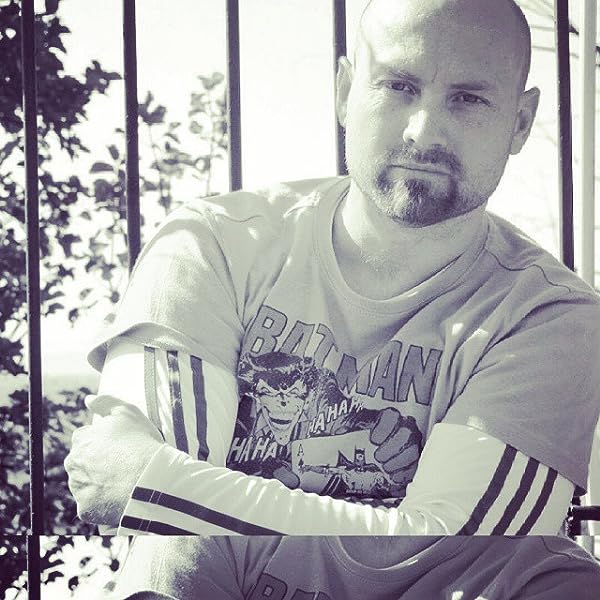 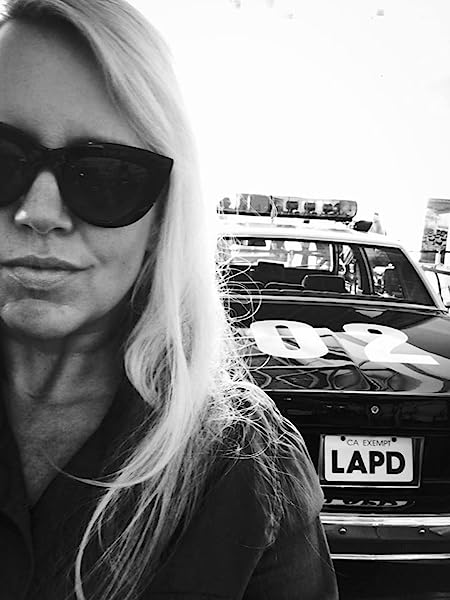 3.6 out of 5 stars
3.6 out of 5
41 global ratings
How are ratings calculated?
To calculate the overall star rating and percentage breakdown by star, we don’t use a simple average. Instead, our system considers things like how recent a review is and if the reviewer bought the item on Amazon. It also analyzes reviews to verify trustworthiness.
Top reviews

Roy A. Crocker
3.0 out of 5 stars Worth checking out
Reviewed in the United States on October 13, 2016
Verified Purchase
I'd recommend this for true JonBenet case fanatics only. These authors often run off on wild speculative tangents that lead nowhere useful but they do cover a great deal of ground and there are tidbits of evidence here and there that I've not come across before. For Newbies on this notorious case the one indispensable book is Steve Thomas comprehensive work covering his two years spent working this maddening case for the Bolder PD. Although I strongly disagree with his view on Patsy Ramsey's possible involvement in her daughter's death his book lays out in stark detail why this case went nowhere and never will be solved. These two noted crime authors go off the rails in my opinion in demonizing Patricia Ramsey who I feel is the 2nd victim from that terrible tragedy on Dec 25, 1996. Of course she wrote the fake ransom letter and possibly took part in the staging of JonBenet's body to mislead investigators away from the actual attacker. Why would she do that? In her own words to the DSS "If I lost burke as well I'd have nothing to live for".
Read more
10 people found this helpful
Helpful
Comment Report abuse

melissa manzella
5.0 out of 5 stars Having read two books on this crime that I considered to be extremely good, neither held a candle to this one
Reviewed in the United States on October 4, 2016
Verified Purchase
Another superb job here by authors Nick Van Der Leek and Lisa Wilson! After tackling such cases as that of O.J. Simpson, blade runner Oscar Pistorius, and the now exonerated Amanda Knox, these two turn their attention to on one of the most sensational crimes in modern American history, the heartbreaking murder of six year old Jon Benet, and they've created another page turner in the process. The somber reality of the crime is quickly set with a bit of masterful writing toward the opening of the narrative, and involves the juxtaposing scenes that fateful morning, a lifeless Jon Benet lying on a cold basement floor beneath floors above that still held the festivities of Christmas, the lights and newly opened presents, and all things Christmas 'should' be, but wasn't. The reader is transported to that house, experiencing the almost schizophrenic disparity between the two scenes. Oddly, trumping the sheer horror these scenes evoked, the simple emotion of profound sadness prevailed. It was Christmas, and a child lay motionless forevermore. Although the ransom note had been examined by others through the years, it was a treat that these two took the time to do so as well. Fresh insights were documented, and an astute Van der Leek noted the importance of 'who' was chosen to be the author of the note (of the two probable authors), and also interesting was the relevance noted of the order of the desisions made by these parties on the morning following Jon Benet's death. Author Wilson does fantastic justice to exploring the eccentricities of Patsy Ramsey, and especially regarding Patsy's illness, and how it likely played in these behaviors, as well as how her resulting faith might have compounded her problems further. She really hits this out of the park, and this is another strength of these authors, the knack of sorting personalities of their narratives characters. In a twenty year old case fraught with missteps by police, unforgivable political considerations by various D.A.'s over the years, deceptive witnesses, and evidence designed to confuse, this narrative still succeeds in bringing focus to what is relative. The reader is provided the impetus to brave it all, and in the process, gain the capability to form sensible opinions about not only those possibly responsible for this horrendous crime, but an understanding of the obfuscation so many participated in. This was a solvable crime all those years ago, and it's really another crime in itself that charges were not brought then. Having read two books on this crime that I considered to be extremely good, neither held a candle to this one, and neither provided the much needed clarity this one has. Three components are always present in the narratives of these authors, and they are incisive writing, thorough research, and an undeniable empathy for the respective victims. This last component really can't be underestimated, and especially in a case as tragic as this one was, and one that still lacks justice. This reader thinks it's been solved, although the authors very credibly give plausible motive to several characters, and allow the reader to interpret it all for themselves. It remains to be seen if this crime will ever see the court of law that it should have, and a six year old receive the justice she deserved. With investigative journalists like these two though, there just might still be a shot.
Read more
16 people found this helpful
Helpful
Comment Report abuse

Jane Vaughan
5.0 out of 5 stars Christmas should bring a child Joy, not inept police, and questionable parental behaviour
Reviewed in the United States on September 26, 2016
Verified Purchase
I thoroughly enjoy reading these series of books. These provide a superior quality of crime scene analysis, at least, as much as possible given the information is limited, and they are thoroughly thought provoking as well as the fact they push us to realize what a tragic case this is. A beautiful little girl was taken, with no justice yet, nor likely. JonBenet deserves more than she received from her family & police. Maybe this series will lead to her resting in peace, and someone else not.
Read more
13 people found this helpful
Helpful
Comment Report abuse

Laurie
3.0 out of 5 stars Just okay
Reviewed in the United States on December 20, 2017
Verified Purchase
Although interesting enough, This book does not provide anything that we haven’t already heard before. I was surprised to see typos and many references from online blogging sites. Also annoyed that the Author references book number 2 and 3 for more details. This could have been covered in this one book.
Read more
3 people found this helpful
Helpful
Comment Report abuse

SCBindesert
5.0 out of 5 stars Interesting and detailed
Reviewed in the United States on January 5, 2020
Verified Purchase
I had only followed this case from the msm’s narrative/perspective at the time of the murder so this book provided a lot more information and facts I was not aware of. I found it to be a good read and interesting as well.
Read more
Helpful
Comment Report abuse

LonestarAK
2.0 out of 5 stars A little new imformation and a lot of copy and paste.
Reviewed in the United States on March 6, 2017
Verified Purchase
I'm not site whether I'm glad I read this book or not. Most of it is just copy and pasted from the internet. The few pages they actually wrote tell you what's going to be discussed in the other books, what's coming up later or is some stupid. confusing attempt at trying to be some deep philosophical metaphor chasing rabbits and choosing imaginary boxes. There's no type of order to it; the referencrs are not in chronological order or dated, many times you don't even know who's being quoted.

I read these books to try to glean new knowledge and figure out what happened to JonBenet. If I wanted some poetic Mumbo-Jumbo, I wouldn't be looking for true crime books!

That being said, there are some new nuggets of info that I was previously unaware of so I guess I'll be suffering through the series, but its against my better judgment.

BTW Writers please try to figure out some other words to express frustration. Expletives are inappropiate when people are spending their money to buy your book. They add no value--only serve to make you look bad.
Read more
10 people found this helpful
Helpful
Comment Report abuse

Kindle Customer
5.0 out of 5 stars Excellent
Reviewed in the United Kingdom on September 25, 2016
Verified Purchase
This case has always interested me and I have read many books on the subject. This book goes through all the evidence and characters with a fine tooth comb. It is by far the best I have read on the subject. I'm looking forward to part two in October.
Read more
3 people found this helpful
Report abuse

D.L.P
5.0 out of 5 stars Brilliant
Reviewed in the United Kingdom on February 10, 2017
Verified Purchase
What a brilliant book, I couldn't put it down. It answered some of my questions I had, go get it...
Read more
2 people found this helpful
Report abuse

jane jones
4.0 out of 5 stars Four Stars
Reviewed in the United Kingdom on June 15, 2017
Verified Purchase
this was good
Read more
Report abuse

PDIM
5.0 out of 5 stars Relentless tenacious search for the truth
Reviewed in the United Kingdom on March 17, 2017
Verified Purchase
As usual Nick and Lisa get right down to the bone! Must read the rest of this series.
Read more
One person found this helpful
Report abuse
See all reviews