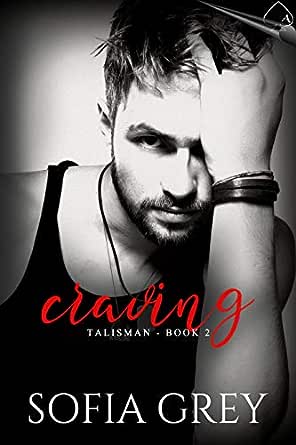 You've subscribed to Talisman! We will preorder your items within 24 hours of when they become available. When new books are released, we'll charge your default payment method for the lowest price available during the pre-order period.
Update your device or payment method, cancel individual pre-orders or your subscription at
Your Memberships & Subscriptions
There was an error. We were unable to process your subscription due to an error. Please refresh and try again. 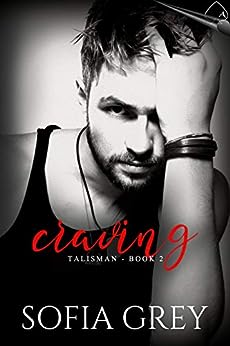 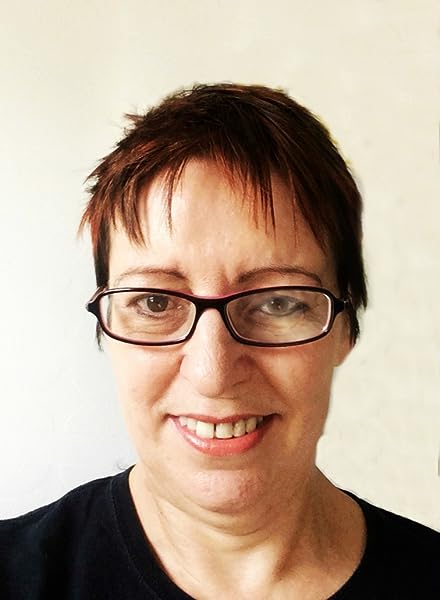 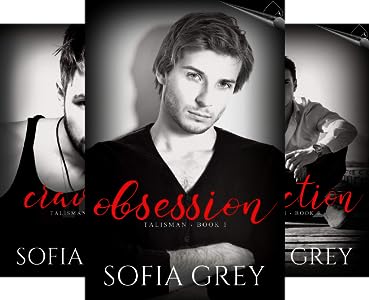 "Fans of the Talisman series will absolutely love this one. It was high octane from beginning to end!I loved the twists and turns of the story as the author navigated the various facets of Dante and Katherine's relationship. I was holding my breath until the words, "The End" because the story held the reader in its thrall. Grey definitely has an amazing gift to weave a tale that is gritty, intriguing,and simply sexy!" -The Book Chick
"This story was fast paced and was full of action. Lots of pieces start to fall into place and the supernatural aspect of the series becomes a major part of it. There are ghosts, demons and angels.Some whose roles we figure out and some whose future roles are only hinted at. There was so much going on and being revealed that I couldn't put this book down. And Dante...........as I may have mentioned, he was yummy. I adored him. He and Katherine were really good together and I'm a sucker for the bad boy changing his ways to get the girl. I enjoyed everything about this book and I highly recommend you check out this series." -Night Owl Romance

"This story flowed very nicely with a great mix of intrigue, romance, paranormal deliciousness and wait. WTF JUST HAPPENED?I loved the twists and turns and while there is no throw your kindle against the wall type of cliffhanger, it does set up NICELY for book 3." -prufreads

"This one managed to hit that emotional angst spot in a similar way without being a retread of the previous book and I look forward to the next one." -NeverKissAndBlog

"A paranormal read that will scare you as much as it intrigues you." -Cocktails and Books

4.4 out of 5 stars
4.4 out of 5
16 customer ratings
How does Amazon calculate star ratings?
Amazon calculates a product’s star ratings based on a machine learned model instead of a raw data average. The model takes into account factors including the age of a rating, whether the ratings are from verified purchasers, and factors that establish reviewer trustworthiness.
Top reviews

angelblue
5.0 out of 5 stars WOW! Loved it!!
Reviewed in the United States on June 1, 2014
WOW... That is all I can think of after finishing Craving. Sofia Grey has blown my mind with this one! I was on the edge of my seat through the whole read. I was hooked from the beginning! It was non stop action and I have to say that by the time that I got to the last 30% of the book or so my anxiety was ratcheting up. I had NO clue how Dante and Katherine were going to manage to have a HEA after everything that happened. I kept looking at the percentage to the end of the book dwindling down and kept thinking Nooooo! There's not enough time! And I LOVE when authors do this to me! It makes everything so exciting. Craving was thrilling, suspenseful, had a great plot and HOT! OMG Dante was a dream come true. Gorgeous tatted biker dude with piercings? Yeah baby...bring it on! Katherine was an awesome heroine too. She was strong willed and brave which is a must in my opinion. I can't stand when some PNR books have strong male heroes but the heroines are meek and frail. Katherine was none of that and she held her own through the entire book. We also get to see Josh and Suki from the previous book and they played a prominent roll in Craving. The last part of the story flew by and now has me chomping at the bit for the next book! The ending was perfect to me and I can not wait to see what comes next in the series. If you love your PNR fast paced and smexy then Craving is the book for you!

Michelle
5.0 out of 5 stars Diving deeper down the rabbit hole and loving every minute of it...
Reviewed in the United States on July 8, 2014
Like the first book in this series, this one immediately sucks you in, getting you caught up in the lives of the characters and in trying to puzzle out what's going on around them. You'll quickly find yourself lost in all the labyrinthine twists and turns, sure that the answers are just around the next corner as it were only to find that they're still nowhere in sight. But you won't care because the tapestry that's being woven is so fascinating that half the fun is watching to see which threads will be chosen and where they'll be laid in at.

Katherine initially appears to be the stereotypical college student with a rich daddy supporting her. This impression is quickly dispelled, however, when she invites Dante back to her godparents' home when she finds that he's preparing to sleep in the abandoned air control tower where they'd just held a séance. We quickly find out that she's really a very intelligent and down to earth sort of gal who's been having to make the best of life with a tyrannical father who's perhaps even more cold-blooded and heartless than Gabriel was in the first book, though we only really get a few glimpses of him here. As her relationship with Dante progresses, she shows that she has strength and determination to meet obstacles head on, and it's clear that she will very much be an active partner in whatever life they build for themselves.

We first met Dante in the first book, though we only got a brief look at him there when Josh encountered him holed up in a vacant house. He really gets to come into his own here, and we learn not only his history, but also that there is a lot more to him than just a brash, tattooed biker guy psychic. True, he's involved up to his eyeballs in a lot of shady dealings, but we're shown that he really is a truly upstanding guy at heart and that his reasons for doing the things he does are wholly commendable.

As I mentioned in the intro, this book quickly pulled me in and kept me fascinated the whole time I was reading. I love the intricate plots that Ms. Grey is weaving in this series, and I also love how almost nothing is predictable here. Romances, even romantic suspense books, so often fall back on predictable tropes and plotlines such that even though the characters and the exact situations differ you still know what's going to happen in the end and much of what will happen along the way. Not so with this book, for just when you're sure that something is going to happen or turn out a certain way, it doesn't, and things take a turn and go off in another direction entirely. It is this unpredictability, as well as the author's skill at continually dangling the answers you're so desperately looking for just out of reach that makes this such a page turner.

If I have once complaint about this, it's that I think the major conflict, along with one or two of the lesser conflicts were all resolved just a bit too quickly and easily in a rather deus ex machina manner. Though you won't really realize this fact right away since it's masked as a seeming narrow escape and it's not until later that you realize that really was it. While that makes the final resolutions a bit anticlimactic in feel, not everything is tied up with a neat bow and there are still some issues left unresolved at the end along with a last paragraph teaser that a whole new crisis is about to descend.

Overall I can highly recommend this book and series to anyone who likes paranormal romance as well as romantic suspense, or even just anyone who likes a good mystery and to watch complicated plots slowly unfurl. If you haven't read book one, you can understand this one on its own, but I'd highly recommend reading it first so you'll be able to really understand the references to previous events and people. While I think my true rating on this would be about 4.5-4.75 due to the complaint mentioned above, I had no qualms in rounding this one up to a full glowing five stars because of it's innovativeness. Do yourself a favor and read this series.
Read more
One person found this helpful
Helpful
Comment Report abuse

Ahmazing book faerie
4.0 out of 5 stars Another great story from an up and coming author......Read This series!
Reviewed in the United States on June 6, 2014
This book was sent to me by the author, in return for reviews that were honest Here is my review.

Once again Sofia Grey has given us great strong characters with a purpose.

I fell for Dante in Obsession and nothing has changed for me, except the man has gone and got himself tangled up with Katherine (Kitten) Fitzwarren.!!!

This is a wonderful continuation of the story Ms Grey started in Obsession, with all the main characters having large parts to play in the overall story. This has lots of twists and turns and yes, we even get to revisit with the horrible Gabe from Obsession.

I was horrified when I got to 20 pages from the end, and couldn't possibly see how we could get a HEA for the beautiful Dante, and his Kitten, but in 20 pages Ms Grey turned the whole story around and there it was!, along with a huge opening for the next book, and a way to answer so many more questions brought up in this book.

Sue MacKenzie
5.0 out of 5 stars Attention holding
Reviewed in the United States on September 30, 2019
Another totally addictive read by Sofia Grey.
Full of paranormal action and so worth it, another story of hers that I found hard to put down.
The two main characters are not as unlike each other as they think in the beginning and it was fun to see them come to that realization.
This has peaked my interest and I look forward to reading the next in the series.

I received and ARC from the author and am leaving my own personal review.
Read more
Helpful
Comment Report abuse
See all reviews from the United States