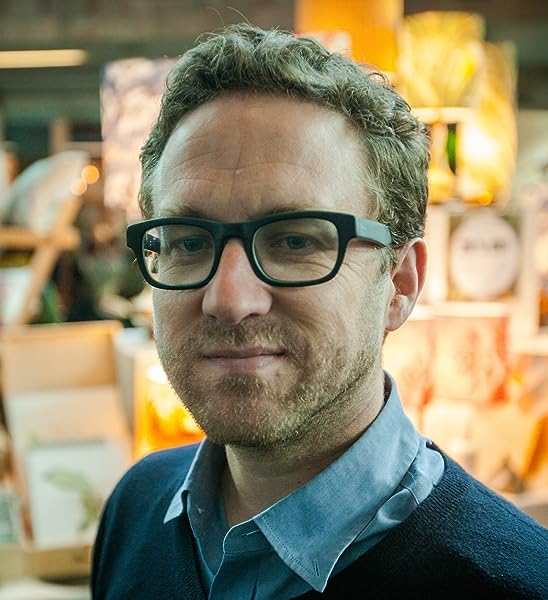 Start reading Creating Cities on your Kindle in under a minute.

Tom Crouser
5.0 out of 5 stars Very Interesting Concept
Reviewed in the United States on September 2, 2016
Verified Purchase
Very interesting concept that could work in many places. It sorta sets conventional wisdom on its head; but then, when you think about it, this is conventional wisdom only we don't recognize it. Westbury guides us skillfully through the in's and out's of developing and his story. Very good read.
Read more
2 people found this helpful
Helpful
Comment Report abuse

Behind Camera
5.0 out of 5 stars Required Reading for Everyone.
Reviewed in the United States on January 5, 2016
Verified Purchase
Westbury's book should be required reading for city planners, artists, or anyone who lives in, has ever lived in, or has ever visited a city. That includes you. There's simply no good reason to not buy this book immediately.
Read more
One person found this helpful
Helpful
Comment Report abuse

Johannes
5.0 out of 5 stars Primer for struggIing second tier cities
Reviewed in the United States on October 29, 2015
Verified Purchase
The author does an excellent job of telling his story about Renew Newcastle. It's an excellent primer for those in similar cities to help illuminate ways to build a grassroots effort that can breathe new life into empty downtown corridors. Personally, I read this to see how I might help my second tier city of Tacoma, Washington in the USA.
Read more
Helpful
Comment Report abuse

Jessie Stanley
5.0 out of 5 stars Honest, clever and full of integrity - I agree; there is most certainly genius in this book.
Reviewed in the United States on September 18, 2015
Verified Purchase
A sobering and inspiring wake up call that if we dare to dream, create, and do we can impact the lives of those around us, and shape the fabric of our community. I would recommend this book highly to anyone and everyone - from the high school kid beginning to realise the worlds possibilities - to the somewhat jaded professionals who have forgotten. Thank you Marcus Westbury :-)
Read more
One person found this helpful
Helpful
Comment Report abuse

Rodney Veal
5.0 out of 5 stars Inspired and spirited
Reviewed in the United States on May 5, 2016
Verified Purchase
A great conversation starter and inspiration for all change agents and creators needing that spark to continue taking risks. Awesome read!!
Read more
Helpful
Comment Report abuse

M. W. Jameson
5.0 out of 5 stars How to revitalise a city without a Grand Prix.
Reviewed in the United States on September 16, 2015
A really engaging book - fun, insightful, creative, practical, and a little inspiring if you're the sort of person (like me) who wonders how a dilapidated street could become revitalised. Marcus Westbury has genuine first-hand experience in helping a city centre come back from the brink of terminal despondency. He and his 'Renew Newcastle' crew created a scheme where dozens of empty premises became shops, galleries and office-spaces in his (and my) hometown of Newcastle, Australia.

People have suggested it isn't really that hard to get a bunch of creative types to move into empty buildings. Maybe it isn't, but getting the owners and legislators to accept it and even to encourage it is another matter. The Renew scheme meant reassuring agreements were drawn up where occupants guaranteed they'd look after the premises and actually be there, not just pop in one afternoon a week, and that they'd move out as soon as the owner needed them to. Failures were expected, and they happened, but they were low-risk failures and happened quickly, and everyone learned. Quite a few succeeded, some succeeded spectacularly. It might seem simple in retrospect, but the beauty of this book is how the practical and financial concerns of building owners were matched with the aspirations of makers, artists and business people to create unexpected energy. Revitalisation sometimes comes from grand projects, but here it came from the ground up, from hundreds of people having a go. The Renew model has been used now in dozens of places. 'Creating Cities' is a concise and entertaining summary of how it came about.

Tanya-Maree Hunter
5.0 out of 5 stars Inspiring Read!
Reviewed in Australia on October 13, 2015
Verified Purchase
Great reminder that creating results by working with what you have instead of waiting for the perfect circumstance. A very inspiring read.
Read more
Report abuse
See all reviews