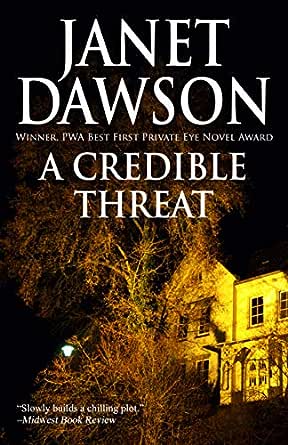 You've subscribed to The Jeri Howard Series! We will preorder your items within 24 hours of when they become available. When new books are released, we'll charge your default payment method for the lowest price available during the pre-order period.
Update your device or payment method, cancel individual pre-orders or your subscription at
Your Memberships & Subscriptions
There was an error. We were unable to process your subscription due to an error. Please refresh and try again. 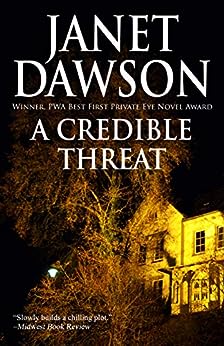 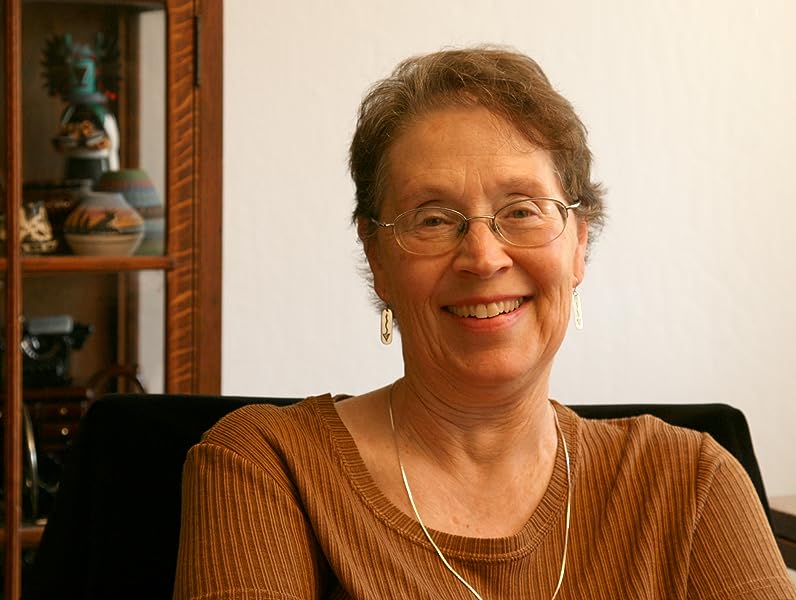 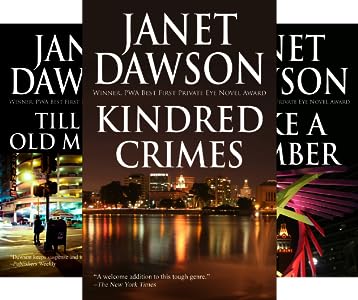 "Thoroughly satisfying . . . As usual, Dawson offers a well-constructed plot and smoothly polished writing."
--Booklist --This text refers to an out of print or unavailable edition of this title.

California PI Jeri Howard, seen last in Nobody's Child, takes a deliciously suspicion-saturated interest in everyone around in her latest adventure. That doubting stance makes the best part of this tale, which begins with harassing phone calls and some flattened flora and is strong-armed to a gun-waving finale. Vicki Vernon, the daughter of Jeri's ex-husband, calls for help when she and her housemates, all U.C. Berkeley students being threatened by menacing phone calls, find their garden has been trashed. The group of eight offers Jeri a wealth of possible leads: Vicki and another are pestered by an obnoxious man they refuse to date; one encounters "frightening people" when she volunteers at an abortion clinic; another works at a center for battered women. A few, Jeri learns in her probing, have omitted bits of their history when talking with her. She hasn't made much headway when a pipe bomb is tossed through the front window. Leaving most of the college crowd behind, Dawson sets a related mystery behind the current danger, one that hinges on an old unsolved homicide case that Jeri investigated eight years earlier. This plot twist and a sprinkle of coincidence heightens the narrative's melodrama but, despite the title, reduces its believability.
Copyright 1996 Reed Business Information, Inc. --This text refers to an out of print or unavailable edition of this title.

West Coast mystery a la Nobody's Child (LJ 8/95).
Copyright 1996 Reed Business Information, Inc. --This text refers to an out of print or unavailable edition of this title.

Dawson's likable heroine, Berkeley private eye Jeri Howard, continues to gain fans. This time out, she is involved in what looks like a simple harassment case. Vicki Vernon, Jeri's former stepdaughter and a student at Berkeley, shares a house with half a dozen fellow students. Vicki asks Jeri for help when a series of vaguely menacing phone calls and incidents of petty vandalism plague her housemates. Jeri figures the caller/vandal is probably a spurned boyfriend or practical joker, but when a pipe bomb is thrown through the window of the house, the ante is upped. Jeri begins looking into the backgrounds of Vicki's housemates, and her digging soon reveals that the case is rooted in a years-old unsolved murder that has dangerous repercussions for one of Vicki's friends. As usual, Dawson offers a well-constructed plot and smoothly polished writing. This thoroughly satisfying story will appeal to a wide range of mystery fans. Emily Melton --This text refers to an out of print or unavailable edition of this title.

Janet Dawson's first novel, Kindred Crimes, won the Private Eye Writers of America Best First Private Eye Novel Contest and was nominated for Anthony and Shamus Awards as well. Dawson is a member of the Mystery Writers of America and Sisters in Crime, and she has written five other Jeri Howard mysteries: Till the Old Men Die, Take a Number, Don't Turn Your Back on the Ocean, Nobody's Child, and her latest: Witness to Evil. Dawson has worked as a newspaper reporter and as an enlisted journalist and officer in the Navy. She lives in Alameda, California.


From the Paperback edition. --This text refers to an out of print or unavailable edition of this title.

matic, sometimes menacing Northern California coast as her backdrop, Janet Dawson consistently writes gripping, psychologically adept mystery novels featuring a socially conscious detective in unforgettable stories torn from today's headlines. "With both author and sleuth," raves Julie Smith, "you know you're in the hands of true professionals." In A Credible Threat, Dawson once again has written a chilling and accomplished work of fiction that is also a vivid reflection of our dark and troubled times. <br>The pleasant old brown shingle house was similar to many in Berkeley's Elmwood district, a home away from home for serious university students. There seemed to be no reason for the unnerving anonymous phone calls or the vicious mutilation of plants in the front yard. Mere random vandalism, perhaps. But what about the pipe bomb thrown through the window?<br>Private investigator Jeri Howard, who for a brief while had been stepmother to one of the residents, is alarmed by the --This text refers to an out of print or unavailable edition of this title.
Read more