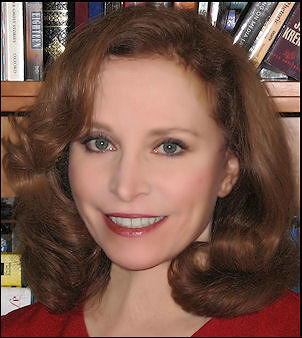 Credit Derivatives and Synthetic Structures: A Guide to Instruments and Applications Paperback – May 7, 2019

by Janet M. Tavakoli (Author)
4.0 out of 5 stars 18 ratings
See all formats and editions
Sorry, there was a problem loading this page. Try again.

There is a newer edition of this book: Credit Derivatives and Securitization 3rd Edition (2022).

A comprehensive first look at the initial explosion of the credit derivatives market as growing investments and risk management mechanisms. This is the paperback edition of credit derivatives expert Janet Tavakoli’s finance classic, Credit Derivatives and Synthetic Structures, Second Edition (Wiley, 2001). Tavakoli’s iconic book is referenced by law firms, Congress, and scholarly publications. Tavakoli explains what works, and more importantly, what does not work. She provides a guide on how to manage and control the various risks using real world examples based on her extensive experience. This book is the only source that explains the various ways these instruments can be mishandled, and together with her book, Structured Finance and Collateralized Debt Obligations, she noted the flaws in debt obligations leveraged with credit derivatives and their egregious misratings.

Credit derivatives revolutionized the financial industry and changed the way banks, institutional investors, and securities traders do business both domestically and globally. Credit derivatives expert Janet Tavakoli explains how these instruments were developed, their relative value, and their tricks and traps.

Credit derivatives create opportunities, but they are riddled with pitfalls. Tavakoli explains what works, and more importantly, what does not work. She provides a guide on how to manage and control the various risks using real world examples based on her extensive experience.

Tavakoli describes a wide range of products and valuation techniques that are particularly important in the current market as well as how to manage risks for the essential instruments:

* Language issues for confirmations and term sheets and how to fix them.

* Information Asymmetry and what to do about it

And much more.
Read more
Previous page
Next page

"Tavakoli brings extraordinary insight and clarity to this fascinating financial evolution. She combines her extensive experience and deep understanding of the derivatives markets with a lucid writing style that makesthis an eminently readable volume. This book should set the standard for credit derivatives texts for years to come."
Carl V. Schuman, Manager, Credit Derivatives, WestLB New York

"Tavakoli has written a book that finally demystifies credit derivatives. It is an easy to understand analysis of the many aspects of the basic products used in this new and innovative derivative structure. Anyone in the banking community as well as the sophisticated derivatives professional will find it both useful and insightful."
Randy Allison Kaufman, Managing Director, BankBoston, Structured Derivatives.

"The Cassandra of Credit Derivatives...She has also been right--and much in demand."
Business Week

"Tavakoli's strong opinions have earned her some high-profile admirers. Warren Buffett invited her to stop by..."
University of Chicago Magazine

"An intelligent analyst whose command of the arcane world of securitization mixed with a brutally honest analytical framework makes it a pleasure to hear and read her work."
Asia Times Online


"Tavakoli makes for an attractive pundit--she knows her stuff, has strong opinions, and turns a colorful quote."
Financial Times

"Tavakoli has been railing against emperors wearing no clothes in the credit derivatives markets forever. If only people had listened."
Andrew Tobias, author of The Only Investment Guide You'll Ever Need

Janet Tavakoli is the president of Tavakoli Structured Finance, a derivatives risk consulting firm for financial institutions. She has worked as a chemical engineer, earned her MBA from the University of Chicago, taught derivatives as an adjunct associate professor of finance at the University of Chicago's Booth Business School (Graduate School of Business), and worked for Wall Street firms in New York, Tokyo, and London. She was born and raised in Chicago, Illinois, lived in Iran during the Islamic revolution, lived in New York for a decade, lived in London for several years, and has traveled extensively for business and pleasure in Europe and Japan.

The New Robber Barons (Lyons McNamara, 2013), is a compilation of her web-based commentaries since the September 2008 financial crisis.

Archangels: Rise of the Jesuits (Lyons McNamara, 2013) is her fiction debut thriller.

Unveiled Threat: A Personal Experience of Fundamentalist Islam and the Roots of Terrorism (Lyons McNamara, 2014) is a non-fiction thriller and commentary.

K. J. Broekema
4.0 out of 5 stars a practical guide
Reviewed in the United States 🇺🇸 on October 31, 2006
Verified Purchase
This is a good book about how credit risk derivatives are handled in the daily practice of a big international bank. Although the author clearly knows her math the book contains hardly any formula. Since I am a model builder and most clients of our treasury consultancy firm are medium seize companies there initially was a misfit. However this book is a very good antidote for people putting too much faith in mathematical models. I can not help being one of them. I liked the down to earth approach very much. In the end I learned a lot more than I thought I would.
Read more
3 people found this helpful
Helpful
Report abuse

J. Toromoreno
4.0 out of 5 stars Great Book
Reviewed in the United States 🇺🇸 on March 30, 2007
Great book for introduction of CDS and other structured products. I work in risk and this book helped clarify several things.
Read more
One person found this helpful
Helpful
Report abuse

Mandre Vinod Vijay
4.0 out of 5 stars Good collection
Reviewed in the United States 🇺🇸 on March 26, 2005
I am a Fin Math student and by now a Google search expert. I do have this book from my library and it requires patience .

Personally I would keep it that way borrow from a library and read free research on the net with more math. It is a good buy for a practioner who needs to refer various structures and market structure in one place. The author has definetely put in effort to collate all her years of market experience.
Read more
3 people found this helpful
Helpful
Report abuse

AlphaMale
5.0 out of 5 stars Recommendation from a Credit Derivatives Trader
Reviewed in the United States 🇺🇸 on October 15, 2005
This is my fourth purchase; this one is for a new analyst I hired. I have read Janet Tavakoli's book as well as all of the current literature on credit derivatives. This book is one of the best books on derivatives I have read in terms of style of writing and content (I'm not after the mathematics on finance; there are plenty of those). I am a current successful credit derivatives trader.
Read more
23 people found this helpful
Helpful
Report abuse

Amazon Customer
3.0 out of 5 stars Not Nearly as Easy as Advertized
Reviewed in the United States 🇺🇸 on May 27, 2003
The author (plus various reviewers) touted this book as an accessible primer to derivatives. This prompted me to try it out. After 40 pages I realized this book was actually meant for people with AT LEAST basic degrees in finance. If you don't have a decent finance background, you'd be busy CHEWING gingko biloba at the end of the TRORS chapter.
In a nutshell, If you are like me (fresh off books like Beating The Street or Stocks For the Long Run), this is not the next step. Maybe you should get that MBA first.
Read more
10 people found this helpful
Helpful
Report abuse

Franco
5.0 out of 5 stars Derivatives Sales view:
Reviewed in the United States 🇺🇸 on March 24, 2004
POSITIVE POINTS: Best indepth book on Credit Derivatives. Very readable. Explains very nicely why this derivatives are so important for banks. Non technical.
NEGATIVE POINTS: Focus on banks with only a little chapter on Credit Derivatives as investment products. No explanation how those derivatives are priced (but hey, there are loads of technical books)
Read more
16 people found this helpful
Helpful
Report abuse

Marcus T.
5.0 out of 5 stars Clear Explanation of Credit Derivatives
Reviewed in the United States 🇺🇸 on January 6, 2004
Tavakoli has beautifully written a cutting-edge book on how to think about credit derivatives in the context of the global markets. One doesn't need a Ph.D. in math to understand the concepts presented here, because they are competently explained. Tavakoli evidences a deep understanding of the topic in her ability to make complicated mathematical concepts clear, and explaining how to apply credit derivatives in practice.

Tavakoli's remarkable explanation of the development of international banking was particularly appropriate in the explanation of sovereign risk and why it occurs (mismatch of cultures and ethics among other reasons). I believe most professionals will agree there is more to credit risk than equations especially in light of recent developments in the international markets.

Tavakoli's ability to integrate multiple business and finance disciplines is one of the reasons I find this book the best product book on the market for credit derivatives.
Read more
3 people found this helpful
Helpful
Report abuse
See all reviews

Bondi_Dan
3.0 out of 5 stars Written before the advent of the "Euro" much of the novel is irrelevant
Reviewed in the United Kingdom 🇬🇧 on August 8, 2016
Verified Purchase
This was an "OK" book. Ms. Tavakoli knows hers stuff, for sure, however I found the way she packaged her examples in a "plain vanilla wrapping" a little confusing. Would have been better saying "Company A" needs this . . . . rather than Buyer/Offerer etc.

Written before the advent of the "Euro" much of the novel is irrelevant as great focuses on geo-political machinations of smaller, now former, European currencies.

If you know nothing this will help you understand Derivatives better, but this is not a text book.
Read more
One person found this helpful
Report abuse

The Reader
4.0 out of 5 stars Good Book
Reviewed in the United Kingdom 🇬🇧 on February 8, 2013
Verified Purchase
Sometimes difficult to read but a great knowledge source for credit derivatives. If you get this you will learn an awful lot about derivatives
Well worth the effort
Read more
One person found this helpful
Report abuse