You've subscribed to Alex Wolfe Mysteries! We will preorder your items within 24 hours of when they become available. When new books are released, we'll charge your default payment method for the lowest price available during the pre-order period.
Update your device or payment method, cancel individual pre-orders or your subscription at
Your Memberships & Subscriptions
There was an error. We were unable to process your subscription due to an error. Please refresh and try again. 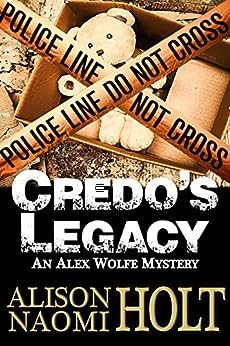 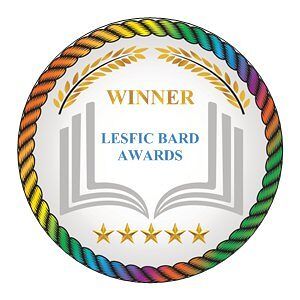 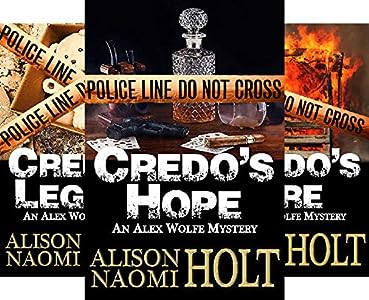 “If you don’t like to read, you haven’t found the right book.” – J. K. Rowling Alison, who grew up listening to her parents reading her the most wonderful books full of adventure, heroes, and puppy dogs, promotes reading wherever she goes and believes literacy is the key to changing the world for the better. In her writing, she follows Heinlein’s Rules, the first rule being You Must Write. To that end, she writes in several genres simply because she enjoys the great variety of characters and settings her over-active fantasy life creates. There’s nothing better for her than when a character looks over their shoulder, crooks a finger for her to follow and heads off on an adventure. From medieval castles to a horse farm in Virginia to the police beat in Tucson, Arizona, her characters live exciting lives and she’s happy enough to follow them around and report on what she sees. She has published seven fiction novels and one screenplay. Her first novel, The Door at the Top of the Stairs, is a psychological suspense, which she’s also adapted as a screenplay. The Screenplay advanced to the Second Round of the Austin Film Festival Screenplay & Teleplay Competition, making it to the top 15% of the 6,764 entries. The screenplay also made the quarter finalist list in the Cynosure Screenwriting awards. Alison has also written three books in the Alex Wolfe Mystery Series, Credo's Hope (which reached #6 in Amazon's ranking for murder mysteries), Credo's Legacy and Credo’s Fire. She has published three novels in the fantasy fiction genre, The Spirit Child and Duchess Rampant, which are books one and two in the Seven Realms of Ar’rothi series, and The Mage of Merigor. Alison's previous life as a cop gave her a bizarre sense of humor, a realistic look at life, and an insatiable desire to live life to the fullest. She loves all horses & hounds and some humans… To find out more, go to her website at www.alisonholtbooks.com. --This text refers to the paperback edition.

4.8 out of 5 stars
4.8 out of 5
58 global ratings
How are ratings calculated?
To calculate the overall star rating and percentage breakdown by star, we don’t use a simple average. Instead, our system considers things like how recent a review is and if the reviewer bought the item on Amazon. It also analyzes reviews to verify trustworthiness.
Top reviews

Hawkmistress
5.0 out of 5 stars From a retired female officer
Reviewed in the United States on May 20, 2019
Verified Purchase
Why didn't I have a Kate to mentor me? Oh, right, I was the first. If I had stayed, I would have mentored an Alex.
This book just flowed seamlessly. I cried at the end. When I was a rookie, The Choir Boys was 'required' reading. I would put this book right up there with it and a thousand times more relevant/useful.
Now I can look back without second guessing my actions. Ladies, learn a lesson here: bond with other female officers even if you must go outside your department. Don't believe the negative crap those incompetent dicks hiding behind a badge throw at you. God gave you a wonderful brain and a huge heart... and He's NOT a lesbian!!
Read more
Helpful
Report abuse

nugget
5.0 out of 5 stars This might be my favorite of the Credo series
Reviewed in the United States on February 13, 2018
Verified Purchase
This might be my favorite of the Credo series. I always want more Gia! We get that in this book. I don't want to spoil anything, but both of the main plots were great. I would love to see the end from Gia's point of view. I think the actions of Alex show what a great person she is and cement the friendship in the eyes of Gia. Alex was literally willing to sacrafice everything. The end was perfect and sweet.
Read more
One person found this helpful
Helpful
Report abuse

B. J. Brown
5.0 out of 5 stars Wolfey strikes again
Reviewed in the United States on May 10, 2015
Verified Purchase
Det. Alex Wolfe and her partner, Casey are on the video scene looking for 2 missing girls. Someone tosses Alex into the stall with a mean Brahma bull and she takes a beating. She helps out her mafia friend, Gianina Angelino, with finding possibly her dead brother's granddaughter. Alex and Megan get caught up in a child pornography situation with police cover-up. Alex continues to do battle with Lt. Characters, but her Sgt. Is helping her to do a better job. Alex is a hero. Love this series.
Read more
One person found this helpful
Helpful
Report abuse

Kindle Customer
5.0 out of 5 stars I recommend this book
Reviewed in the United States on July 12, 2021
Verified Purchase
I am really enjoying this series. Alex is a very colorful and likable character. Kate,Casey,Megan,and Gia are very interesting and likable all these characters work well together. Great book thanks
Read more
Helpful
Report abuse

Valorie
5.0 out of 5 stars The lone wolf lives!
Reviewed in the United States on July 10, 2013
Verified Purchase
Wow, that was out of sight. I had to keep telling myself to breathe while I was reading this excellent book. I want more ALex Wolf Please? I want to know what else she gets into and get the bad guys. Boy, the late nights I spent reading this book to find out what the Wolf was doing next.
When you start it takes a while to find a place you want to stop which is hard to do. Why is there only 2 books in this series? Alison you left it open for another book or more, are you writing another to surprise your faithful readers. We are patient for awhile. I love the other characters in this book, great friends to have and the things they went through. You have to read the book to find out. Credo Hope is also good, the first in the series you won't be sorry you did.
Read more
Helpful
Report abuse

Walter J Wallace
5.0 out of 5 stars No doubt an incredibly great series!
Reviewed in the United States on July 24, 2018
Verified Purchase
Great series!
4.5stars -- this series is getting increasingly better in both the storytelling and plot twists because there's never a dull moment. Highly recommended to everyone!
Read more
One person found this helpful
Helpful
Report abuse

Lovetoread
5.0 out of 5 stars A must read...
Reviewed in the United States on March 16, 2012
Verified Purchase
I do not usually write reviews of books, but after reading both books in the Alex Wolfe's series (Credo's Hope and Credo's Legacy), I felt the need to share. I really like murder mysteries and love them even more when the detective is a woman. The way Ms Holt uses words to set the picture into action makes you feel as if you are there watching it unfold. I love the interaction between the characters. The way Alex and Megan talk to each other and care for each other. I found myself laugh out loud. I can identify with Alex on so many levels the main one being, engaging my mouth before my mind.

My only fear is, I hope this is not the last book in the Alex Wolfe series. I feel the connection with these characters and cannot wait to see what trouble Alex, Megan, and Casey get into next. Poor Kate, keep the anti-acids handy.

Bonnie reader
5.0 out of 5 stars Something to read that makes you feel good
Reviewed in the United States on December 25, 2012
Verified Purchase
This author is very good indeed. She presents a police that is willing to cross the line for truth and doesn't take no guff from anyone even at the threat of losing her job or from the bad guys or the bad police. After all isn't that what a polceofficer job is all about catching the bad guys even though some may wear a badge. She chooses her own friends and does her own thing even at risk to herself. Good work Alison Holt. let there be more with this herione
Read more
One person found this helpful
Helpful
Report abuse
See all reviews

A. W. Savage
5.0 out of 5 stars The series gets better.
Reviewed in the United Kingdom on October 30, 2012
Verified Purchase
Starting the second book in a series after you've thoroughly enjoyed the first is a nerve-wracking experience. So many writers produce one good book, then quickly run out of steam. That is definitely not the case here. Alex gets both funnier and braver and more perceptive. The scenarios are just as convincing. The minor and supporting characters seem fully fleshed-out and each contributes something worthwhile to the ensemble. I found myself torn between wanting to know what happens and a real reluctance to finish the book and be left with no more in this series (yet) to follow it up with. I sincerely hope the author gets writing again fast!
Read more
Report abuse

H
4.0 out of 5 stars Better than the first
Reviewed in the United Kingdom on July 10, 2012
Verified Purchase
I enjoyed this book more than the first instalment. Well written with good characters. The only downer for me, still no lesbian in the primary roles. Less of the cowboy butt descriptions and more of the mob/police romantic connection I say. If not-oh well, a third story would still be greatly received.
Read more
Report abuse

E. Anderson
5.0 out of 5 stars Need more Alex Wolfe mysteries!
Reviewed in the United Kingdom on June 1, 2012
Verified Purchase
I loved both the books! I thought they were great, really interesting characters, exciting but believable plot.

Amazon Customer
5.0 out of 5 stars really good
Reviewed in the United Kingdom on April 4, 2012
Verified Purchase
not often i'll be amused by a book, but this kept me amused whole way through, unsure why it's in the lesbian section with only one bi sexual female character
Read more
Report abuse
See all reviews