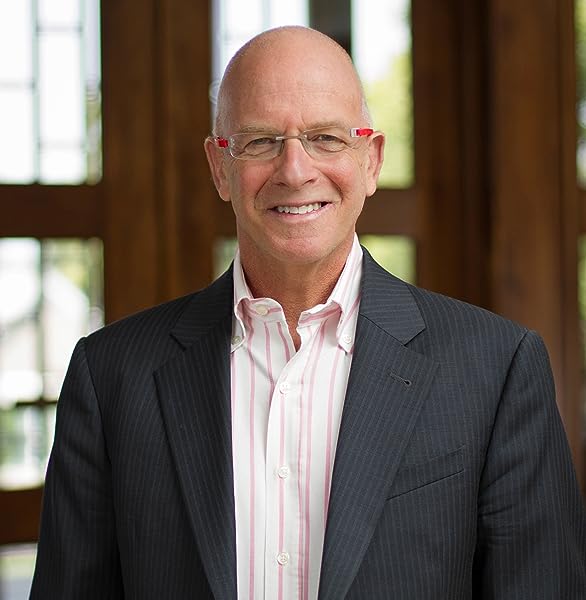 The Crime of Complicity: The Bystander in the Holocaust Hardcover – April 1, 2017

"Inspiring a culture of responsibility can't be achieved by a three-point government program or a new criminal statute. But it may help to celebrate true heroes--and to remind people, as The Crime of Complicity surely does, of what happens when a whole society sinks into passivity." --The Wall Street Journal

"Sometimes moral analysis works best by being abstract and detached from reality. Other times, though, it benefits from intense engagement with its subject matter. Amos Guiora's writing on the conundrums of complicity and the requirement that bystanders and passersby intervene to prevent evil is writing of the latter kind. It is detailed, thoughtful, erudite and intensely engaged with its subject matter--quite unlike anything else I have read on this issue." --Jeremy Waldron, University Professor and Professor of Law, New York University

"Join Amos Guiora on his personal journey back to the Holocaust to understand the complicity of bystanders who watched his father on a death march in Serbia, his mother and grandmother being lined up to be executed in Budapest, and his grandparents waiting on a platform for the train that would take them to their deaths at Auschwitz. Guiora asks whether such bystanders had a legal duty to intervene, and, if so, what actions were they required to take. This book will force you to ask yourself a lot of difficult questions about what you would do as such a bystander and whether you would have the courage to act." --Daniel C. Barr, Perkins Coie LLP, Phoenix, Arizona

"As the only son of Viennese Jewish Holocaust refugees, I find a book on this subject--especially by a distinguished law professor--to be inherently interesting. What I discovered, further, in reading through the fascinating text, is that this particular book is also quickly galvanizing and impressively original. In a field that has already been examined endlessly by scholars and others, Guiora's book remains both imaginative and important. Should bystanders be regarded as 'complicit' for pertinent forms of nonintervention? How shall we best explain the bystander's (all too common) decision not to intervene? These are plainly difficult questions to answer; yet, the author offers an assessment that is uniformly competent and thoroughly purposeful, and that builds a compelling jurisprudential argument for treating various forms of bystander complicity as a distinctly punishable crime. I am delighted to celebrate this brilliant book with great intellectual enthusiasm." --Louis René Beres, Emeritus Professor of International Law, Purdue University

"It is very difficult to find the right words to describe the horror portrayed in this book. But Amos Guiora has done this, and he has done this very well. Highly recommended." --Paul Cliteur, Professor of Jurisprudence, Leiden University and author of The Fall and Rise of Blasphemy Law

"Some books you enjoy; with some you are impressed. But this book will change the way you think about life, no less. From the surprising, sincere and personal opening, through the disturbing interviews with bystanders and survivors, to the profound philosophical reflections, Amos Guiora intertwines the personal with the objective, the emotive with the scientific in a most thought-provoking manner." --Avner de Shalit, Max Kampelman Professor of Democracy and Human Rights, Department of Political Science, The Hebrew University of Jerusalem

"Amos Guiora's The Crime of Complicity should make any bystanderwho sees violence against another and chooses to do nothing about itshudder. He recounts in depth the suffering of his family in DeathMarches and concentration camp agony, watched by Eastern Europeans wholooked the other way, to campus rape watchers who did nothing. Ripe fordebate, Guiora argues that those who watch violence have a greater dutynot to remain silent and that legislation imposing that duty to protectthe innocent might be necessary. Guiora is masterful in personalizingthe pain with academic vicarious liability theory." --Avery Friedman, CNN Legal Analyst

"Amos Guiora has written an important book. Rooted in family history scarred by Nazi persecution and through his personal journey to understand the whys of the past, this book contends that bystanders' inaction was the 'essence' of the Holocaust. With this insight, he carefully builds a case that moral obligation alone cannot secure justice. Rather, in history and in our contemporary world, bystanders must be judged for their complicity and held accountable by the state for refusing to protect the innocent from harm. This is a necessary addition to the literature on collective responsibility and guilt." --Robert A. Goldberg, Professor of History, University of Utah

"In asking simple questions, Amos Guiora elaborates the knowledge and conduct of the individual bystander during the Holocaust. He explains the role of the bystander in relation to the perpetrator and victim in such a way that the reader with no profound knowledge about the Holocaust is able to understand the issue. He has written an impressive, very accessible book for the general public that shows how the decision of the bystander not to intervene in the face of situations of imminent harm accentuates the victim's vulnerability with disastrous consequences." --Fred Grünfeld, Professor Emeritus of International Relations and Human Rights, Maastricht University and Utrecht University

"The Crime of Complicity is a multi-layered work. It combines personal memoir, historical research, legal opinion, and a moral ethical challenge. In this time of renewed hate speech, intolerance, bullying, and profiling, Amos N. Guiora's book is a hard read but it brings us face-to-face with an issue we cannot ignore except at our peril." --Rev. Dr. John C. Lentz, Jr., Senior Pastor, Forest Hill Church, Presbyterian, Cleveland and author of Luke's Portrait of Paul

"This impressive book is a powerful mix of personal engagement and professional scholarship. Although the injustice done to the Jews during WWII was indescribable, Amos Guiora succeeds in putting it into words. In a book which many will find difficult to put down, he describes how good-willing people suffered from the complicity of bystanders. Through his attractive journalistic style he very well succeeds in bringing these people, most of whom are members of his own family, to life. Understandably, Guiora must have been close to throwing in the towel a few times. By not giving in to that temptation he did his readers and history writing a huge favor." --Tom Zwart, Professor of Human Rights, Utrecht University

"Amos Guiora has written a personal, sensitive book in honor of his father about the crime of complicity that had made the Final Solution a resounding Nazi success. He delves into his family's past in an effort to understand the complicity of the bystander, taking his readers on a painful life project as he explains the depths of despair of European Jewry who were led to their destruction while many of their neighbors turned their backs or actively cheered on as they watched the Jews' downfall. In a startling, thought-provoking book, Guiora explains why he believes bystanders were responsible for the murder of his own family as well as of millions of others. In a humane environment, racism cannot thrive and genocide cannot take place. Unfortunately, humanity went to sleep during the Nazi conquest." --Raphael Cohen-Almagor, Professor of Politics, The University of Hull

"Guiora is right to raise the issue (of bystander misbehavior) and consider the legal argument. His investigation into what happened to the Jews in various places in Europe during the war is compelling. But the question of how to deal with bystander complicity today is one that the author concedes is hardly a laydown in terms of making the case. Do we need the threat of sanction to behave better? How serious does the sanction need to be? Will police really prosecute these cases of bystander complicity rather than those committed by the perpetrators, for which their closure rate is so poor?" --American Thinker

"[The Crime of Complicity] is personal, involving the deeply painful memories of what happened to his family in the Holocaust. Ever the lawyer, Guiora uses this personal material to make a case that we can learn a lesson from those very different times. Guiora holds the bystander as culpable and legally punishable. He sets the bar low: Bystanders have to call for help, not necessarily risk their lives getting physically involved. And he limits the legal responsibility to the bystander who is physically present, not requiring action based on moral beliefs. The book mingles memoir, history and legal/moral argument. At first, this seemed off-putting, but then I understood it to be a reflection of Guiora's own thinking and feeling as he wrote. As such, I think it works well.... It's a fair-minded book and one that is painfully honest about the author as well.... The extreme contemporary examples that Guiora cites powerfully make the case for the need for such a law today. The Vanderbilt football player who did nothing to keep his roommate from raping a woman and went scot-free makes the moral point Guiora wants to turn into a legal one....  It seems to me that Guiora's case is worth serious consideration." --Kenyon College Book Review

Author bio: Amos N. Guiora is Professor of Law at the S.J. Quinney College of Law, the University of Utah and Lieutenant Colonel (Ret.) in the Israel Defense Forces. He is actively involved in the effort to legislate Holocaust-Genocide education in Utah public schools. He is the author of several books, including Freedom from Religion: Rights and National Security (2009) and Tolerating Intolerance: The Price of Protecting Extremism (2014).

Pages with related products. See and discover other items: history of criminal law, book of amos