You've subscribed to Love Inspired Suspense! We will preorder your items within 24 hours of when they become available. When new books are released, we'll charge your default payment method for the lowest price available during the pre-order period.
Update your device or payment method, cancel individual pre-orders or your subscription at
Your Memberships & Subscriptions
There was an error. We were unable to process your subscription due to an error. Please refresh and try again. 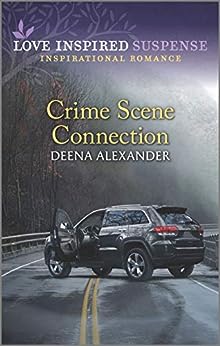 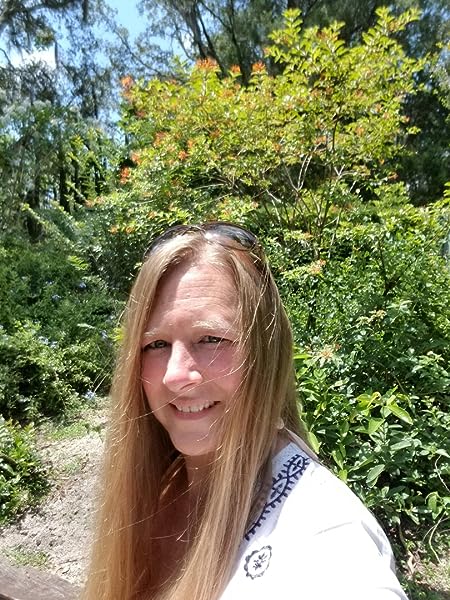 Deena Alexander grew up in a small town on the south shore of eastern Long Island, where she met and married her high school sweetheart. She recently relocated to Florida with her husband, three kids, son-in-law, and four dogs. Now she enjoys long walks in nature all year long, despite the occasional alligator or snake she sometimes encounters. Deena's love for writing developed when her youngest son was born and didn't sleep through the night. --This text refers to an alternate kindle_edition edition.

4.8 out of 5 stars
4.8 out of 5
79 global ratings
How are ratings calculated?
To calculate the overall star rating and percentage breakdown by star, we don’t use a simple average. Instead, our system considers things like how recent a review is and if the reviewer bought the item on Amazon. It also analyzes reviews to verify trustworthiness.
Top reviews

r wyatt
4.0 out of 5 stars Good debute
Reviewed in the United States on January 4, 2021
Verified Purchase
I really thought this was going to be one of my favorite Love Inspireds. A great beginning and a great middle. I loved her faith elements through the book and how her characters struggled with forgiving themselves as this is a big issue for us humans.The pacing was very good, no slow middle! I really liked the hero except for when he felt that he was so pleased with her that she had not let his dog protect her. I realize that people these days put animals before humans but this was over the top! Would have liked more closure with a couple of points at the end, although many people might feel this is realistic. Appreciate this not being sensual and yet romantic. Also loved that she is not a sassy, have to be in charge of everything woman, which sadly is so often the applauded attributes of our Christian heroines :-( Congratulations on your debut!
Read more
One person found this helpful
Helpful
Report abuse

Mary Goodwin
4.0 out of 5 stars Pretty good book
Reviewed in the United States on June 28, 2021
Verified Purchase
Never had read this author's books before but I'm sure I will.again. Very suspenseful and kept you guessing about who the killer was. The characters were well suited for each other and they both got a second chance. Also a book about forgiveness and learning to trust.
Read more
Helpful
Report abuse

Kindle Customer
5.0 out of 5 stars Great read.
Reviewed in the United States on February 27, 2021
Verified Purchase
First time for this author I believe. Won't be the last. Thoroughly enjoyed the book. If you want suspense and mystery you will get it. Love story also.
Read more
Helpful
Report abuse

Irene Greenhoe
5.0 out of 5 stars Repressed memories
Reviewed in the United States on April 29, 2021
Verified Purchase
The author captures your imagination and runs with it happily to the end. The plot was well done and the future is remarkable.
Read more
Helpful
Report abuse

Kindle Customer
4.0 out of 5 stars More expensive than other books
Reviewed in the United States on April 27, 2021
Verified Purchase
Since the publisher sets the price these are more expensive then other books, usually a good story.
Read more
Helpful
Report abuse

catlover
5.0 out of 5 stars Excellent book
Reviewed in the United States on June 18, 2021
Verified Purchase
This book is hard to put down. Excellent book!
Read more
Helpful
Report abuse

I’m always simultaneously excited and nervous to read a debut novel – excited because “what if i find a new fave author?!?” and nervous because “what if I really don’t like it?”. Well, any anxiety I might have felt about Crime Scene Connection by Deena Alexander flew out the window with the first chapter. The immediately-intense suspense drew me in completely, and I think I barely breathed until the end.

Both Addison and Jace are deliciously layered characters with sobering backstories, yet they remained relatable at the same time. I really liked both characters – and of course enjoyed watching them fall in love. But the star of the show for me was Jace’s loving & fiercely protective dog Phoenix. The author did a great job of giving him such personality while not taking away from the guard dog he is. That’s a fine line to walk sometimes but i thought it was perfectly done here.

The suspense elements in Crime Scene Connection were excellently written as well, and I couldn’t put it down until everyone was finally safe. Not only did we have the immediate danger of someone killing people based on Addison’s book – and trying to kill her too – but we have the larger backstory involving the murder of Jace’s wife and the corrupt behavior of Addison’s ex-husband … and whether either of those are related to what’s going on with Addison right now. These were all so well-plotted out that I kept going back to make sure this was the author’s debut novel because the backstories of Addison, Jace, Conner, and Maris felt like I should have been able to find these events in another book.

Bottom Line: Wow! What a fabulous debut! Intense, fast-paced suspense with layered characters and a multidimensional plot too. I was completely engaged from beginning to end, and you won’t be able to put it down either. The romance is sweet & swoony, too, but Phoenix the dog stole my heart even more. This is definitely a must read for fans of Lynette Eason, Jessica Patch and etc. I can’t wait for Deena Alexander’s next novel!

Glenda Parker
5.0 out of 5 stars Awesome!
Reviewed in the United States on January 25, 2021
My review today is on the Love Inspired Suspense, Crime Scene Connection. This is Deena's first book for LIS. It's an awesome book and I look forward for her next story. This one is well written, action packed, and full of drama. Faith is woven into this story like a well woven tapestry. Although it could be scary since I'm an author. It's like note to self, don't write a story about a serial killers. I don't want them coming after me.

Addison Keller is an author. She wrote a trilogy about a serial killer. In it she wrote about a nightmare she had been plagued with since a child as the first murder. After the release of the first book the killer began imitating her book in minute details. She began receiving pictures of the crime scenes in emails and threatening messages. Could the killer be her monster of an ex-husband? How can she stop the killer before he kills her sister? Can she trust the man her brother-in-law sent to rescue her?

Jace Montana was once a police officer until Maris, Addison's sister wrote an expose on Addison's husband and the police force. Jace had lost his job and crawled into a bottle. His wife had been killed and he became worse but a dog showed up on his doorstep and had turned him around. Conner (his best friend) called. He is married to Maris and he asks Jace to watch Addison and help her. When a man goes in her home in the middle of the night and Addison sneaks out the back window, he moves into rescue her. How can he keep her safe? Is it his old boss that's after her?

Kindle Customer
5.0 out of 5 stars Crime Scene Connection
Reviewed in the United Kingdom on January 24, 2021
Verified Purchase
I have enjoyed reading this book, I was so engrossed in reading it that I had to finish reading it before I could put it down. I would recommend it to anyone who likes to read a good story.
Read more
Report abuse

Kindle Customer evelyn lawrence
5.0 out of 5 stars Review
Reviewed in the United Kingdom on April 1, 2021
Verified Purchase
Well that was a kindo grim read but a good read I did Weiss it would be the brother .
Read more
Report abuse
See all reviews