Temporarily out of stock.
Order now and we'll deliver when available. We'll e-mail you with an estimated delivery date as soon as we have more information. Your account will only be charged when we ship the item.
Shipping rates and Return policy
Added
Not added
Add to Cart
$13.80
+ $3.99 shipping
Sold by: TheWorldShopUSA
Sold by: TheWorldShopUSA 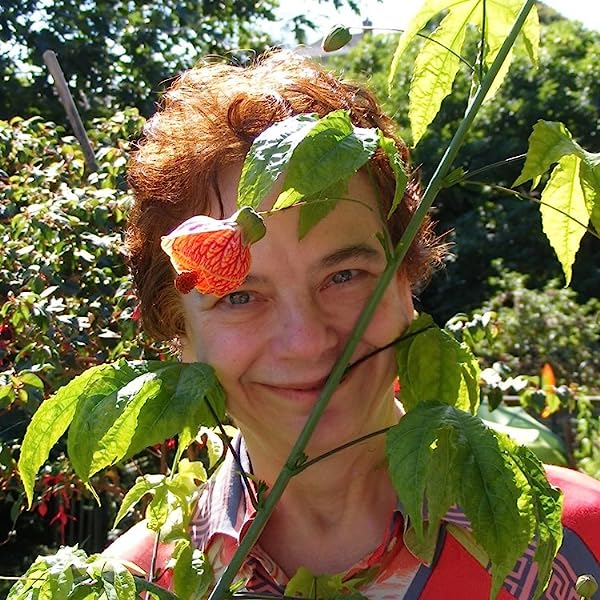 by Susan R. Matthews (Author)
4.5 out of 5 stars 13 ratings
See all formats and editions
Sorry, there was a problem loading this page. Try again.

THE BEST-SELLING UNDER JURISDICTION SERIES FROM CAMPBELL AWARD-NOMINATED AUTHOR SUSAN R. MATTHEWS CONTINUES. A new installment in the Phillip K. Dick-nominated series that Janis Ian called "a very scary series." Fleet Inquisitor Andrej Koscuisko finds himself out of the frying pan and into the fire: to fight back against a devious crime syndicate that is trying to murder him and bring  slavery and darkness to Gonebeyond Space.

Gonebeyond space: get there and you may find freedom from torture and genocide under Jurisdiction. Yet go there at your own risk. The Rule of Law has only a tenuous hold on Gonebeyond, and undefended settlements can be exploited with impunity.

Until now. The Langsariks’ Hilton Shires has forged a coalition to bring the worst of the Gonebeyond criminals—slavers—to justice. The criminal cartels that have profited from the freedom of Gonebeyond for so long aren’t having any of it, and they know the key to taking down Shires is to get rid of his ally, renegade Fleet Inquisitor Andrej Koscuisko. But where can they find an assassin with the moxie to “disappear” Andrej Koscuisko? Many have tried. None have succeeded.

Enter his Excellency Danyo Pefisct. But this torturer from the Jurisdiction hasn't reckoned on one thing: Andrej Koscuisko is even more relentless and effective than before. The difference? Now Andrej serves the cause of Gonebeyond justice!

Priase for Crimes Against Humanity:

"...a tightly styled, simply plotted examination of ambition, obsession, and the many faces of justice..."—Publishers Weekly

"Fans of space opera with a dark or grim twist will enjoy the idiosyncratic setting, full of former torturers and mind-control devices. . . ."—Booklist

"A very satisfying entry in a very scary series!"—Janis Ian

"Starting with An Exchange of Hostages, I devoured Susan R. Matthews 'Koscuisko' novels—all six of them—when they first appeared. Books with this much courage, clarity, and empathy are rare. The Under Jurisdiction series is a remarkable and unprecedented accomplishment.”—Stephen R. Donaldson, New York Times best-selling author of the Thomas Covenant series.

“[Matthews] brilliantly uses science fiction’s freedom of creation to make a world in which she can explore deep moral conflicts.”—Denver Post

“. . . has a dark energy . . . an extremely compelling read.”—New York Review of Science Fiction

“A chilling and engaging novel of false accusation and the power of personal responsibility.”—Booklist on Angel of Drestruction

“A tightly woven space opera full of grand heroic gestures and characters strong enough to sustain all the action.”—Booklist on The Devil and Deep Space
Read more
Previous page
Next page

New: Sarah Selects
Sarah Selects is a new book club hosted by Amazon Editorial Director Sarah Gelman. Whenever Sarah finds a book that sticks with her, she loves to recommend it to her friends and family. These books are the books she's sharing, so members can talk about them after they’re done reading. Join the club to view and reply to posts from Sarah and get email updates when the December book is chosen. Join the club.

Susan R. Matthews was raised in a military family and spent her younger years living around the globe in a myriad of places including Germany, both coasts of the U.S., and India. Often cut off from television and other media, she read voraciously. Her first encounters with science fiction came via classics such as I, Robot and Stranger in a Strange Land. Matthews' debut novel, An Exchange of Hostages, the first entry in her critically acclaimed Under Jurisdiction series, was nominated for the Philip K. Dick Award. Matthews was also a finalist for the John W. Campbell award for best new writer. There are now seven novels in the Under Jurisdiction series. The first six are collected in two omnibus editions Fleet Inquisitor and Fleet Renegade. The newest entry in the series is Blood Enemies, published by Baen Books. Matthews lives in Seattle with her wife, Maggie, and two delightful dogs. She is a veteran of the U.S. Army, where she served as operations and security officer of a combat support hospital. She is also an avid HAM radio operator.

Susan was born into a military family. Her mother moved her entire family all over the world as her father's assignments took them from coast to coast in the United States, to Germany, and to India; she spent half of the first fourteen years of her life with no access to radio or television in the English language. As a result the family, thrown on its own resources, read ravenously and passed books around from sib to sib as they came in. Her first exposure to science fiction came with her oldest brother's subscription to science fiction book clubs, which brought “I, Robot,” “The Voyage of the Space Beagle,” and “The World of Null-A” into the house years before “Stranger in a Strange Land” or even “Fahrenheit 451.”

In a resource-constrained environment the obvious response to a desire to read a particular story was to write it oneself, because there was no other way to get to read it. That's where she started, and where she still is, writing stories that she wants to read so that she'll get to read them when she's done. (This might give rise to speculation given the subject matter of the Jurisdiction series, but her mother said that “a writer can write about anything she pleases, because a writer’s world is the world of the mind.” If that helps any.) The fact that other people enjoy reading them too remains a slightly confusing wonderment, but she's very grateful that people do.

Susan and her wife Maggie were recently legally married in the state of Washington after thirty-three years of living in sin. She has two dogs, three brothers, two sisters, manyseveral nieces and nephews; a “general” ham radio license; and lives in Seattle.

Seahawks versus the world: Seahawks

Paper versus plastic: whatever's handy will do fine

Nathan
4.0 out of 5 stars Good addition to the series. . . long awaited.
Reviewed in the United States 🇺🇸 on August 31, 2019
Verified Purchase
One of the more unique series out there, the world building is top notch. Really enjoyed it; it did have a good mix of action and introspection. Andrej remains one of the most interesting main characters I've run across in my thousands of books over the years.
Read more
One person found this helpful
Helpful
Report abuse

Mike Archcraft
5.0 out of 5 stars Anderj Koscuisko in Gonebyond
Reviewed in the United States 🇺🇸 on August 26, 2019
Verified Purchase
If your a fan of the Jurisdiction series, you will love this book. It's a lighter read than some of Matthew's earlier works (less torcher), and I found it just the right mixture between light and dark material. The villains are believable, the tension and pacing are good and what's not to love about Medith Riggs? If you are into serious space opera you should love this book.
Read more
Helpful
Report abuse

Rotten Roger
3.0 out of 5 stars Series fans only
Reviewed in the United States 🇺🇸 on October 22, 2019
This is an okay addition to the series. But it is a slow burn to get to important parts of the story.
Read more
Helpful
Report abuse
See all reviews