Crockett Grabbe (pen-name SeaLane Gray) received his PhD in Applied Physics from Caltech in 1978, having received Bachelor of Science with Highest Honors and Master's degrees in Physics from the University of Texas. He is an experienced scientist who does research & consulting in applied physics, as well as writing and speaking on physical-science-& technology-related issues, including the current-events issue of the World Trade Center collapses on 9/11. This is in spite of adversities he has had to tackle: Crockett recovered from first a large pituitary tumor, & later a cerebral hemorrhage, receiving several disabilities from both experiences. Despite these traumas he has overcome several barriers and become a productive and respected scientist, writer, & speaker -- having published over 100 scientific papers & 14 books (9 for the general public & 5 for scientists), & about 30 other general articles. His recent books, available on Amazon.com, confront the error & fraud in official analysis of the 9/11 attacks. He posted the 1st edition of "National Swindle of the World Trade Center" in 2011, the 2nd edition in June of 2013, & the 1st edition of "Anatomy of Mass Murder" in September of 2013. He posted the 2nd edition of "How the WTC was REALLY Demolished on 9/11" in April of 2015, making it available online both as a paperback & as an Ebook. He then posted the "Expanded Edition: Anatomy of Mass Murders", both in paperback & in Ebook form in August of 2016. Finally, he posted 45-minute video "REAL Demolition of the World Trade Center on 9/11" in June of 2018 that graphicly showed the destruction.

Crockett moved his business SeaLane Research and Consulting down to Austin, TX from Iowa in 2010, where he was a research scientist (for 30 years) at the University of Iowa, & consulted and trained with American College Testing and other businesses in Illinois, Iowa, and Wisconsin. He has spoken at places across the country from California to New York, in several European countries, & in Israel and Canada. He is a member of the National Speaker's Association, the American Physical Society, the International Union of Radio Science, the Institute of Electrical & Electronic Engineers & the Writer's League of Texas. He has been honorarily profiled for several years in Contemporary Authors, Writer's Directory, & Who's Who in Science & Engineering. 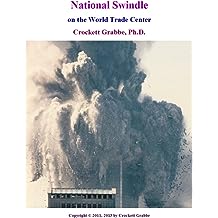 National Swindle of the World Trade Center Jun 2, 2013
by Crockett Grabbe
( 3 )
$7.75
Government documents from the NIST Committee on the Sept. 11, 2001 disasters at the WTC conclude the buildings fell from damages and fires caused by the terrorist planes that hit the towers. This book in its 2nd edition shows in detail that those conclusions are completely wrong, using clear and scientifically-sound presentation with 37 color photos. Every citizen of the US should know the substantial facts and the evidence presented.

The book confronts graphically the fraudulent story the American people have been fed, with 37 photographs documenting what happened at the WTC. This is presented in 7 chapters, a glossary, and an index. Worldwide recognition is needed for the scientific facts and scientific evidence of the destruction of the WTC, and for the reasons behind the crimes causing the massive death, injury and destruction that began our 21st century.
Read more 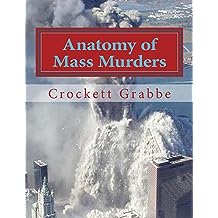 Anatomy of Mass Murders: Expanded Edition Jul 18, 2016
by Crockett Grabbe
( 1 )
$9.97
This new expanded edition of Anatomy of Mass Murders demolishes the myriad false reports the American people have been presented with on the cause of 9/11. Not only does it review many of the scientific facts, it cuts to the heart of the issues of what really happened both before & during the Sept. 11, 2001
attack at the World Trade Center, laying bare the evidence for all to see. It shows:

(1) Why the buildings of the WTC in fact collapsed.

(2) What was behind what happened in the attack, & signifcant historical info.

(3) Multiple aspects of the coverups of the facts, including their very sinister nature.

(5) My own experiences with unbelievable efforts to try
to stop me from bringing out the facts.

(5) Those who profited off the backs of the victims.

Everyone in this nation needs to know the substantial facts and the evidence through material presented in this book. A number of the facts remain covered
up despite efforts to bring out the truth. Many of these are revealed here.

This and 2 other recent books I have written on 9/11 are available for buying from Amazon off the WorldWide Web.
Read more
Other Formats: Paperback 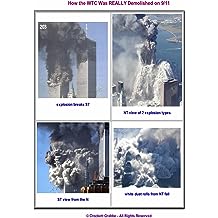 How the WTC Was REALLY Demolished on 9/11 Apr 26, 2015
by Crockett Grabbe
( 1 )
$9.99
Many in the US accept the government claims that planes hijacked by terrorists, & the fires they created
when colliding with the Towers, caused the WTC buildings to collapse and the resulting destruction in the WTC. This book presents facts that show this conclusion is fraudulent.

Using many images & elementary physics principles, it is shown that neither planes nor fires they created by collisions with the Towers, nor lasers, nor missiles, nor nuclear bombs caused this destruction, but 2 types of non-nuclear explosions did, 1 of which produced the
large white dust clouds after each Tower collapsed.

We need to solve the crimes of the century, involving murders both at the WTC & those who witnessed or were investigating the real facts. Many 1000s have been killed in the 2 wars stemming from 9/11 as well. Finding all the criminals behind these events is paramount.
Read more
Other Formats: Kindle , Paperback 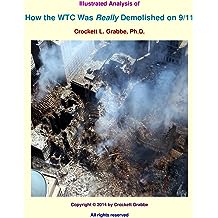 Illustrated Analysis of How the WTC Was Really Demolished on 9/11 Nov 25, 2014
by Crockett Grabbe
$9.75
Getting the Facts Straight
The NIST Committee produced over 50 documents on 9/11 claiming how the buildings fell from damages and fires caused by the terrorist planes that hit the towers That was despite Building 7 being demolished & other other buildings in the WTC undergoing partial falls never being hit by a plane. This book is the 3rd one I have written showing those conclusions are completely wrong, & uses a  very illustrated approach with 43 images & an essential amout of cited text.


Who Am I?
I am a physicist with over 30 years research experience since receiving my Ph.D. (in Applied Physics from Caltech, 1978), and am also a noted writer and a public speaker. I have presented a number of major addresses on the WTC collapse & been interviewed multiple times on TV and radio about these facts.


Confronting Fraud & Error
The book confronts the fraudulence this country has been fed, with 43 images documenting what happened at the WTC. This is presented in 8 chapters. Worldwide recognition is still needed for the scientific facts and scientific evidence of the destruction of the WTC. This book shows the facts behind the crimes causing the massive death, injury and destruction, as well as 2 wars costing much more death, injury & destruction.
Read more 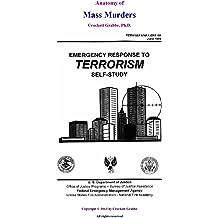 Anatomy of Mass Murders Sep 11, 2013
by Crockett Grabbe
( 3 )
$7.75
Author Background
As an experienced physicist (PhD at Caltech in 1978 and 40 years research experience), the author follows up on a picturesque online book published in 2011 (2nd edition 2013) with 38 color photos: National Swindle of the World Trade Center. That earlier E-book presented the facts & these 38 photos for countering 50 government reports, producing a scientifically-sound analysis of what really happened on 9/11 at the WTC. Several online reviews of the 1st edition stated that he effectively showed the government reports were wrong throughout.

Cutting to the Heart
The new popular book demolishes the myriad false reports the American people have been presented with on the cause of 9/11. Anatomy of a Mass Murder goes past the scientific facts & cuts to the heart of the issues of what really happened both before & during the Sept. 11, 2001 attack at the World Trade Center. It lays bare the facts & the evidence for all to see showing:

(1) Those who profited off the backs of the victims

(2) What was behind what happened in the attack

(3) Why the buildings of the WTC really collapsed.

(4) The coverup of the facts and its very sinister nature.

Everyone in this nation needs to know the substantial facts and the evidence through material presented in this book. Many of the facts remain covered up despite efforts to bring out the truth.
Read more