You've subscribed to A Ditie Brown Mystery! We will preorder your items within 24 hours of when they become available. When new books are released, we'll charge your default payment method for the lowest price available during the pre-order period.
Update your device or payment method, cancel individual pre-orders or your subscription at
Your Memberships & Subscriptions
There was an error. We were unable to process your subscription due to an error. Please refresh and try again. 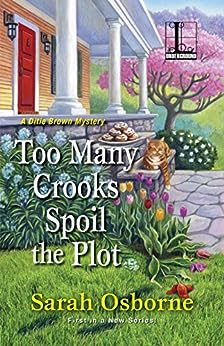 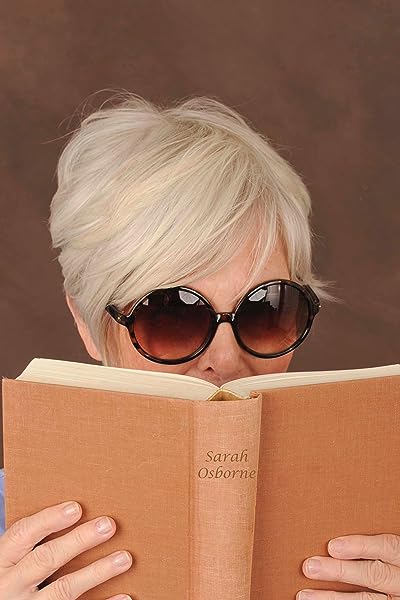 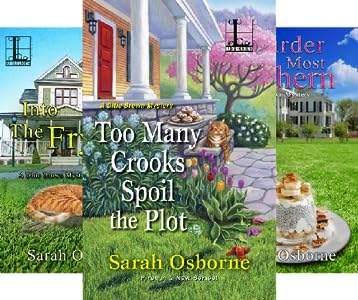 4.5 out of 5 stars
4.5 out of 5
981 global ratings
How are ratings calculated?
To calculate the overall star rating and percentage breakdown by star, we don’t use a simple average. Instead, our system considers things like how recent a review is and if the reviewer bought the item on Amazon. It also analyzes reviews to verify trustworthiness.
Top reviews

Kindle Customer
1.0 out of 5 stars Title should be too many pages in the book
Reviewed in the United States on February 5, 2019
Verified Purchase
The most convoluted plot. It just goes on and on repeating the same thing in the same way over and over. Bring it together already. The characters repeat the same actions, the same feelings, the same words. I thought it would never end. The author needs to keep her day job.
Read more
35 people found this helpful
Helpful
Report abuse

kate
1.0 out of 5 stars Disgusting
Reviewed in the United States on December 3, 2020
Verified Purchase
I didn't like the main character being an atheist and then having a transgender in the book too.
Read more
16 people found this helpful
Helpful
Report abuse

Betty Louise
5.0 out of 5 stars A Good Read
Reviewed in the United States on May 15, 2019
Verified Purchase
The first book in the Ditie Brown series and a new author for me. It is character driven and I fill in love with the characters immediately. Pediatrician Mabel Aphrodite Brown aka as Ditie Brown is working at a refugee clinic in Atlanta, Georgia when Ellie Winston asked her to watch her children, Lucie and Jason for the weekend. Ditie agree at once and was looking forward to the weekend. Late the evening Ditie is awoken by a police homicide detective who informs her that they have found Ellie shot dead and left a on the street. Someone is stalking Ditie and the children and it is necessary to move the children as the stalker find the new location. Ditie is added by her French friend Lurleen. The detective, Mason Garrett becomes a friend. He hires Dan, PI to protect Ditie, Lucie and Jason. The story takes several turns for the children safety and adds new individuals in the process. A couple of romances occur. Who is stalking the children and what do they want? Is someone given the Stalker information? I HIGHLY RECOMMEND THIS BOOK. Family-friendly recipes are included.
Read more
9 people found this helpful
Helpful
Report abuse

Tari H.
5.0 out of 5 stars The title is a perfect fit and things are not always as they seem in this fun adventure
Reviewed in the United States on June 7, 2018
Verified Purchase
This was such a good start for a brand new series! And it was well-titled too because there were definitely a LOT of crooks in this story, or at least suspects!

Ditie Brown was a pediatrician working at a refugee children's clinic in Atlanta, GA when her childhood friend Ellie asked her to watch her own two kids for a few days. When Ellie ended up murdered, Ditie knew she had to protect these kids. With the help of her best friend Lurleen and her new detective friend, Mason, Ditie had to keep moving the kids around to keep them safe and that made them all wonder just what sort of possible corporate espionage was going on at Sandler Soda. After three total deaths and Mason being removed from the case, it was looking more and more complicated. Ditie was wondering where in this puzzle did her brother Charlie fit in.

Everything eventually came together and got explained very satisfactorily at the end. I always like reading about what happens to some of the minor characters. I especially was happy to see Dan, the private investigator/ex-cop and Lurleen hitting it off as well as Mason and Ditie growing closer.

This book had the excitement I remember from thrillers but none of the creepy factor. It was fun and funny in some parts. Lurleen was such a character! Who wouldn't want a best friend like her? She was great with the kids and loyal to a fault, which at one point Ditie was hoping wouldn't also get her killed or hurt. Lurleen is one of my new favorite best friends in a series.

Mason's mom, Eddie was awesome too. I really hope we get to see more of her in future books, ahem I think she makes fabulous mother-in-law material ;) I love that she was an ex-cop and a sharpshooter as well. When Mason suggested staying at her house with the kids, he knew it would be safe as Fort Knox with his mom on watch. The two kids, Lucie (8) and Jason (4) were actually pretty nice kids and weren't written as annoying brats or anything. Lucie was used to protecting her brother since they'd had a rough life with Ellie as their mom. (She was good to them but she had questionable friends.)

I never saw the killer coming at all, what a surprise! There were some great red herrings and plot twists. I enjoyed reading the sneak preview chapter at the end for the next book. There were also some of the yummy recipes that were made throughout the book since Lucie loved to cook and so did Ditie and Eddie.
Read more
11 people found this helpful
Helpful
Report abuse

SLA
5.0 out of 5 stars A 4.5!
Reviewed in the United States on October 17, 2020
Verified Purchase
I was torn between a 4 and 5, so this is really a 4.5 for me. I liked the characters, some of them didn't seen that realistic but were likeable. My biggest problem was that it was hard to keep track of all of the moving pieces. There were a lot of potential suspects, and after awhile I was confused who was who. So overall the story was interesting enough to keep me reading, but was a little confusing as well.
Read more
2 people found this helpful
Helpful
Report abuse

Dixie Girl
5.0 out of 5 stars To Many Crooks Spoil the Plot
Reviewed in the United States on October 11, 2020
Verified Purchase
Mabel saw her friend Ella who she had not seen in years.. Usually she needed a favor. This time she wanted Mabel to keep het two children for a fer days. She was woken up by her phone ringing. It was a police detective asking her did she know a woman named Ella? They had found her shot dead and found Mables phone number and aderezos in her pocket book. Mabel had no idea how dangerous her and Ellas childres lives would become.
Read more
One person found this helpful
Helpful
Report abuse

G. B. B.
5.0 out of 5 stars Good read
Reviewed in the United States on October 6, 2020
Verified Purchase
Enjoyed the book. It was like a play. Three main sets and three stops. Lot of action at a couple places. Although, didn't have a clear picture of Eddie's yard and neighborhood. It was a different story, different being good. Heavy in charter development and lighter in plot, but still an enjoyable read.
Read more
2 people found this helpful
Helpful
Report abuse

AZ Ellen
5.0 out of 5 stars An excellent cozy mystery!
Reviewed in the United States on June 4, 2018
Verified Purchase
I enjoyed reading this book so much it was hard to put down. A story in which so much happened and new twists kept coming. A great cast of characters we got to know well. Intriguing mystery, the importace of family, and a couple of romances, too. A satisfying read and satisfying ending.
Read more
6 people found this helpful
Helpful
Report abuse
See all reviews

kmc
5.0 out of 5 stars A brilliant mystery story line
Reviewed in the United Kingdom on October 23, 2020
Verified Purchase
Loving the whole series of books involving Ditie, her make shift family and detective boyfriend Mason.
So many twists and turns and clues to decipher. Who tells the truth and who is lying? Don't know how Dr Brown manages to get there in the end but along the way she has the delightful Lurleen and her French fantasies to help. And at last, a heroine who's not built like Julia Roberts. Love it
Read more
Report abuse

Fiona P
4.0 out of 5 stars Good but overlong
Reviewed in the United Kingdom on March 27, 2021
Verified Purchase
I enjoyed the story and liked the characters, it's worth reading but could benefit from editing as it is a bit long and convoluted with a lot of people to remember. I would be interested in reading more of the series at some point.
Read more
Report abuse

Amazon Customer
5.0 out of 5 stars Enjoyable read
Reviewed in the United Kingdom on October 27, 2020
Verified Purchase
Great new series I've found first book lots of twists to the plot will be definitely reading the other books by this author
Read more
Report abuse

Keith D.
3.0 out of 5 stars Cosy Read
Reviewed in the United Kingdom on October 18, 2020
Verified Purchase
Parts of the story very predictable and the names can be confusing at times but a good cossy read nonetheless.
Read more
Report abuse

Mave
5.0 out of 5 stars bought to read online
Reviewed in the United Kingdom on October 20, 2020
Verified Purchase
I like this product but havnt read it yet will post another review once read
Read more
Report abuse
See all reviews