You've subscribed to Hot Ice! We will preorder your items within 24 hours of when they become available. When new books are released, we'll charge your default payment method for the lowest price available during the pre-order period.
Update your device or payment method, cancel individual pre-orders or your subscription at
Your Memberships & Subscriptions
There was an error. We were unable to process your subscription due to an error. Please refresh and try again. 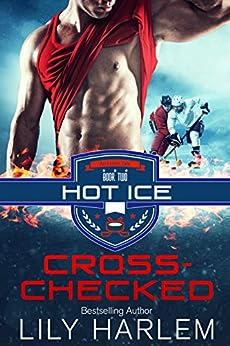 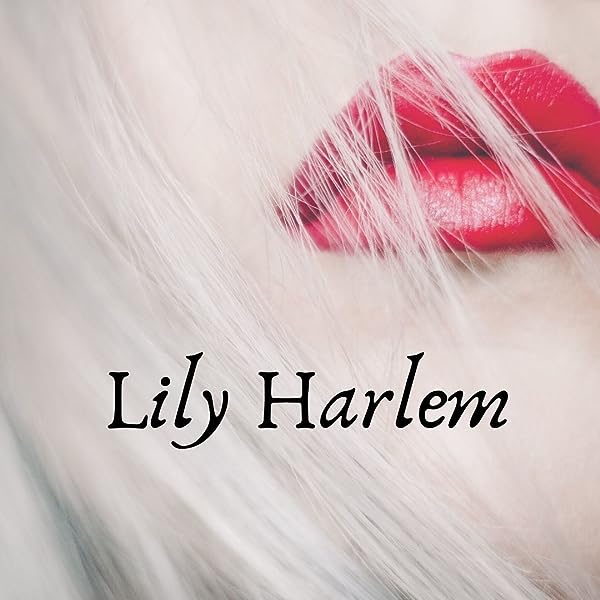 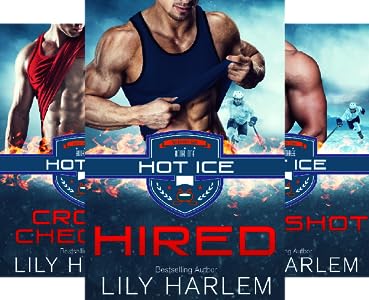 Lily Harlem is an award-winning, bestselling author who loves to write about hot hockey players playing to win both in and out of the bedroom. Don't miss this popular 7 novel complete series, available as individual titles and as a boxed set.

Now when you've finished the HOT ICE series you can dive into two shorter stories and continue The Vipers' adventures. Enjoy!

What Amazon readers are saying about Lily Harlem's work...

"Wow! That's the best I can come up with in regards to this astounding book. Lily's words flow like butter and the reader in entranced in a decadent tale of sensual desires."

"This book is a refreshing blast of riotous emotions that left me gasping for air and reading as fast as I could."

"WOW, WOW, WOW!! Lily has absolutely excelled herself with this novel and it's exceptionally deep story of love, honour and most importantly, trust."

"The writing is excellent and easy to read, with twists and turns to keep the storyline interesting and the reader engaged. I am definitely looking forward to Lily Harlem's next novel!"

"What a gripping, emotional read. This book does not disappoint on the emotional level and there is plenty of steam factor. Definitely worth reading."

"Wow, really enjoyed this book very much, my new author Lily Harlem was a great find after I read her first book, will read all the rest of her books too!"

"Oh my goodness, amazing-balls comes to mind with this book. Lily Harlem has yet again left me loving her work. The story flowed perfectly giving me the full vision and depth. I also enjoyed the surprises on their journey."

"I could not put this book down once I started it. The storyline was amazing. It was incredibly well written, I love when the Author can tell you the scene so perfectly!"

"I loved every word of this book. It is a beautiful love story that had me in tears at the end. I read a lot of erotica and I wish it were all this wonderful. READ THIS BOOK!!!"

Lily Harlem lives in the UK with a workaholic hunk and a crazy cat. With a desk overlooking rolling hills her over active imagination has been allowed to run wild and free and she revels in using the written word as an outlet for her creativity. Lily s stories are made up of colourful characters exploring their sexuality and sensuality in a safe, consensual way. With the bedroom door left wide open the reader can hang on for the ride and Lily hopes by reading sensual romance people will be brave enough to try something new themselves after all, life s too short to be anything other than fully satisfied. --This text refers to an alternate kindle_edition edition.

Kindle Customer
5.0 out of 5 stars Mental games
Reviewed in the United States on November 29, 2016
Verified Purchase
Oh the mental games these characters play with each other. Truly great writing and character development in this book. The author has a gift for bringing the characters to life. Hot and steamy and a piercing, what?
Read more
One person found this helpful
Helpful
Report abuse

Gammie
4.0 out of 5 stars Must read, love it
Reviewed in the United States on September 18, 2018
Verified Purchase
Loved this book and this series. Hockey romance where I'm sucked right into the story. I couldn't put it down.
Read more
Helpful
Report abuse

MiiSarah
5.0 out of 5 stars Great Series
Reviewed in the United States on April 26, 2013
Verified Purchase
I really enjoy this series. I love that you get a glimpse into past characters lives. Hot book, great story, great characters! Cant wait for the next book in this series! Brick :)
Read more
One person found this helpful
Helpful
Report abuse

Amy Ennis
3.0 out of 5 stars Hot Hockey Action
Reviewed in the United States on April 8, 2012
Verified Purchase
First of all, I don't like books that are written in first person, and all of Ms. Harlem's books that I have read so far are in first person. I'm trying not to hold that against her. I know it takes certain finesse to pull off a first person narrative, but it takes equal finesse to mix it up a bit too. Having said that, this book satisfied my cravings: Hot hockey guy. 'Nuff said. It was a good book. Sex was hot. Guy was hot. Hot, hot, hot. Very quick read also.
Read more
5 people found this helpful
Helpful
Report abuse

KathrynBorgia
5.0 out of 5 stars Fantastic Read
Reviewed in the United States on January 19, 2013
Verified Purchase
Lily Harlem not only writes smoking hot sex, but she writes characters who are visceral and real. Every scene pushed the relationship forward and contributes to the character arc.
Read more
One person found this helpful
Helpful
Report abuse

Km
2.0 out of 5 stars so so
Reviewed in the United States on April 4, 2013
Verified Purchase
Usually love hockey romance but this was on "ok" for me. Nothing about it sticks out in my mind. It was a suggestion therefore I read it.
Read more
One person found this helpful
Helpful
Report abuse

Stella (Ex Libris)
5.0 out of 5 stars Fantastic 2nd book in the Hot Ice erotic romance series of Lily Harlem, featuring sexy hockey player heroes!
Reviewed in the United States on February 3, 2013
I enjoyed Hired, the first book in the Hot Ice series by Lily Harlem and was looking forward to the next books to discover more about the other Orlando Vipers hockey players and how they would find love. Cross-Checked is Brick's story. We already got a glimpse of Brick in Hired and despite him being kind of an arrogant jerk there I suspected he had more to him and I had a soft spot for the young but warm-hearted and funny charmer even back then, so I was curious and excited to finally read his story.

Cross-Checked is narrated by the heroine, a respective athlete: Olympic medalist cyclist Carly. Carly has had a crush on Brick for a long time, she is obsessed with him and has an elaborate plan on how to seduce him and keep his interest hooked for longer than a quick tumble into bed. She wants Brick for more than the simple rink bunnies do. But when nothing goes according to her plan and Brick acts nothing like she expected she feels her control on the plan and his seduction slipping.

I dare every warm blooded woman not to melt when reading about Brick's courting of Carly:

"I'll take you home." He grinned. "I'm going that way."
"But you don't even know where I live." I tugged my wrist from his grip even though having him touch me sent waves of delight over my skin. He shrugged. "Wherever you live, I was going that way."

Despite being a huge and muscle solid man Brick has a very open and generous heart. He is playful and flirty, but underneath that easygoing charmer is a man who has depth and hidden vulnerabilities. When he spoke of his deceased father and how much he still misses him even though he hasn't lost him recently, it made me tear up and squeezed my heart. It was surprising and sobering to see the flirty playboy become instantly intense and one could not mistake his seriousness as to his relationship with Carly.

"You're not a game to me," he said quietly. "When I said you were all I could think about, that you were the star of all my fantasies, I was being honest. When I thought I was coming to the hospital to identify a body and help your parents organize a funeral my world ended." His lips squeezed together and he dragged in a deep breath. "I have never, ever in all my life wanted anything as much as I wanted you to be all right, not even last year, when I really wanted to lift the Stanley Cup." He swallowed.

"If I hand myself over to you, Carly," he said, softening his voice, "then you need to be there for me, don't you get it, you've become my weakness. I'm a big, strong guy but if anything happened to you it would destroy me."

I found Carly's internal monologues a bit too sappy and her self-doubt and lack of confidence in herself and in Brick irritating, I often would have liked to shake Carly a few times to finally realize what a good man Brick was and not to miss out on her chance to be happy with him. It was nice to have a story where it was the hero who was sure of his feelings and set on the course to take their relationship further.

Verdict: Just like Hired, Cross-Checked is rather a sensual romance than erotica due to the well developed storyline, characters and emotional journey of the characters taking the main stage instead of the physical scenes.

I have to say I liked Cross-Checked even better than Hired, it was wonderfully hot and heart-warming. I love how 3D Lily Harlem makes her characters, they feel like real people and not just cardboard props in a story. A great story and series I would recommend!

Amazon customer
4.0 out of 5 stars Book 2
Reviewed in the United Kingdom on January 11, 2015
Verified Purchase
It was good but not as good as the first book, I'm hoping they get better, as I do generally like this author, the characters were cute together however I didn't feel the wow factor, don't be put off I still intend to read more in the series.
Read more
One person found this helpful
Report abuse
See all reviews