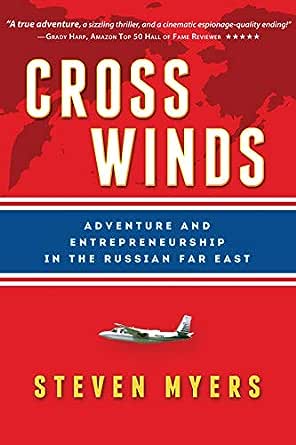 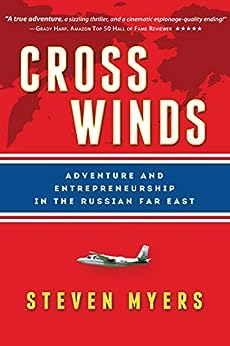 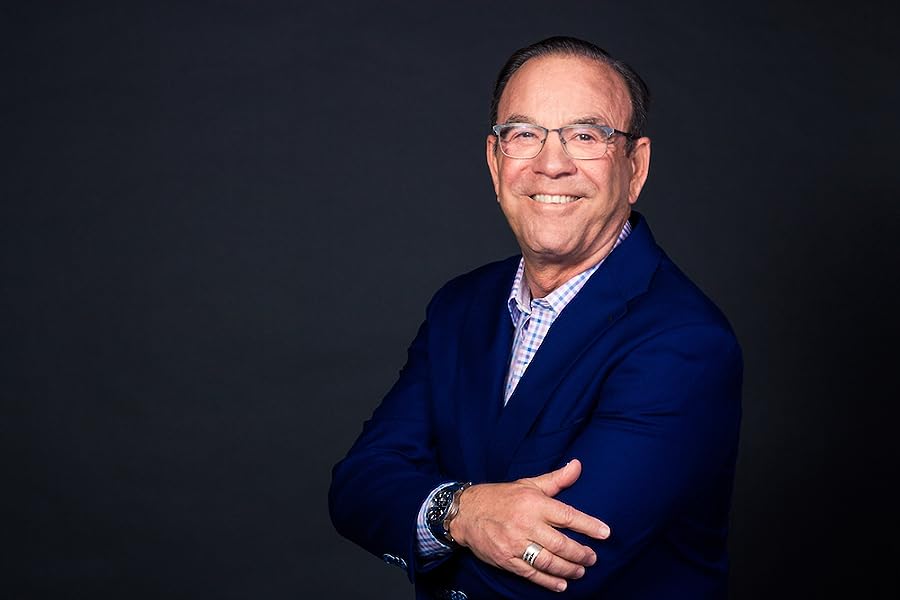 "'The chances are high that you won't survive.' I love this story! Fasten your seatbelt for a wild ride!"
David Alan Arnold
Helicopter Cameraman
Deadliest Catch
Bering Sea Gold
SURVIVOR


"The strong writing skills of the author brings a sense of credible immediacy to this true saga the clash of two vastly different cultures - American and Russian. The added espionage and intrigue becomes cinematic! This book is an immediate fixture in the genre of Russo-American relations. Very highly recommended!"
Grady Harp
Amazon Top 50 Hall of Fame Reviewer
5 Stars


"Steven Myers took my breath away with his tale of flying an airplane into Russia after the Cold War. Being only the second person to do so, his exceptional experiences make for an intriguing read."
Kimberly Love
Author
You Taste Like Whiskey and Sunshine


"Steven Meyer's ability to face adversity with courage while discovering his inner strength led him to go on to live a remarkable life making him the man he is today. Highly recommended!!"
Susan Keefe
Midwest Book Review
5 Stars


"A breathtaking ride into the remote Russian Kamchatka peninsula, and the clash of two cultures in a riveting exploration of entrepreneurship at its riskiest. This book will transform the way you think."
Pamela Gossiaux
International Bestselling Author of Ordinary Girl
5 Stars


"A business treatise and study of entrepreneurship. An adventure story. A geopolitical analysis. Steve Myers' book is all these and more. Replete with characters straight out of central casting. Heroes and villains, exotic locations, courage and daring, this book is certain to capture the imagination of readers as diverse as the characters that dot the landscape of this captivating, informative, and highly memorable tale--and every word is true!"
Dr. Jerry Green
President & CEO, The Pacific Council on International Policy


"Steve Myers has imagined the unbelievable, achieved the unthinkable and built a business that was unstoppable--until the Russian mob intervened to give him the story of a lifetime. That he returned to share his adventure and illuminate the path for future explorers and entrepreneurs is a gift to us all."
Dr. Rachel Kleinfeld
Former President & CEO, Truman National Security Project