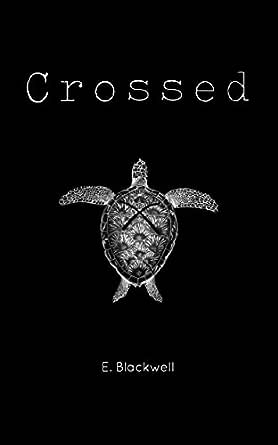 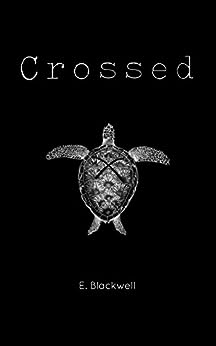 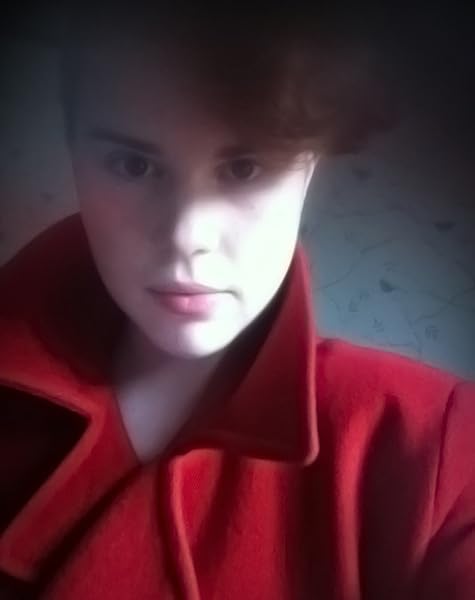 4.9 out of 5 stars
4.9 out of 5
34 customer ratings
How does Amazon calculate star ratings?
Amazon calculates a product’s star ratings based on a machine learned model instead of a raw data average. The model takes into account factors including the age of a rating, whether the ratings are from verified purchasers, and factors that establish reviewer trustworthiness.
Top Reviews

L-J
5.0 out of 5 stars mild spoilers below
Reviewed in the United States on July 22, 2015
Verified Purchase
In a not-too-distant future, a beloved kid's cartoon about talking marine animals sparks an intense wave of environmentalist fervor among global youth. Online, across vegan lifestyle blogs and TV fansites and anonymous message boards, their rage crystallizes into a worldwide movement - part religion, part radical collective - whose adherents call themselves "Crosses." Their aim, at first, is to systematically eliminate the members of the older generation most directly responsible for damaging the planet. As the movement begins to draw millions of disillusioned youth into its orbit, its "human flesh search engines" grow ever more deadly and efficient. And as their numbers grow, their hitlist of environmental war criminals - which, as it turns out, includes EVERY HUMAN EVER BORN - grows shorter by the day...

If that all sounds a little bit hard to swallow, well, it kind of is - but if you're even slightly acquainted with the more fanatical corners of Internet culture, it also kind of isn't. In any case, the ambitious premise is anchored by some really solid and suspenseful storytelling, which keeps the tone from veering into too-campy territory. The story reveals itself through a collection of documents - audio transcripts, chat logs, and legal records which together comprise a sort of history of the world's descent into ordered madness. The format reminded me of another recent SF thriller, World War Z, though for some reason I enjoyed the execution here a lot more. Probably because in addition to sketching a broad picture of a crisis spanning years and continents, a few very distinct voices and characters emerge. Not all of those voices are equally believable, and some of the documents feel more authentic as "artifacts" than others, but regardless each of the intertwining vignettes manages to stand on its own as a compelling narrative. Some of my favorites: a touching correspondence between a boy in India and his mysterious benefactor, an intergenerational diary, a therapy session, and a book tour itinerary (!) that manages to be downright chilling.

Reading this book, it struck me how few SF books I've read that seriously explore the internet as a tool of social change. The last one I can recall is Ender's Game, which, while forward-looking for its time, wasn't quite able to capture the texture of online interaction and internet culture the way this book attempts to (and, I think, largely succeeds in doing).

Lastly, the politics of this book.... I'm not sure what I should say about them, other than it made me reflect a bit on my own political engagement and the way it has likely been influenced by the internet, which I'm sure is a good thing to reflect on. One thing I liked is that despite its considerable potential to be read as a cautionary tale, this novel doesn't come across as too moralizing. I think dystopian stories are at their most interesting when they don't rely on the oversimplified framework of "the bad guys messed the world up because they're bad." And I don't think I would have been down to read something where the takeaway is simply that millenials/environmentalists/radicals/vegans are scary and messed up. Thankfully there seems to be more going on here. It seems like a difficult thing to write compassionately about people who don't respect humanity (as a core tenet of their belief system, no less!), but I think the author does accomplish that here.

Basically, if you're at all interested in eco-terrorism, dystopias, online culture, radicalism, youth revolutions, multimedia narratives.... you'll probably be interested in this book. Also, I know it's said to be the lowest of compliments, but this one's definitely a page turner - albeit one that leaves you with something to chew on by the end.
Read more
3 people found this helpful
Helpful
Comment Report abuse

Matt
5.0 out of 5 stars Crossed - Intelligent, provoking and beautiful
Reviewed in the United States on July 5, 2015
Verified Purchase
A new and fresh look at humanity's future. For any who are interested in dystopian futures or the environment, this book will please. Told through many voices, this rich, insightful and sometimes morbid narrative explores opposing factions of our society, determination, sacrifice, ideologies and commitment to an ultimate cause. Blackwell weaves many voices and viewpoints into a moving and provoking story; you can't help but want to read it over and over to gain a full grasp on the interweaving characters and timelines.

A beautiful, controversial and powerful book, even more so for its shorter length. Fine writing, strong storytelling. So very much worth your time.
Read more
3 people found this helpful
Helpful
Comment Report abuse

Amazon Customer
5.0 out of 5 stars Interesting, different, couldn't put it down - wanted the story to keep on going
Reviewed in the United States on October 17, 2016
Verified Purchase
I'm writing this review many months after actually finishing this novel - because it just won't leave me. This story has stuck with me and I still find myself thinking back to it on the regular. It's easy to see why - such an original and topical premise gives food for thought that the mind keeps churning over long after putting the book down. I loved the narration style as well, it moves around a fair bit so you're seeing this strange dystopian world through different people's viewpoints, adding a lot of dimension.
Well written and beautifully paced - you can feel the way the world is changing as even advertisements evolve throughout the story.
I'd say I'd kill for a sequel because I wanted this to keep going, but the story doesn't really lend itself to one. I'll just have to wait to see what E Blackwell does next. Watching with great interest!
Read more
Helpful
Comment Report abuse

Amazon Customer
5.0 out of 5 stars Seriously haunting; hits slightly too close to home. A worthwhile read for anyone worried about the state of the world today
Reviewed in the United States on March 14, 2016
Verified Purchase
This book is a terrifying and all-too-real glimpse into a dystopic future that is closer that one might think. And the book, in presenting a range of viewpoints and opinions, makes you seriously question whether you want the world to end in such a way. It's a fabulous account of extremism, how cults grow, youth culture and a generational gap we see today which could all too quickly turn into a war.

Highly recommend, but brace yourselves. This book will haunt you.
Read more
2 people found this helpful
Helpful
Comment Report abuse

Using multiple narrative devices, from blog entries and online chat logs to advert slogans and legal documents, Crossed manages to build an intricate world that satirises the disturbing state of our planet's future. Without succumbing to a dogmatic polemic, Blackwell asks the reader to question their own politics, their own horizons. She avoids moralising and presents a world in which truth is relative and greed universal.
Read more
Helpful
Comment Report abuse

All in all an excellent read, I highly recommend. Nice and short - great for a short plane ride!
Read more
2 people found this helpful
Helpful
Comment Report abuse

Hadley
5.0 out of 5 stars Unsettlingly Beautiful
Reviewed in the United States on December 8, 2015
Verified Purchase
Crossed is incredible. I was as entertained as my thoughts were provoked, and that was a lot.
I was blown away on so many levels - the story, the narrative style, and the thematic philosophies. Despite the, at times, heartbreaking mirror Crossed holds up, there is an undeniable streak of hope that permeates through the story, leaving me feeling unsettled, but optimistic.
Read more
One person found this helpful
Helpful
Comment Report abuse

Malcolm Morrison
5.0 out of 5 stars Well worth the read
Reviewed in Australia on July 2, 2015
Verified Purchase
Crossed is an historical account of the near future wherein a radical shift in social ideals takes place. Each story takes place in a different form of media ranging from personal diaries, online forum posts, even dictionary entries. This causes the reader to feel like they are in the role of the historian, trying to piece together the puzzle of what happened and why. Blackwell presents this in a masterful way that will horrify and disturb you, but keep you enthralled until the end.
Read more
One person found this helpful
Helpful
Sending feedback...
Thank you for your feedback.
Sorry, we failed to record your vote. Please try again
Report abuse