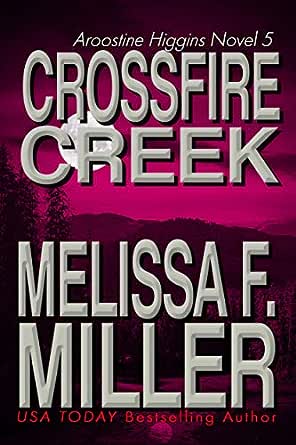 You've subscribed to An Aroostine Higgins Novel! We will preorder your items within 24 hours of when they become available. When new books are released, we'll charge your default payment method for the lowest price available during the pre-order period.
Update your device or payment method, cancel individual pre-orders or your subscription at
Your Memberships & Subscriptions
There was an error. We were unable to process your subscription due to an error. Please refresh and try again. 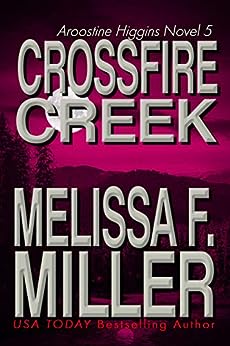 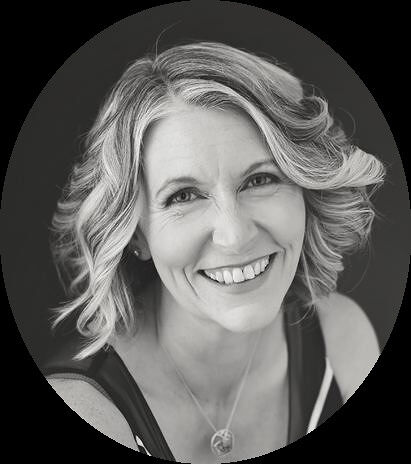 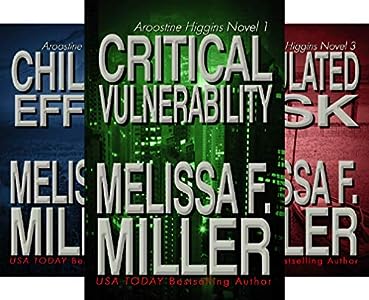 4.7 out of 5 stars
4.7 out of 5
87 global ratings
How are ratings calculated?
To calculate the overall star rating and percentage breakdown by star, we don’t use a simple average. Instead, our system considers things like how recent a review is and if the reviewer bought the item on Amazon. It also analyzes reviews to verify trustworthiness.
Top reviews

Gabi Rosetti
5.0 out of 5 stars "Aroostine assumes her Rue Jackman alias..."
Reviewed in the United States on May 25, 2019
Verified Purchase
Someone saw something they were not supposed to see... A mother and her eleven year-old daughter are missing... Rue Jackman and Rufus head to CROSSFIRE CREEK to track the missing pair...

Special Agent Patton Banks has his own case to investigate... Rue is not the only person looking for Marlene and Joy-Lynn Glasser... Rue experiences flashes of childhood memories...

I was caught up in this book from the beginning... The more I read, the more I wanted to know — I lost all track of time... This was one of those reads I just could not put down... I did not figure out the murdered Demetrius Costa, so that big reveal caught me by surprise... I did figure out one of the subplots before readers were clued in... There was still a twist and a huge shocker after all of that! Ms. Miller expertly crafts her storylines and everything comes together in the end...

AfterThought: I cannot believe it has been almost three years since I read my first book by Melissa F. Miller — it was Irreparable Harm (Sasha McCandless Legal Thriller Book 1). Since then, I have read every novel and novella she has written (some more than once). Thank you for hours of enjoyable entertainment, Ms. Miller!
Read more
3 people found this helpful
Helpful
Report abuse

Becky Wells
4.0 out of 5 stars Exciting Adventure
Reviewed in the United States on March 1, 2021
Verified Purchase
Aroostine Higgins assumes her alter-ego, Rue Jackman, once again as she takes on another missing person case. A Native American woman and her daughter have gone missing. Aroostine/Rue uses her instinct and tracking skill to find them quickly. Story over? Well, finding out why they went missing is an even deeper and more twisted tale, which includes murder, betrayal and a mental condition rendering the witness unable to recognize the face of the murderer. With the usual backdrops of nature and sincere concern for people, this story in the series takes a swerve away from the straight line path. Author, Melissa F. Miller, has stayed away from the typical series tropes of using a familiar framework and storyline. Aroostine grows and changes as life takes her down a road she never imagined, and one the reader probably never would have considered. It makes the series uncomfortable, in a good way. It's fresh and real and interesting. Being a fan of Miller and this series, I dug right into it and enjoyed it. However, it's missing Miller's usual bouquet of suspects and plot twists. Everything was given away early, so there was little mystery or thrill. What made the book good for me was the development of the overall story arc and promise of another interesting adventure for Aroostine.
Read more
Helpful
Report abuse

Our House
4.0 out of 5 stars Mistress of the almost-happy ending
Reviewed in the United States on June 12, 2019
Verified Purchase
Its a murder mystery, and if you don't care about at least one of the people who does, what's the point. So Miller makes you care, even if mostly at one remove. You'll figure out fairly easily whodunit, but you won't be sure that Roo/Rue will figure it out in time. Then there's that little tease at the end...will the next book find our heroine in a new job, a new romance, or both?
Read more
2 people found this helpful
Helpful
Report abuse

Rhonda
5.0 out of 5 stars Great book!
Reviewed in the United States on June 15, 2019
Verified Purchase
Another wonderful Aroostine book that has her using her alias to track a missing mother and daughter. They're on the run from a killer. Aroosrine has to find them before the killer. It's even more interesting because the the daughter having face blindness and can't recognize the killer. At the end of the book, Aroostine is offered a chance for another career change. We have to wait for the next book to see what she decides. It's going to be hard to wait for the next book.
Read more
One person found this helpful
Helpful
Report abuse

Kindle Customer
5.0 out of 5 stars Cross fire Creek
Reviewed in the United States on May 21, 2019
Verified Purchase
Wow , what a great book !! I enjoyed it very much, it's a good mystery, has interesting things going on !! And I also learned something , I didn't know !! I can't wait for the next Aroostine Higgins book and the other mysteries Melissa F. Miller writes !(
Read more
2 people found this helpful
Helpful
Report abuse

MARTIN
5.0 out of 5 stars Excellent story
Reviewed in the United States on June 26, 2019
Verified Purchase
Excellent story well written and up to the usual standards the reader can expect from this Author
Eagerly waiting for notifications for the next one !
Read more
2 people found this helpful
Helpful
Report abuse

Sparticus
5.0 out of 5 stars I love this character
Reviewed in the United States on July 8, 2019
Verified Purchase
Melissa Miller is one of my favorite writers, and Aroostine is one of my favorite charters. This book appears to be a window into a new beginning for Rue. In every story, the reader gets to abandon 21st century oblivion and spend some time living in a world where all senses: sight, sound and intuition are more alive. Great story and really looking forward to where this will take her in the next one.
Read more
Helpful
Report abuse

Loretta M. Ulmer
5.0 out of 5 stars Excellent, Excellent!
Reviewed in the United States on June 29, 2019
Verified Purchase
I really enjoyed this book! Aroostine continues to rebuild her life after her husband’s death!

I can’t wait to see where this job offer and relationship takes her!

Read the whole book—it will be well worth the time!
Read more
One person found this helpful
Helpful
Report abuse
See all reviews

gommine
5.0 out of 5 stars A series that keeps on surprising
Reviewed in the United Kingdom on July 9, 2020
Verified Purchase
By the end of book 4, “Called Home”, we had left Aroostine just as her career was taking an unexpected turn - from federal prosecutor to tracker of missing persons. In “Crossfire Creek”, Aroostine is back searching for a missing mother and daughter, on the run after witnessing a murder. Set in a National Park, the fifth instalment of the Aroostine Higgins series is another fast-paced, page-turning read that combines elements from legal thrillers, police procedural and murder mysteries. In fact, I find that to define Melissa F. Miller’s novels as ‘thrillers’ is reductive: her stories are equally plot and character-driven and these books owe a large part of their popularity to their characters, who are by now much loved by the author’s readership. The first novel in the Sasha MacCandless series - of which the Aroostine series is a spin-off - came out nine years ago and by now it’s safe to say Miller could put out a book in which Sasha mows the lawn and it would still be a success.

Sticking to Miller’s tried and tested formula of writing a story around a subject of interest, the plot in this book centres around a neurological condition called Prosopagnosia, i.e. the inability to recognise faces. Imagine witnessing a murder and knowing that you would not be able to identify the murderer? Exactly. Once again, thanks to this author, I learnt something new.

Just like its predecessor, Crossfire Creek doesn’t disappoint: readers can look forward to a fast-paced story with great characters, humour and unexpected guest appearances (watch out for the bear). And just as we are getting used to Aroostine-gone-rogue, things change once again. It’s a smart move that leaves readers wanting more while at the same time ensuring the longevity of a series that just keeps on surprising.
Read more
Report abuse