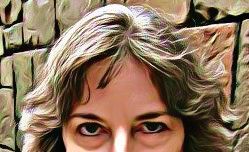 "... A solid, unassuming prose style perfectly matches the Texas setting to tell a tale about a little-known but fascinating part of American history. Enderle writes with restraint, her research neatly woven into the story, her characters carefully drawn. A small gem of a story. (afterword, bibliography)" --Kirkus Reviews

"... Taut plotting and a modest page count make this a strong
recommendation for reluctant and time-challenged readers." -- The Bulletin of the Center for Children's Books

"Most stories of western farming are those of pioneers struggling against nature to survive. What makes this story unique is that it chronicles the struggle to protect a family farm from wire-cutting cattlemen. Young Jesse, the youngest son of a cotton farmer in Texas, is caught in the middle. Jesse s fear of firing a weapon puts him at odds with his father and older brother, Ethan. When Ethan is kicked out of the house because of his gambling, Jesse has to bear the brunt of the work and the horror of the wire-cutters. Jesse has to face his fear of firearms in order to save the life of their hired hand. This well written novel has believable characters in a historically accurate setting. The cattle wars of Texas are often glossed over, but they are full of adventure. Enderle does an excellent job of portraying the time period, the characters, and the wars. An afterword explains the cattle wars and how they were finally halted. Bibliography. Recommended." --Library Media Connection

A firearms accident that killed his dog has left thirteen-year-old Jesse Wade gun shy, and in 1883 Texas, fear of firearms is a sign of cowardice that elicits the scorn of family and neighbors. It doesn't help him one bit that his older brother, Ethan, has stolen money from their parents, lost at the gambling table, and left home after a violent confrontation with their father; now Jesse is saddled with extra chores around the farm and forced to work at close quarters with his perpetually angry father. A severe drought has driven some unscrupulous cattlemen to cut the barbed-wire fences around farms in the region to gain access to water reservoirs, and when farmers such as Mr. Wade attempt to make repairs, the intruders retaliate by mutilating livestock and threatening human lives. This is a predictable set-up for a classic horse opera, and sure as shootin', a stranger rides into town, offers to work around the Wade farm, and makes Jesse mighty suspicious of his possible involvement with the cattlemen. Enderle brings her compact novel to the satisfying conclusion one would expect from an hour-long installment of a TV western, but not before orchestrating an explosive family feud and genuine nail-gnawing tension over the Wades' livelihood and personal safety. Taut plotting and a modest page count make this a strong recommendation for reluctant and time-challenged readers. --The Bulletin of the Center for Children's Books

Dotti Enderle is a native Texan, whose keen interest in the history of the Lone Star State grew from the olden-day stories she heard as a child. Now an author of numerous books for children and educators, including Man in the Moon and the award-winning picture book Grandpa for Sale, Dotti happily weaves the state's history into her books. She lives in Houston with her family and an old gray cat named Oliver.

M. Tanenbaum
4.0 out of 5 stars adventure story set in 19th century Texas
Reviewed in the United States on October 25, 2010
Texas author Dotti Enderle's newest novel, set in 1883 during a grueling drought, brings the excitement of the Texas frontier to today's young people. Thirteen year old Jesse and his family find themselves in the middle of a battle between farmers and free-range cattlemen; with water scarce, fence cutting became a common practice as cattlemen cut through farmers' barbed-wire fences in a desperate search for water for their herds. Sometimes bandits were hired to do the dirty work, and they often left threatening messages behind and even tortured animals to get their message across.

Jesse's family is being torn apart, between the vandalism on the farm from the fence-cutters and his brother Ethan's gambling. When Ethan steals the family's cash reserves to settle a gambling debt, their father disowns him and Ethan is forced to leave in disgrace, breaking their mother's heart. Jesse knows his father thinks he's a weakling; he's unable to shoot a gun since an earlier hunting accident where he had accidentally shot and killed his own dog. In one scene, Jesse's father comments that "this boy will never grow up."

When a mysterious stranger rides into town, Jesse's father hires him to help out on the farm. Jesse doesn't know what to make of Jackson Slater. Snooping around, Jesse discovers that Slater is keeping company with some rough men, and what's worse, he's hiding a pair of wire cutters and a fancy pistol in his living quarters. Is this mysterious stranger friend or foe, and can Jesse summon up the courage to help his family through this crisis?

This fast-paced, action-filled story, written in brief chapters, is narrated by Jesse in a colloquial tone, filled with colorful slang and expressions such as "I felt anger churning inside me like a tornado sweeping through the fields," or "dumber than a turkey." While I imagine it will especially appeal to Texas readers, this book will be enjoyed by anyone who likes an exciting Western story, filled with adventure, danger, and even the Texas Rangers.

At a quick-paced 135 pages, this book would be a good story to recommend for reluctant readers, particularly those looking for a historical or adventure title. The author includes an afterword with additional information on the history of the Texas Rangers, the introduction of barbed wire fencing, fence-cutters, and a brief bibliography.
Read more
2 people found this helpful
Helpful
Comment Report abuse

Lisa S. Bircher
5.0 out of 5 stars A great read for reluctant readers
Reviewed in the United States on January 17, 2011
This novel tells the story of thirteen-year-old Jesse, a young man living in Texas in 1883. His story is placed in the historical time when many cattle stock raisers where cutting the barbed wire fences erected by farmers to protect their crops and property. This historical situation provides the back-drop of an important time in the life of Jesse and his family.

Jesse had developed an inability to shoot a gun as a result of a tragedy he experienced while shooting one day with his older brother, Ethan. He just could not bring himself to pull the trigger on a gun and could not imagine a day when he would ever be able to again. This is a serious problem for a young man living in a historic time when he needs to be always ready to defend himself from snakes as well as evil men.

At the same time that Jesse is struggling with his inability to shoot, he is also struggling with dealing with Ethan, his older brother who drinks too much and has taken to carousing and gambling every night. Eventually, this precarious situation nearly tears his family apart.

This historic novel is a great read for a reluctant reader, especially male reluctant readers. It has a plot that draws the reader forward and encourages reading page after page. Even the dialogue provides the reader with a feeling for the historic time period and it even seems you can "hear" the Texas accent in the words the characters speak. The mention of the differences in religion (Methodist versus Baptist) is added in to make the story more believable.

I really enjoyed the "Afterword" provided by Enderle. I believe if a writer is aiming to produce a historic novel that accurately depicts the historical setting, it is important to explain this to the reader. The "Afterword" rewards the reader with a concise description of the fence cutters as well as the role that the Texas Rangers played in managing this dangerous situation. This provides even greater believability to the story. Furthermore, Enderle provides a Bibliography at the end that suggests further reading for an interested person.
Read more
One person found this helpful
Helpful
Comment Report abuse

Yana V. Rodgers
4.0 out of 5 stars Rutgers University Project on Economics and Children
Reviewed in the United States on November 1, 2010
Jesse's family already had enough problems caused by the terrible 1883 drought: their cotton crop had withered away in the scorching heat, the water level in the tank was so low they risked losing their cattle, and their barbed wire fence had been cut several times by free-range Texan cowmen desperate to find water for their own cattle. They certainly did not need their own family tensions to boil over, but the despair grew when Jesse's older brother got kicked out of the house for stealing the household savings in order to pay off his gambling debts.

Help came in the form of a secretive farmhand who promised to work for no pay but supper and a bed in an old shack. Why would Jesse's father possibly want to hire this suspicious man, whom Jesse had even witnessed meeting up with the local seedy men? As the fence cutters became more aggressive, Jesse felt compelled to fight his fears and prove to his father that the new farmhand had a role to play in the misdeeds and threats.

Thoroughly entwined in this story are some interesting lessons about enforcement of property rights and why problems associated with severe drought increased the urgency of such enforcement. Careful character development and an exciting plot add to the appeal, making Crosswire an entirely satisfying work of historical fiction.
Read more
3 people found this helpful
Helpful
Comment Report abuse
See all reviews