Crow and millions of other books are available for Amazon Kindle. Learn more 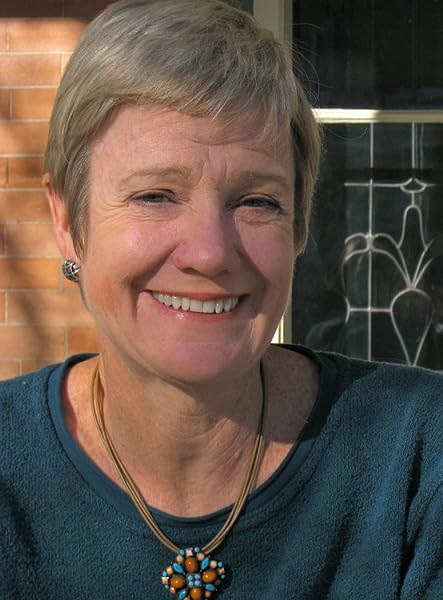 by Barbara Wright (Author)
4.7 out of 5 stars 113 ratings
See all formats and editions
Sorry, there was a problem loading this page. Try again.
Read more Read less
Previous page
Next page

Starred Review, The Horn Book Magazine, January 1, 2012:
“Wright has taken a little-known event and brought it to vivid life, with a richly evoked setting of a town on the Cape Fear River, where a people not far from the days of slavery look forward to the promise of the twentieth century.”

Starred Review, Publishers Weekly, December 12, 2011:
“This thought-provoking novel and its memorable cast offer an unflinching and fresh take on race relations, injustice, and a fascinating, little-known chapter of history.”

BARBARA WRIGHT grew up in North Carolina, and has lived all over the world, from France, to Korea, to El Salvador. She has worked as a fact-checker for Esquire and as a screenwriter. This is her first novel for children.
Start reading Crow on your Kindle in under a minute.

4.7 out of 5 stars
4.7 out of 5
113 global ratings
How are ratings calculated?
To calculate the overall star rating and percentage breakdown by star, we don’t use a simple average. Instead, our system considers things like how recent a review is and if the reviewer bought the item on Amazon. It also analyzes reviews to verify trustworthiness.
Top reviews

LizP
4.0 out of 5 stars Crow
Reviewed in the United States on February 1, 2013
Verified Purchase
The only successful coup d'état in American history occurred in Wilmington, North Carolina in 1898. In that year a white mob took control of the city by force, whisking away its democratically elected integrated government.

Crow tells the story of Wilmington in 1898 through Moses Thomas, a 12-year-old boy from a black middle-class family. In the first half of the book Moses tells us about his day-to-day life. We learn about Moses mother, who loves music and works as a maid. We learn about Moses grandmother, Boo Nanny, who was a slave until she was 30. And we learn about Moses father, a college educated writer at the Wilmington Daily Record, the only black daily newspaper in the South. Moses father is also an alderman in the city government. Moses tells us about his friend Lewis, and what happens when he borrows Lewis's bicycle. We see him try to keep a job picking okra, only to lose it because he tells the truth. We see him becoming friends with a white boy named Tommy, and watch as they explore tunnels under the city. The narrative takes over from the vignettes by the time Moses and his father take a train to Fayetteville. When they arrive in Fayetteville, they find themselves in the middle of a white supremacist rally. By the end of the narrative, the government of Wilmington has been forcibly removed by white supremacists.

Democracy is of fundamental importance to Moses father. He views the right to vote as a sacred requirement and he and Moses worked together to encourage blacks to vote. Moses' father expounds on the value of democracy even as he and other members of the existing government in Wilmington are put on a train by the white mob and exiled from Wilmington.

We have just witnessed a presidential inauguration in this country. An inauguration is, in a way, a symbol of our democracy. It's a peaceful transfer of power which comes about as a result of an election. This is basic to our country. I had no idea power had ever changed hands as a result of violence in the United States. Crow is a powerful cautionary tale.

Cara Lopez Lee
5.0 out of 5 stars An Important Story
Reviewed in the United States on September 3, 2012
Verified Purchase
Although this book is marketed as middle-grade fiction, it has a depth and complexity that I believe will appeal to sophisticated readers in all age groups. Filtering the story of the little-known Wilmington Massacre and the events leading up to it through the eyes of a boy of eleven-going-on-twelve was an inspired choice. Moses learns about racism in a similar way to that in which a younger child discovers there is no Santa Claus, only it's a much ruder awakening. To feel the confusion of a boy who can't participate in a writing contest because even though he's the right age "there could be other restrictions," or who can't understand why he and his father have to sit in the dirty car at the back of the train, is to be reminded of the irrational nature of prejudice in all its forms.

Tensions in Moses' town rise during an election season, as the white community spreads rumors that the black community is plotting to take their women, their jobs, and their political power. Their only evidence is the willingness of a few educated black men to exercise their rights to free speech and participate in the local government and economy. Irrational fear spirals into violence. The people the mob wants to drive out of town are not the poorly educated or the criminal, as they claim, but the most highly educated and respected men in the African-American community.

I was struck by the timely implications of this story as our country today navigates a contentious political season in which, for better or worse, race has taken center stage. I felt a chill at reading how quickly a nervous coexistence can explode into us-versus-them violence. But I was grateful that author Barbara Wright pulled this forgotten historical event out from under the rug so that we could learn from it. I was even more grateful that her choice of a child's-eye view allowed me to witness the human capacity for growth. In the end, I felt hope. This is an important story that deserves a wide audience.

Ms. Teacher
5.0 out of 5 stars Best new title in historical fiction!
Reviewed in the United States on December 27, 2012
Verified Purchase
This is the story of a boy living in North Carolina just before the turn of the 20th century leading up to the bloody Willmington Race Riots of 1898. Moses is not just a vehicle for the events but an engaging protagonist, coming of age in an era where 'people of color' were striving to take advantage of the promise of the Thirteenth Amendment. His granny, 'Boo Nanny,' is uneducated but respected for her herbal/apothecary knowledge and common sense. His college educated father dabbles in local politics, and instills in Moses a love of reading and optimism about the future but tragically underestimates the extent of racial hatred brewing in this city. Powerful, and an interesting view point of this time period.
Read more
One person found this helpful
Helpful
Report abuse

Melissa M.
5.0 out of 5 stars Great book!
Reviewed in the United States on April 25, 2016
Verified Purchase
Though I had gotten this book for an assignment in class, I didn't think it would capture me as much as other books that I read do; this book really sunk in with history- and it delicately danced along it lines with grace. I started to really get sucked into the book, and I couldn't put it down. I could feel emotions that had been laced into Moses heart, and it was really opening my eyes about the conditions and racism then. This was a great book in my opinion, and I suggest grabbing some tissues, just so you know.
Read more
One person found this helpful
Helpful
Report abuse

Sham
5.0 out of 5 stars Five Stars
Reviewed in the United States on June 26, 2018
Verified Purchase
A great book and it arrived only two days after I ordered it
Read more
Helpful
Report abuse

Linda
5.0 out of 5 stars Five Stars
Reviewed in the United States on August 14, 2017
Verified Purchase
This book was added to the choice of books for the students I tutor.
Read more
Helpful
Report abuse

Donna B.
5.0 out of 5 stars Good read.
Reviewed in the United States on December 30, 2014
Verified Purchase
This book portrays an event in history that is little known. It is well written from the perspective of a young boy. Good read.
Read more
Helpful
Report abuse