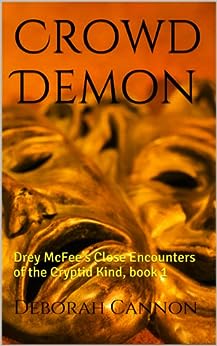 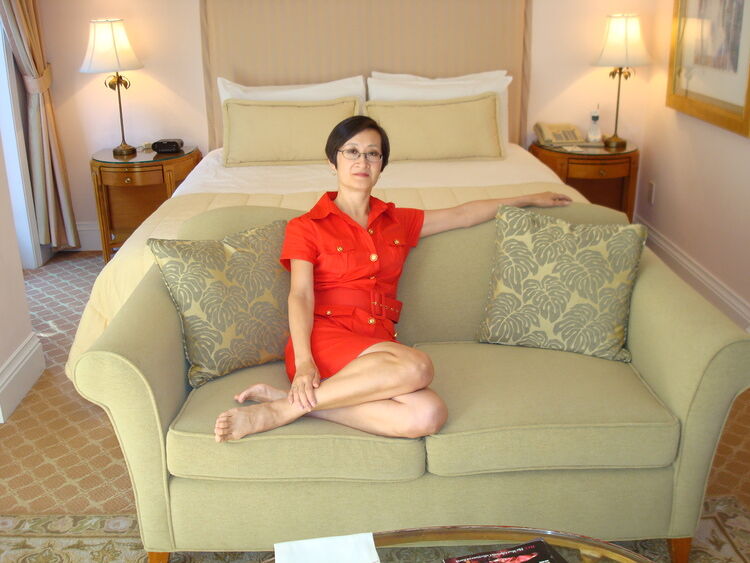 by Deborah Cannon (Author) Format: Kindle Edition
Book 1 of 7: Close Encounters of the Cryptid Kind
See all formats and editions
Sorry, there was a problem loading this page. Try again.
Drey McFee has never resolved her feelings of losing her mother who taught her to love the ballet. After an old friend (the ghost of an Interpol agent) materializes at a performance of Swan Lake and a Crowd Demon is spotted in the audience, all hell breaks loose. In this debut novelette, the perky cryptozoologist pits her wits against the Vancouver Fire Department and the local police when a fairytale and a powerful shape-shifting copper mask lead her to a rare and elusive cryptid.

I was born in Vancouver, British Columbia. My fascination with myths and legends led to careers as an archaeologist, museologist, illustrator and writer. My greatest achievement is THE PIRATE EMPRESS, an Epic Fantasy, and a tale about a Chinese princess who sacrifices herself and all she loves to save the empire from a scheming Fox Faerie, and to keep the Cosmos in balance. With the scope of The Lord of the Rings and the evocativeness of Roger Zelazny's Great Book of Amber, THE PIRATE EMPRESS is an epic saga of love and betrayal, honour and hope, war—and ultimate sacrifice in Ming Dynasty China.

My best known books are THE RAVEN CHRONICLES, a series of archaeological thrillers: RAVEN DAWN (prequel), THE RAVEN'S POOL, WHITE RAVEN, RAVENSTONE and RAVEN'S BLOOD. The books feature half-Haida archaeologist Jake Lalonde, a descendent of the mythical Raven (a prehistoric shaman) who dreams the dreams of his ancestors, and whose search for the origins and migration of the raven icon has led him to adventures in the San Juan Islands WA, the Queen Charlotte Islands, BC, the South Pacific island kingdom of Tonga, and the Mithraic temples of Rome. In his latest escapade, he is lured into the world of the shaman, Chaos magic, goddesses and the mysteries of death.

TALES OF THE RAVEN, a three-story anthology, are tales inspired by the world of Raven and is followed by a four-story collection called WOLFBIRD. For readers interested in cryptozoology I have a fiction series of kindle short reads called CLOSE ENCOUNTERS OF THE CRYPTID KIND featuring perky cryptozoologist Drey McFee and her business partner, the ghost Tom Chancellor. In each episode they are confronted by a cryptid--familiar or completely extraordinary--that they must protect, kill or make disappear. The stories are: CROWD DEMON, LIGHTNING SNAKE, THE HOODED BIRD, WATER WOLF, THE BIGFOOT MURDER and the upcoming LOCH MONSTER.

I have also started a Young Adult series called Elizabeth Latimer Pirate Hunter. The first novel is called THE PIRATE VORTEX, a hilarious romantic adventure featuring Elizabeth Latimer who goes in search of her mother in the pirate past and ends up having to reunite her pirate ancestor Calico Jack Rackham with his pirate girlfriend Anne Bonny. Book two is a madcap adventure called THE JADE PIRATE and takes place in 19th century China where Elizabeth must retrieve a modern device from the notorious lady pirate Mrs. Cheng. The prequel THE VIRTUAL PIRATE tells how she became the teen icon in a light-hearted fantasy adventure that brings to life the legendary love story of the pirate queen Alwilda and Alf the Prince of Denmark.

When I was writing my first novel, I jokingly said to my writing instructor at the Humber School for writers "Well, it will never be a bestseller". He replied, "Yes, it could be." Well, that never happened, but it did encourage me to continue to write. His comment and encouragement from my then literary agent, Joanne Kellock, inspired me to write a feature column for Suite101.com called "Writing Bestsellers." These articles have been compiled into a kindle book called WRITING BESTSELLERS: A Journey Through the Challenging World of Publishing. It chronicles my thoughts and feelings, what I learned from the experts, and my experiences in publishing.

2.0 out of 5 stars
2 out of 5
1 global rating
How customer reviews and ratings work

Kindle Customer
2.0 out of 5 stars Different
Reviewed in the United States 🇺🇸 on May 4, 2015
From Swan lake to a crowd demon, Frey sets out to solve the problem with the ghost of an Interpol agent as her partner.
Read more
Helpful
Report abuse
See all reviews
Report an issue
Does this item contain inappropriate content?
Report
Do you believe that this item violates a copyright?
Report
Does this item contain quality or formatting issues?
Report