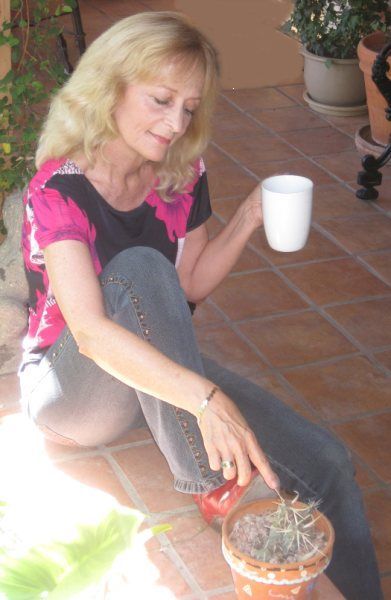 Gloria is an angst-ridden baby boomer living from paycheck to paycheck, whose story revolves around one chilling event in her past: 20 years ago, on a trip to Mexico as an artless college student searching for love and adventure, Gloria and a group of friends witnessed a symbolic crucifixion that ended in tragedy. Andrew, one of those friends, explores his unresolved feelings for Gloria in retrospect. Walker's novel alternates between these two narrators, who are still part of each other's lives, in part because of the sexual tension between them, but also because the violent scene in Mexico has essentially bound them together. The crucifixion is not meant to kill the participant; the man on the cross is voluntarily suffering in thanks for his daughter's miraculous healing. When he does die almost as soon as the cross is raised, the crowd feels cheated and apparently takes out its anger on the Anglo students, who take refuge in a church and, when the mob scene is over, resume their carefree lives. Describing how Gloria, Andrew and their friends deal with the long-term effects of the experience is ostensibly the objective of this loosely constructed, plain-spoken book; however, its real theme seems to be how the aimlessness of American youth generates the uncertain texture of American middle age. The novel also struggles to address the American class system, racial issues and the boomer generation from Gloria's and Andrew's standpoints. Both characters speak in jaded, lackluster monologues that are perhaps meant to reflect their disappointment in themselves and the world. The crucifixion is clearly posed as Andrew and Gloria's defining moment, but Walker is unpersuasive in presenting this event, and its powerful potential falters.

In the early 1970s, three American college students witness the death by crucifixion of a Mexican villager. The man, who had been participating in a religious, penitential re-creation of the crucifixion of Jesus, was not supposed to die. Twenty-five years later, in dual narratives, Gloria and Andrew explore that event and their lives since. Gloria, a liberal free spirit now in her late forties, continues to be a wanderer, while Andrew has fulfilled his version of a conservative Republican American dream. They have seen each other only occasionally since the crucifixion but continue to fixate on it and on each other. This first novel reflects on a generation's views of religion, politics, and racism, as well as denial and fear of aging. It plods occasionally, but the concept and subject matter are fascinating. Recommended for larger public libraries.?Mary Margaret Benson, Linfield Coll. Lib., McMinnville, OR
Copyright 1999 Reed Business Information, Inc.

Kathleen Walker graduated from the Universidad de las Americas in Mexico City, then took a graduate degree from Fairfield University in Connecticut. As a television reporter and producer, she covered the American Southwest for ten years. She currently works as a freelance writer. A Crucifixion in Mexico is her first novel.
Read more