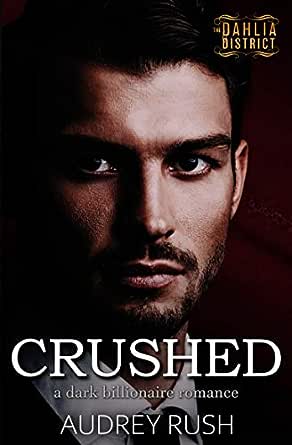 You've subscribed to The Dahlia District! We will preorder your items within 24 hours of when they become available. When new books are released, we'll charge your default payment method for the lowest price available during the pre-order period.
Update your device or payment method, cancel individual pre-orders or your subscription at
Your Memberships & Subscriptions
There was an error. We were unable to process your subscription due to an error. Please refresh and try again. 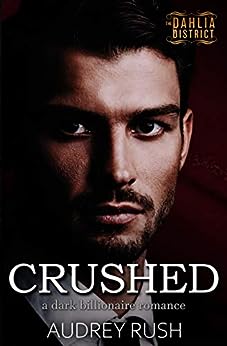 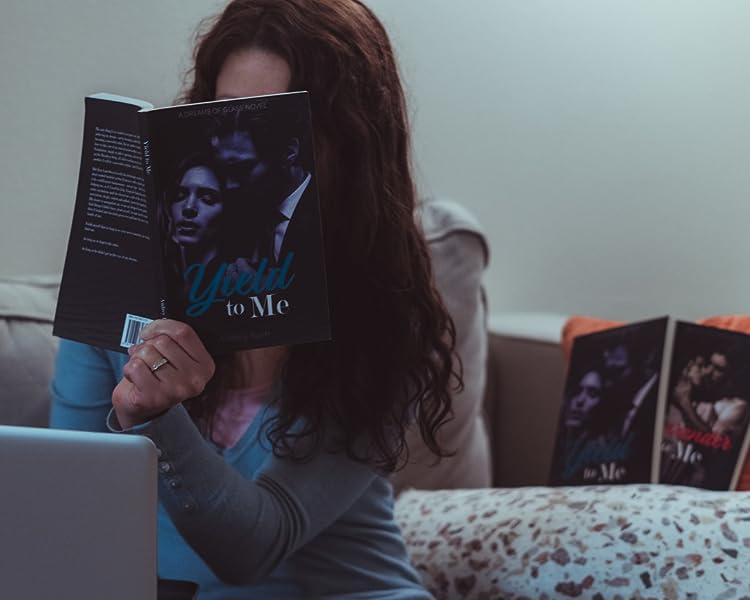 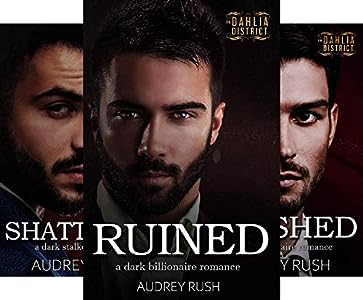 "These books are brutal. They are sexual, sensual, and blur the lines between pain and pleasure...Rush likes to push the limits of both her characters and readers, but does so with the grace of a maestra." - Deana ~ Organically grown, Fae dusted, Goodreads Reviewer

"Audreys storytelling is superb, and this great story will keep you turning the pages into the small hours. I simply can't wait to read the next one." - Sarah, founder of The Smutty Book Squad

"Audrey is fast becoming a favourite author of mine. Her characters have motivation, depth and personality. The bdsm/submissive/dominant scenes are always well thought out and it's clear that Audrey knows her stuff in this area..." - Jenni, Goodreads Reviewer

"Hands down my favorite in the Dahlia District series!" - Jamie, Goodreads Reviewer

"Audrey has a 5-star book with Crushed and this whole series. I always look forward to reading her books because I'm never left disappointed." - Anna, Goodreads Reviewer

"These characters--the author creates these antiheroes/antiheroines that I should really, really not like. Somehow, she makes them seem human..." - Zelda, Goodreads Reviewer

"If you like your romance dark, this is definitely a series for you." - Emma, Goodreads Reviewer

tnfarmgirl
4.0 out of 5 stars Interesting premise
Reviewed in the United States on November 5, 2020
This book has an interesting premise. Scarlett is the ward of Lizzy, a 70 year-old female assassin. The duo are female assassins who seemingly have very few scruples about killing. The mechanical way they talk about killing was off-putting, but it's likely that killers do in fact compartmentalize in that way. Dahlia owns the elite entertainment club which is sometimes used as a cover for assassins in the Dahlia District. Scarlett seduces the targets and Lizzy eliminates them.

Aside: it immediately bothered me that the description of the H (Cormac) looked nothing like the cover. That kind of thing bothers me, even though I know it’s petty.

Scarlett is a fire dancer and so she goes undercover in the elite entertainer club as a server and a fire spinner. This is also to be Scarlett’s first solo job without Lizzy’s assistance. Scarlett’s target is Cormac Stone, a billionaire pharmaceutical mogul who is a frequent patron of the club.

There are twists, turns, suspense and a lot of power play between Cormac and Scarlett. Scarlett learns of Cormac’s past and he is very suspicious of her motives for good reason. Cormac pushes Scarlett’s body hard in order to break her, control her, and determine her motives. She ends up thriving and enjoying it which brings them closer. There are some very hot scenes!

Despite all odds, they fall in love. I liked this book a lot more than I thought I would. It is well-paced and the characters are not homone-driven idiots. I generally prefer when the H’s POV is mysterious, but this author did a good job of conveying Cormac as a real human being. 5 stars for more angst and chemistry. Sometimes the characters felt a little wooden. Overall, an enjoyable read!
Read more
One person found this helpful
Helpful
Comment Report abuse

CK
4.0 out of 5 stars So Great, but beware… triggering content!
Reviewed in the United States on November 6, 2020
This book is an interesting look at morality, as well as a scorching affair with Total Power Exchange, a dash of life-or-death thrill, & a smattering of Super Fast Chemistry.

Triggers! There are a BUNCH of triggers in this book.

Do not read this without being willing to deal with:

…those are the main ones, I think.

How does it measure up to my usual questions?

Not in the traditional sense, though our two MCs are decently debilitated by past trauma. Working through those traumas is simplified, but tackled. A rare but welcome deviation - issues are not simply identified, only to magically be cured by the power of Sex.

Moderate. The twists will be more obvious upon rereading, but the scenes won’t lose their potency.

I am as active as my Disability allows me to be in my Kink community; I looooove power exchange, & I adore reading multiple POV of power exchange. I’m familiar with a lot of kinks, so nothing in here really shocked me. If you’re not familiar with breath play & water boarding, this is not a book to go into blindly.

Because of my background, I thought this was an amazing use of an afternoon. I loved it! I was fidgeting in my seat the whole time. The chemistry between the two MCs was amazing; both grew from their experiences & the moral quandaries were compelling.

I would be VERY cautious about recommending this to others, because of the amount of sensitive content. I would hate to send a friend what I thought was a glorious bit of erotica, to find that friend curled up in a ball of suffering because something was too much for them. That said, I would happily discuss this book with others, & if it sounded like a good fit, I would be so encouraging!

I’d love to read more from this author.

I received this book as an ARC & I am voluntarily leaving my honest views.
Read more
Helpful
Comment Report abuse

Deana - Golden Yogini
5.0 out of 5 stars Dark, depraved, delicious
Reviewed in the United States on November 2, 2020
And so we return once again to the Dahlia District, the billionaire boys’ club where sins of the flesh are the fare of the day.

Scarlett is Dahlia’s newest server and dances with flaming balls of fire, but she’s not there to pay off a debt, as most of the other girls are. No. Scarlett is there to assess Cormac Stone and determine his worth on her good vs. evil scale, for someone wants Cormac killed for destroying his life. If Scarlett determines the world would be better off without him, then she will complete the assignment.

But Cormac is more than just a billionaire bad boy. He’s someone who pushes limits, and now he wants to push Scarlett to the edge and mayhap just a bit beyond.

Rush’s books in this series just seem to keep getting better. Cormac is an eccentric loner with secrets. Everything he does is to protect the one he loves more than life itself. Scarlett intrigues him, but he figures he’ll tire of her because she won’t be able to take his his brand of bad like all women before her save one. But Scarlett, with her honey blonde hair, red lips, and fire play, calls to something slumbering deep within him. However, Cormac senses Scarlett is hiding something. But then, so is he.

And because we’re back in the Dahlia District, you’ll also get glimpses of some well loved characters, such as the goth contortionist/mother hen Iris. Oh, and don’t forget the gourmet cupcakes Dahlia provides her girls daily.

These books are brutal. They are sexual, sensual, and blur the lines between pain and pleasure. Playing with the themes of dominants and submissives, pleasure ends up being whatever you want it to be. Rush likes to push the limits of both her characters and readers, but does so with the grace of a maestra. Rush also forces her readers to enter into the freeing and hedonistic world that maybe, just maybe, they wish they had the courage to enter if given the chance.

I received an ARC of this book and am leaving a review voluntarily.
Read more
Helpful
Comment Report abuse
See all reviews