Cryptozoologicon: Volume I and millions of other books are available for Amazon Kindle. Learn more
Share <Embed> 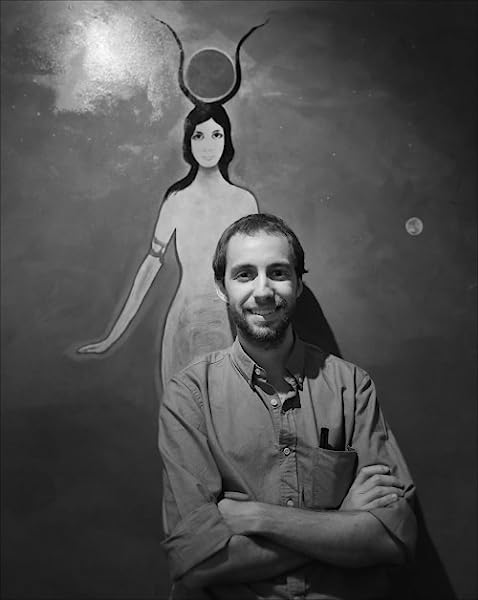 Start reading Cryptozoologicon: Volume I on your Kindle in under a minute.

Tim Morris
5.0 out of 5 stars Top notch Illustrations, combined with skepticism and speculative fiction.
Reviewed in the United States on November 17, 2013
Verified Purchase
Through my long obsession with Cryptozoology, it pains me that even the best, most comprehensive books on the subject have little in the way of original, high quality illustrations. Many describe the entities well in the text, enough to give a mental picture, but the majority of cryptozoology books are compendiums of information on the subject, compiling sightings and hypotheses about these mystery creatures. Even the greats such as Sanderson and Heuvelmans are very sparse with proper illustrations, the illustrations in Bernard Heuvelman's books are so forgettably plain that they are not noteworthy.

One problem is, that many current cryptozoologists do not have the proper funding to employ many artists. Loren Coleman is a notable exception in having one or two devoted illustrators that have provided many, many black and white depictions. I myself produce cryptozoology illustrations for some clients, but I am paid in merchandise (complimentary copies of the books), simply because I have a thirst for crypto books in the first place.

It is unfortunate that I can count on one hand, the books about Cryptozoology that posses truly striking, original artwork. One of which is a very lavish children's book, one is the skeptical tome "Abominable Science", one is Loren Coleman's Hominoid Field Guide, and one very exhaustive French handbook that was never released in English. The 2 recent books about sea monsters on renaissance and medieval maps also warrant inclusion, but their illustrations are historical documents, not originals."The Cryptozoologicon: Volume 1", which will soon have a sequel, instantly rockets to the top of this list.

Each creature entry, of which there are 28, provides a truly beautiful, realistic color portrait of each cryptid. Accompanying this are 3 sections of text per entry. The first is about the sightings and general context, the next is a skeptical paragraph about the likelihood or lack thereof, to its existence, and the third is a piece of speculative fiction as to the nature of the creature, as if it were actually real. The book takes pains to point out that they do not endorse the un-supported existence of any folkoloric creatures, in fact, some cryptids covered in the book are either disproved, false, or fake. The main point of the book is not the investigative nature of many crypto books, but viewing this modern mythological bestiary as what in most cases, it truly is, creative exercises in speculative thought.

After a long love-affair with Cryptozoology, this book has brought me to an epiphany. The fact that these mystery beasts probably do not exist, is not really a bad thing, nor is it a smirch on the reputation of any cryptozoologists. It isn't a bad thing, because the sightings, investigation, and resulting speculation have become a contemporary equivalent of the long-gone annals of Greek and Medieval mythology. That is, of course, perhaps not real, but damn good storytelling. Creatures seemingly exist in our minds and collective conscious, as much as the material, natural world.

I eagerly await the second edition, which will be a sequel. apparently the author and illustrators became so enthused with their speculative ramblings, that they will soon have enough for a second book. Sooner rather than later, I hope.
Read more
13 people found this helpful
Helpful
Report abuse

Sharon A. Hill
5.0 out of 5 stars Cryptozoology - as science and as gloriously preposterous speculation
Reviewed in the United States on December 14, 2013
Verified Purchase
This is Volume One. More volumes are possibly on the way (at least one more). The authors seemed to have great fun with this one.

The introduction is cryptozoology in a nutshell, with a smart, skeptical, scholarly point of view - the kind I prefer. Each entry is a summary of what is known or conjectured about the cryptid. Then the authors crank up the fictional biology to 11 and even push the limits of popular cryptozoo-ers, while remaining generally within the confines of zoology, to indulge in descriptions and illustrations of the proposed animals.

There is no "belief" or religiously fed need by these authors to PROVE this or that animal is real. It's straight zoology blended with art, folklore and a creativity fueled by love of this topic. This book is a few reading levels above your average pop cryptid book, which is good, I think. There is nothing bad about raising the bar.

The Cryptozoologicon picks at the foundation of the field and finds it rather holey. They advocate a new approach to the subject - a more rigorous, rational, less ridiculous approach. However...parts of The Cryptozoologicon are very very silly. That was clearly the intent. The hoop snake makes an appearance. The chupacabra becomes a very large opossum called "Deinoroo"; only a matter of time, they say, until it graduates from attacking livestock to targeting humans. I enjoyed the treatment of "rods" as the most ridiculous of all proposed cryptids; the resulting speculative animal turns out to be gloriously preposterous. This is speculative zoology at its finest.
Read more
6 people found this helpful
Helpful
Report abuse

Rick Charles
4.0 out of 5 stars A Literary Adventure
Reviewed in the United States on February 18, 2014
Verified Purchase
Cryptozoologicon: Volume I uses the cryptozoology community's own poison against itself. It makes a sufficient mockery of the very arguments and techniques many cryptozoologists use in the field. As a cryptozoology enthusiast myself, I already had this impression of the book prior to reading it, and was therefore rather hesitant about investing in my own copy at first, because I try to keep an open mind about the unknowns in the world around us, and I didn't want to read a book that would treat cryptozoology in a manner along the lines of, "Have a gander at all this nonsense that stupid people believe in!"

I did finally cave and buy myself a copy, and after reading it, I can say that my preconception was correct in some respects, but incorrect in others. I enjoyed the book. I really, really enjoyed the book. The authors were not shy about stepping on toes, but they didn't approach the subject like I thought they would. They weren't making fun of cryptozoology, they were scrutinizing it. There's a difference. The authors didn't discredit cyrptozoology, they treated it with extra caution, and only indulged in wild speculation to expose the flaws of practices legitimately exercised by cryptozoologists. It is nonsensical to hypothesize about the biology and evolution of an organism that isn't even recognized by the scientific community yet, and that is what the tongue-in-cheek speculative sections of Cryptozoologicon: Volume I punctuated. The take-home message for cryptozoologists is to prove first, study later. To a degree, I agree with that, though there were some other points the authors presented that I must admit I disagree with.

As for the fun speculation itself, I definitely enjoyed that aspect of this book the most. The illustrations are of course unforgettable, and the creatures themselves reflect the authors' cleverness and creativity. Cryptozoologicon: Volume I is nothing short of a literary adventure. Just a heads-up, though, skip pages 56-57 if you want a good night's sleep.
Read more
3 people found this helpful
Helpful
Report abuse
See all reviews

Amazon Customer
5.0 out of 5 stars Excellent book, if you are in to cryptozoology or even just zoology!
Reviewed in the United Kingdom on May 14, 2016
Verified Purchase
I have been listening to the Tetzoo podcast for a few months no, and after the authors talking about this book I felt the need to finally give it a go... and I am glad I did.

The illustrations in the book are excellent, and the way the book reads is amazing.

We just need volume two now, which I have heard is going to be released immanently !!
Read more
One person found this helpful
Report abuse

Mark Smith
4.0 out of 5 stars A fun and informative look at the world unseen
Reviewed in the United Kingdom on January 10, 2014
Verified Purchase
I bought the Cryptozoologican after starting to listen to the Tetrapod Zoology Podcast - run by the authors. The banter and discussions of presenters rekindled my childhood interest in cryptozoology. As an ecologist I was interested in the attempts the book makes to place the 'mystery creature' into a real context.

The pictures are great and the style is upbeat and jovial. It may not appeal to some but for anyone with an interest in a scientific analysis of mystery creatures.

The only reason I didn't make it a full 5 stars is because I would have liked even more science. I would be interested to see analysis of the ecology of these species not just the possible evolutionary development of the species.

JW Tan
5.0 out of 5 stars Great fun!
Reviewed in the United Kingdom on November 19, 2013
Verified Purchase
A lovely, funny and scientific rigorous romp through the cryptozoological zoo. Great Lovecraftian references, especially the flying polyps at the end.

I've now read this a few times, and enjoyed it even more. There's a lot of material densely packed into well-written and clear prose, and I'm having loads of fun tracking down and going through the references.

Tags that will help you discover similar books. 7 tags
science & mathfairy tales, folk tales & mythsbiological sciencessocial sciencesscience fiction & fantasypolitics & social scienceszoology
Results for:
Page 1 of 1Start overPage 1 of 1
Previous page
Next page
Where do clickable book tags come from?
Book tags are created from a variety of sources, some of which are customer-generated. Amazon is not legally responsible for the accuracy of the tags represented. If you are an author or publisher and would like to remove a tag associated with your title, please contact your vendor manager or publisher support team.
Back to top
Get to Know Us
Make Money with Us
Amazon Payment Products
Let Us Help You
EnglishChoose a language for shopping. United StatesChoose a country/region for shopping.
© 1996-2021, Amazon.com, Inc. or its affiliates