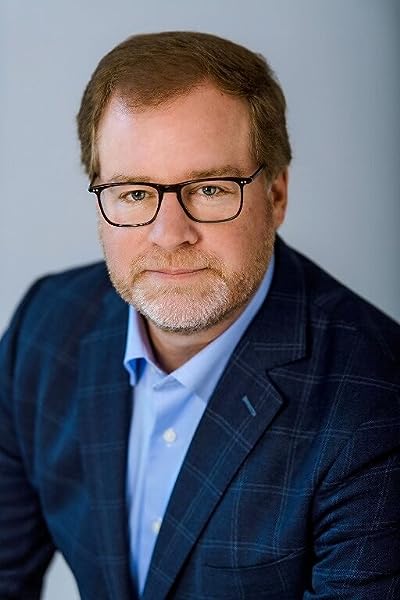 by Kevin Oakes (Author)
4.7 out of 5 stars 197 ratings
See all formats and editions
Sorry, there was a problem loading this page. Try again.

Seize and expand the competitive edge with a smart, well-managed culture “renovation”

Most business leaders understand the power of a dynamic, positive culture―but almost every effort to change culture fails. Why? The approach is often all wrong. Rather than attempt to “transform” a new culture from the ground up, leaders need to instead spearhead a culture renovation. It’s all about keeping what works, changing what needs to be changed, and ensuring proper care and maintenance―much like refurbishing and living in a beautiful historic home and improving its overall value.

In Culture Renovation, the head of the world’s leading HR research firm―the Institute for Corporate Productivity (i4cp)―Kevin Oakes provides tangible, tactical insights drawn from a robust data set and informed by CEOs and HR leaders at many of the world’s top companies. You’ll find everything you need to rebuild your corporate culture with care and expertise, including:

Oakes identifies 18 proven leadership actions for turning any culture into an agile, resilient, and innovative high-performance organization. You’ll learn how to best understand the culture in place today and set a new cultural path for decades to come; develop a co-creation mindset;  identify influencers and blockers; ferret out skeptics and non-believers; measure, monitor, and report progress; and implement “next practices” in talent strategies to sustain the renovation.

Culture Renovation delivers everything you need to plan, build, and maintain a corporate culture that drives profits, growth, and business sustainability now and well into the future.

Kevin Oakes, CEO and co-founder of i4cp, has been a pioneer in the human capital field for the last 25 years, and is an international keynote speaker on culture, talent management, leadership, innovation, diversity, metrics, and strategic learning in organizations. He founded and served as President of SumTotal Systems, one of the largest providers of talent and learning solutions in the world, a company originally founded by Microsoft co-founder Paul Allen.

“The best playbooks are a combination of reliable research, relatable examples, and actionable strategies. This is the best playbook I’ve seen when it comes to creating organizational cultures that create competitive advantage, unlock performance, and rehumanize work.”
—Brené Brown, PhD, author of the New York Times #1 bestseller, Dare to Lead

"What’s clear is that corporate culture needs an overhaul. What’s less clear is how to undertake that massive task. Thank goodness, then, for Kevin Oakes. In Culture Renovation he lays out a straightforward framework that any business leader can use to face the future with confidence and to build a great organization from the inside out.”
—Daniel H. Pink, author of New York Times bestsellers When, Drive, and To Sell Is Human

“Oakes, the CEO of an HR research firm, stresses the importance of a healthy work culture in his empowering debut… Business leaders will want to check out this smart, savvy guide.”
—Publishers Weekly

Kevin Oakes, CEO and co-founder of i4cp, has been a pioneer in the human capital field for the last 25 years, and is an international keynote speaker on culture, talent management, leadership, innovation, diversity, metrics, and strategic learning in organizations. He founded and served as President of SumTotal Systems, one of the largest providers of talent and learning solutions in the world, a company originally founded by Microsoft co-founder Paul Allen.

As CEO and co-founder of i4cp, the leading authority on next practices in human capital. i4cp produces more research than any other human capital research firm in the world, and many of the world’s most prominent organizations and HR leaders turn to i4cp to better capitalize on emerging workforce trends. Kevin provides strategic direction and vision, and is responsible for the overall operations of the organization. Kevin is a frequent author and international keynote speaker on next practices in human capital, and works with business and HR executives on people practices that drive high performance.

Kevin is currently on the board of Performitiv, a performance improvement technology company. Kevin is also on the advisory boards of EdCast, a knowledge network firm, Sanctuary, a health and wellness startup, and Guild, a provider of higher education programs and services to organizations. Kevin was previously on the board of directors of KnowledgeAdvisors, a provider of human capital analytics software, which was purchased by Corporate Executive Board in March of 2014. Kevin was also the Chairman of Jambok, a social learning start-up company which was founded at Sun Microsystems and was purchased by SuccessFactors in March 2011. He also served on the boards of Workforce Insight and Koru prior to their sales.

Kevin is on the board of Best Buddies Washington and helped establish the first office for Best Buddies in the state in 2019. Best Buddies is a nonprofit organization dedicated to establishing a global volunteer movement that creates opportunities for one-to-one friendships, integrated employment, leadership development, and inclusive living for people with intellectual and developmental disabilities (IDD).

Kevin was previously the Founder and the President of SumTotal Systems (NASDAQ: SUMT) which he helped create in 2003 by merging Click2learn (NASDAQ: CLKS) with Docent (NASDAQ: DCNT). The merger won Frost & Sullivan's Competitive Strategy Award in 2004.

Amazon Customer
5.0 out of 5 stars The perfect guide to success
Reviewed in the United States on October 17, 2022
Terrific book and the ideal blueprint for renovating organizational culture.
Images in this review

Madeline Borkin
5.0 out of 5 stars The perfect guide to success
Reviewed in the United States 🇺🇸 on October 17, 2022
Verified Purchase
Terrific book and the ideal blueprint for renovating organizational culture.
Read more

5.0 out of 5 stars The perfect guide to success
By Madeline Borkin on October 17, 2022
Terrific book and the ideal blueprint for renovating organizational culture.
Images in this review

Darin Hartley
5.0 out of 5 stars Thinking about working on your company culture? You have to get this book!
Reviewed in the United States 🇺🇸 on January 26, 2021
Verified Purchase
This is my favorite kind of non-fiction book to read. It’s informative, funny in places, revealing, and drives the reader to turn the page, seeking what insights lay ahead. If you are in leadership in an organization or if you are an employee and want to be a reagent for cultural change, Kevin has done the heavy lifting and created a checklist for thoughtful and sustainable cultural change. While I do provide some of the details from the book, you are doing yourself a disservice if you don’t buy the book and read all of it. The return on your reading investment will be immense.

Kevin provides an overview of the importance of culture and the ability for it to be understood by organizational stakeholders.

My favorite nugget from Oakes’ Introduction is, “...companies that effectively changed their cultures were successful because they were renovating what they had, not starting from scratch and completely rebuilding or transforming.” Oakes’ insight on this point ciphered from the plethora of data and case studies, drove him to this epiphany, which is a key tenet of the book. I find these aha moments often to be some of the most powerful flywheels for innovation.

Another interesting data point is that “Only 15 percent of companies that embark on culture are successful. So, i4cp developed a culture renovation blueprint, in three sections: Plan, Build, and Maintain, in 18 steps.

That's what this book is about and it's amazing!

Erik Samdahl
5.0 out of 5 stars Changing culture isn't easy, but this is an easy book to follow
Reviewed in the United States 🇺🇸 on January 26, 2021
Verified Purchase
A great read for business leaders at companies of any size, Kevin lays out some great key steps in entertaining and insightful fashion to help organizations undergo a culture transformation (sorry, a culture renovation!). The book features a lot of great stories and insights from CEOs and HR leaders, and makes it clear that positive culture change is more than doable with the right planning, dedication, and leadership.
Read more
Helpful
Report abuse

Hal Gault
5.0 out of 5 stars Great read!
Reviewed in the United States 🇺🇸 on February 18, 2021
Verified Purchase
This is a great book. Usually Business books can be very "dry". This one is not! Kevin tells stories of his experiences with different companies that keeps your attention and is difficult to put down. Definitely recommend this if your company is looking at ways to renovate their culture and create a a successful strategy.
Read more
Helpful
Report abuse

Arionna
5.0 out of 5 stars Every leader should read this book!
Reviewed in the United States 🇺🇸 on April 14, 2021
Verified Purchase
I bought the book first for my own edification. Then I decided that all the leaders in our company needed to read it so I purchased more at B & N.
Read more
Helpful
Report abuse

Nicole Krantz
5.0 out of 5 stars A game-changer for anyone thinking through culture change
Reviewed in the United States 🇺🇸 on February 14, 2021
“Culture Renovation” is truly a game-changer for anyone thinking through corporate culture change. Kevin Oakes provides a must-read playbook based on years of extensive research into the best (and next) practices of the world’s most successful companies. Oakes shares fascinating insights and examples from hundreds of conversations with prominent and influential business leaders. “Culture Renovation” provides an invaluable blueprint for ensuring corporate cultural longevity. Brilliant!
Read more
Helpful
Report abuse

Rosa Liu
5.0 out of 5 stars Great author - can't wait to read the book!
Reviewed in the United States 🇺🇸 on February 20, 2021
Mr. Kevin Oakes has so much to offer to the aspect of corporate cultural changes. This area matters more and more in today's world where a big portion of the employees aren't happy with what they are doing. Really looking forward to reading the book.
Read more
One person found this helpful
Helpful
Report abuse

Seattle
5.0 out of 5 stars Insightful, Thoughtful with Practical Advice
Reviewed in the United States 🇺🇸 on January 25, 2021
Insightful, thoughtful with practical advice. And that Kevin Oakes... easy on the eyes.
Read more
Helpful
Report abuse
See all reviews