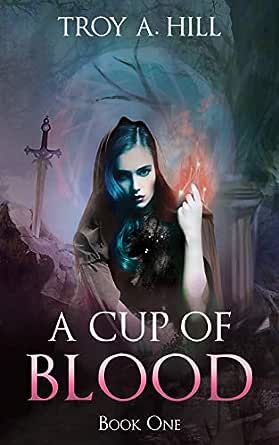 You've subscribed to Cup of Blood! We will preorder your items within 24 hours of when they become available. When new books are released, we'll charge your default payment method for the lowest price available during the pre-order period.
Update your device or payment method, cancel individual pre-orders or your subscription at
Your Memberships & Subscriptions
There was an error. We were unable to process your subscription due to an error. Please refresh and try again. 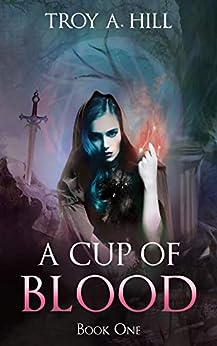 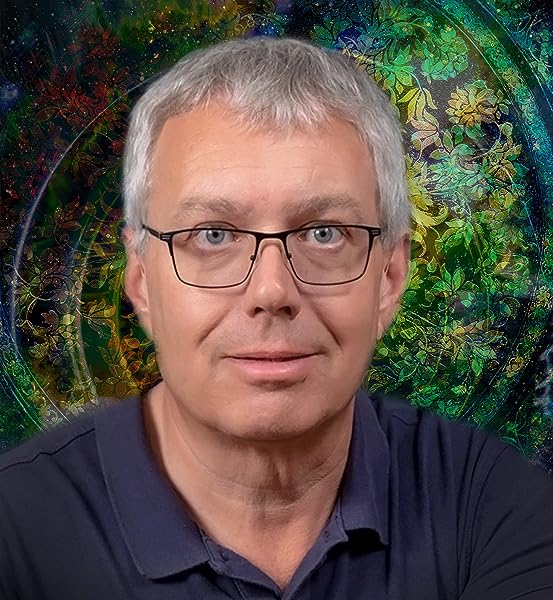 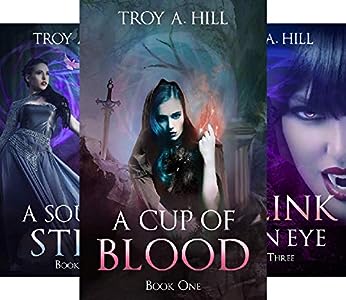 Kindle Customer
5.0 out of 5 stars A bit slow but overall pretty good
Reviewed in the United States on July 7, 2019
Verified Purchase
The first part of the book was a struggle, Maria was presented as a dangerous skillful vampire, however she lets her guard down way too much at the beginning and suffers because of it. The story changes abruptly after that and we get introduced to Gwen and then the plot gets cohesion and we get a peek at the big picture. When we reach the conclusion of the book we find ourselves at the start of a seemingly great adventure I hope the author delivers it so the stories progresses nicely.
Read more
Helpful
Report abuse

Kindle Customer
5.0 out of 5 stars This story has its fair share of excitement and grabbed my attention immediately.
Reviewed in the United States on September 30, 2018
This is a story about a vampire called Maria who starts off travelling by sea to escape some evil witch hunters. The witch hunters consider Maria a blood witch and will kill her if they get the chance.

When she reaches port, initially she goes in search of somewhere to stay. In a tavern she meets an old crone who is friendly, and seems to know what Maria is straight away, but shows no fear of her. After talking to her for a little while, the crone tells Maria a prophecy about Maria's future. It's a prophecy filled with danger and risk but also love and family. The crone warns Maria that she will face a hard choice about her destiny. Then the crone tells Maria that she won't remember the prophecy until the time is right.

Eventually they part company and Maria starts looking for someone to feed from. Maria meets a man who seems willing to spend some time with her. They go to a hayloft for a little private time. Just as Maria bites the man, his necklace falls forward from his top and Maria is shocked to find that the necklace indicates that he is a witch Hunter. At that same moment he realises what she is. He immediately tries to attack her, but he loses his balance and falls from the hayloft to his death. When Maria realises he broke his neck in the fall, she knows that no one will believe it was an accident, so she runs as fast and as far as she can.

From here onwards Maria gets into hot water figuratively speaking with more witch hunters. She is attacked by witch hunters yet again and is in incredible danger. Maria is in a serious fight for her life.

I really loved the tension in this particular fight scene. It's so well written that you feel like you are actually there with Maria, and the witch hunters

If you want to know what happens next to Maria, you will need to read the book I'm afraid, because that is as much as I will say, other than it's a very good story and that it links in nicely with the Penllyn Chronicles by the same author.

If you sign up for the authors newsletter, you get a free book that continues the story of Maria the vampire.

arlc
5.0 out of 5 stars One hell of a journey
Reviewed in the United States on October 8, 2018
This excellently written book, brings the reader on an amazing journey. Set back in time, when the people believed in the goddess and the old ways. Set in the early to mid 17th century. However, priests and church are trying to convert everyone from the old ways.
So, so much happens in this book and there wasn't anything I didn't like about it. Everything moved along at a fas pace. There is situation after situation that happens, keeping the reader glued to the book. The characters are likeable, real, multidimensional and really bring the book to life.
It follows the Vampire Maria (blood witch) in the book is what they're called. She's running from an organization, out to exterminate the blood witches. They're called the blessed witch hunters and their mean, cruel and crude. Maria traveled by boat a long way, hoping to be rid of them. However, she finds herself running from them again.
Maria is not like most blood witches, she's quite different. She finds herself in one problem after another, until she's saved. Much, much more happens in this unbelievably, great book. I just told a very little at the beginning, didn't even tell the good stuff. This in my opinion is definitely a must read. There's a lot more to come in this book and I have a feeling much more in the next book, which I'm dying to read.

I received this ARC from the Author, the review is my opinion after reading the book.
Read more
One person found this helpful
Helpful
Report abuse

Charles Tillman
5.0 out of 5 stars An interesting tale of religion, magic, shifters, and how to speak Welsh
Reviewed in the United States on May 2, 2019
Well developed characters and a whole lot of insight into how political power was dispersed in Britain’s post Arthurian times.

Troy Hill tells a good tale of a vampire with a conscious flees to Britannia to escape the Roman church’s executioners. As the hunters close in she is brought into the service of one of the old gods to take part in an epic struggle between good and evil.

Well worth the time to read, if the spelling and pronunciation of the Welsh gets confusing go to the back matter where the author has put a helpful how to guide for the language.
Read more
One person found this helpful
Helpful
Report abuse

Cheryl_cajun
5.0 out of 5 stars I voluntarily reviewed this after receiving a ARC copy of this book.
Reviewed in the United States on January 12, 2019
Thank you for the ARC read,I voluntarily give this book an honest review.
Maria was running from her past to a future unknown. As a blood witch can she take a chance  in this new land?
Meeting a old hag in the smaller tavern she chose, Maria learns she will have to face her demons to save her friends and family.
Only trouble was she didn't have family and friends anymore not for decades at least. Maria and her demon make a kick butt team that is when the thirst gets to her. Meeting Gwen , she hasn't felt the pull in her but once and that was to her master. Will the witches hunters destroy any chance of happiness Maria could have here with her new friends and loved ones or will she destroy them before all is lost. Love the old Britannia theme of the book.
Read more
Helpful
Report abuse

Kaye (Please Don't Plagiarize My Reviews)
TOP 1000 REVIEWER
5.0 out of 5 stars TROY HITS GOLD!!!
Reviewed in the United States on September 15, 2018
OMG! Talk about staying one step ahead. This is one fast paced, action packed, hard hitting, page turning bombshell that sets the stage for the series. All the twists and turns, ups and downs along with a few glitches here and there make for one enjoyable experience. Once you get started you will not be able to put it down. The characters are so realistic and believable it feels you can just reach out and touch them. Their personalities are unique with vast differences and qualities that balance out as they play off one another perfectly. The scenes are so graphic and detailed it really pulls this little treasure together beautifully. Troy did a phenomenal job bringing this bad boy to life brilliantly. Fantastic job Troy, thanks for sharing this little guy with us.
Read more
Helpful
Report abuse
See all reviews

Jim
5.0 out of 5 stars Sword and Sorcery
Reviewed in Canada on January 28, 2019
Verified Purchase
Not usually a big sword and sorcery fan but this book caught my attention. Thoroughly enjoyable read. The characters are well thought out and the plot races along. Looking forward to reading the next one.
Read more
Report abuse
See all reviews