The Curator's Daughter and millions of other books are available for Amazon Kindle. Learn more
Share <Embed> 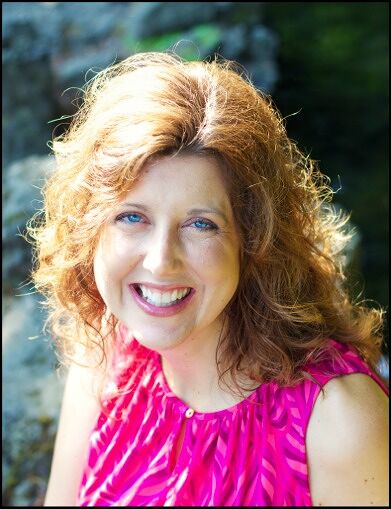 A young girl kidnapped by Nazis piques the interest of a present-day researcher in this propulsive time-swapping tale from Dobson (Catching the Wind). . . . Fans of WWII inspirationals will love this. -- Publishers Weekly

Fans of Kristy Cambron and Rachel Hauck will devour this split-time tale with two equally strong story lines. Increased anti-Semitism in her own community of Portland, OR, inspired Dobson (Memories of Glass) to mine the past for lessons in reconciliation, forgiveness, and lasting change―resulting in a powerful message for the modern reader. -- Library Journal
Start reading The Curator's Daughter on your Kindle in under a minute.

4.7 out of 5 stars
4.7 out of 5
71 global ratings
How are ratings calculated?
To calculate the overall star rating and percentage breakdown by star, we don’t use a simple average. Instead, our system considers things like how recent a review is and if the reviewer bought the item on Amazon. It also analyzes reviews to verify trustworthiness.

Stephanie McCallTop Contributor: Harry Potter
TOP 1000 REVIEWER
5.0 out of 5 stars So Beautiful it Sparkles
Reviewed in the United States on March 20, 2021
Verified Purchase
I haunted bookstores and websites waiting for The Curator's Daughter to be released, and every bit of the wait was worth it. This might be Melanie Dobson's best split time novel yet; I didn't want it to end.

The first thing that jumps out at me as far as what makes The Curator's Daughter so great, is the characters. Now, I believe you can't have a great book without three-dimensional characters, so I talk about them a lot. Yet the cast of The Curator's Daughter stands out in a way I rarely see. Hanna, Ember, Mrs. Kiehl/Lilly, and the other women in this story come across as strong, multifaceted jewels. Moreover, they work together to tell a layered story even though they're (for the most part) in separate time periods. I guess in our time, you could call these women great feminist characters, and as females, they are. But what I love about everyone is how they use their voices and stories to say, "It's time to stand up for all people. It's time to stop hating. It's time to exchange shame for grace. I will do this, so others can do this, too."

Additionally, all the characters, male and female, are relatable. They are flawed, some horribly (of course, this is Nazi Germany we're talking about). But within those flaws, you can find the good and bad in humanity. I especially enjoyed the thread where Ember tried to find one hero of Nuremberg, and where Ember and Lilly had to wrestle with the idea that Hanna, an "ideal" Aryan woman, was a friend to the Jewish people. Melanie truly captured how easy it is for humans to be deceived or controlled by evil, and the courage it takes to break free. She also captured the truth of what can happen when you choose not to break free, in characters like Kolman and Titus, without making them caricatures.

I applaud Melanie for the twist with Mrs. Kiehl, and the fact that she and Lilly are the same person. I have never seen an author write the perspective of an elderly woman and a four-year-old in the same book and do it well, but Melanie Dobson pulled it off. I especially enjoyed the scenes with Lilly growing up and trying to please her adoptive family and country. They're wrenching, but sadly realistic. They also capture the way young children process the world, such as how reality and fantasy mixes in their minds or how they try to understand complex concepts at their level. Bravo!

Ember's plot line engaged me, too, because it was so different from others like it I have seen. That is, I've seen women escape cults before, once in Melanie's other book The Black Cloister (also set in Germany, also a great read). I've seen anti-Semitism and Holocaust survival written before, in beautiful ways. But until this book, I had yet to see a woman raised neo-Nazi turn her back at great personal cost and choose not only love, but the love of Christ. I had yet to see any character, in the 1940s or now, find forgiveness for some of the most despicable crimes in human history, or a connection to them after the fact. The fact that I got this twice in one book...WOW.

The setting of Nuremberg sparkles and throws forbidding shadows over the story by turns. Melanie's discussion of the German Renaissance and the search for artifacts like the Holy Grail give it some new flavors. And of course, the actual Nuremberg trial scenes were both heartbreaking and thought-provoking, even a little angering. I also absolutely loved the prayer labyrinth, the story of the stones and Chrystine the nun, and Ember's collection of stories.

Rather than rave on, although I certainly could, I urge you to get a copy and read this book. Your imagination, heart, and soul will thank you. An enthusiastic recommendation, and here's hoping for more like it.
Read more
Helpful
Report abuse

Barbara K.
5.0 out of 5 stars A page turner!
Reviewed in the United States on April 18, 2021
Verified Purchase
I truly look forward to these time slip novels. This one was no exception. Could not put it down. The stories of Hanna, Lilly, Ember and Dakota kept me riveted.
When we learn the history of the tragedies of WWII, I pray we learn from them and not repeat them.
Can't wait for Melanie's next novel!
Read more
Helpful
Report abuse

Cecily
4.0 out of 5 stars Important chapter in the history of WWII IN
Reviewed in the United States on May 8, 2021
Verified Purchase
Intriguing story in time slip style. Author talked w/ our librarians group, explaining her lengthy research to authenticate the background & details in her story as well as her writing process over the time she spent completing the book. Especially of interest to WWII & Holocaust survivors.
Read more
Helpful
Report abuse

Luv to read
5.0 out of 5 stars Excellent
Reviewed in the United States on March 25, 2021
Verified Purchase
I read a lot of books. I don't often come across a book I enjoy as much as I did The Curator's Daughter. Well done Melanie Dobson.
Read more
Helpful
Report abuse

Always Reading
4.0 out of 5 stars Captivating but sad
Reviewed in the United States on March 9, 2021
Hanna is an archaeologist intent on finding artifacts that prove Aryan mastery. When she is sent home to Nuremberg to work as a museum curator, she discovers her cousin Luisa and her husband Paul are missing. Paul, it turns out, is Jewish. Lots of people are disappearing, mostly Jews and those who help them. Hanna can’t control her life, but starts collecting their stories.
Eighty years in the future, Ember wants to find heroes who helped in Germany during the war. Her former teacher’s mother was “a friend to the Jews.” Ember grew up in the Aryan Council, a radical group intent on white supremacy. Her wounds go deep. She travels to Nuremberg to try to discover what happened to Hanna, and learns that Lily wasn’t really her daughter.
I found Hanna’s story captivating. She’s forced into marriage with an SS officer because they want to use her house in Nuremberg? Her confusion grew as artifacts were protected, but not people. Ember took longer to warm up to. As she knew from her dissertation studies, cycles of hatred are nothing new. The ending is confusing. Lukas, the grandson of Kolman, targeted for revenge Charlie Ward, who raised Lily as his supposed daughter, who had been the adopted daughter of Kolman and Hanna. That’s a big coincidence. The theme of hatred against other races makes this a somber read.
I voluntarily reviewed a complimentary copy of this book. All opinions are my own.
Read more
2 people found this helpful
Helpful
Report abuse

Nicole
5.0 out of 5 stars Wonderful book
Reviewed in the United States on March 9, 2021
Award-winning author Melanie Dobson creates another extraordinary time-slip novel that is sure to become a new favorite among her readers. The Curator’s Daughter weaves the historical and contemporary storylines together as Ember Ellis’ present-day work as a Holocaust researcher prompts her to seek out her former teacher Mrs. Kiehl, whose mother had a connection to the Nazi Ahnenerbe. The past and present of both women intersect as the search for answers changes their lives in a way that no one could predict. The Curator’s Daughter focuses on the Nazis’ extreme interest in archaeology and other occurrences not widely known about during WWII.

Melanie Dobson’s novels are always a beautiful and heart-wrenching glimpse into our world’s history and filled with hope for the future. The Curator’s Daughter is a story of forgiveness, resilience, and love. With so much hatred still prevalent in our society today, this novel shares the powerful message of “the hope of God’s redemption and love for all.” The Curator’s Daughter is highly recommended for fans of World War II fiction and readers who enjoy time-slip and women’s fiction novels. This book will definitely be on my Top 10 List of 2021.

I received a complimentary copy of this book from Tyndale House Publishers and was not required to write a positive review. All opinions expressed are mine.
Read more
One person found this helpful
Helpful
Report abuse
See all reviews

See all deals
Page 1 of 1 Start overPage 1 of 1
Previous page
Next page
Back to top
Get to Know Us
Make Money with Us
Amazon Payment Products
Let Us Help You
EnglishChoose a language for shopping. United StatesChoose a country/region for shopping.
© 1996-2021, Amazon.com, Inc. or its affiliates