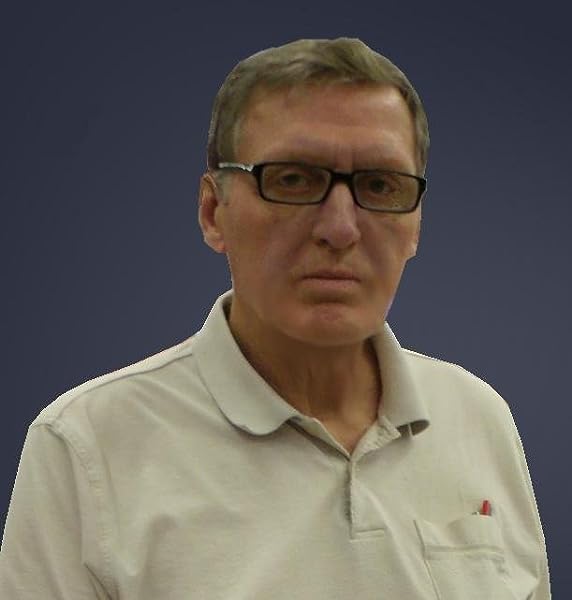 by Thomas A. Stone (Author)
4.7 out of 5 stars 8 ratings
See all formats and editions
Sorry, there was a problem loading this page. Try again.
Read more Read less
Previous page
Next page

I'm a hypnotist, but hypnotism could not stop my over-eating. After 5 sessions of crying, I realized I was no longer nibbling between meals -- Marianne P., Hypnotherapist

Cure By Crying helped me quit my addiction to drugs -- Beth B., Housewife

My only complaint about Cure By Crying is that I wish he had written it 40 years ago. I'm 71-years-old. I've wasted most of my life on my emotional problems -- Jim C., Retired Truck Driver

My violent temper destroyed my marriage. Cure By Crying has put me on the path to recovery -- Lewis P., Policeman -- Actual testimonials from readers of Cure By Crying

The following are the first four and a half pages of Chapter 1 of Cure By Crying.

I'd like to tell you a story of a little boy named Tommy. His Mom has a bad temper. Before he reached the age of 2, she had knocked him unconscious 3 times. Twice he was hospitalized. As you can imagine, his feelings about the opposite sex are already confused.

One day when Tommy is about 4-years-old, he sees his mom and dad fighting. Suddenly mom is yelling in his face, Do you want to live with mom or dad? Make up your mind. Can you imagine a 4-year-old making that kind of decision. Tommy sucks his thumb and pushes the question out of his mind.

About an hour later, a taxi arrives. Tommy sees his older brothers climb into the taxi while the driver throws suitcases into the trunk. Suddenly he knows that he wants to go with mom.

As he tries to climb into the taxi, his mom picks him up and carries him back to the house. Her face is cold and angry. Tommy clings desperately to her neck as she pushes him into the front door. Dad holds him and latches the screen door.

Moments later, she is climbing into the cab. Tommy runs to the back door, but dad latches that door too.

After the taxi is gone, dad unlocks the doors. Tommy walks to the curb where the taxi had been. He sucks his thumb and stares down the empty street. Dad sits in the grass beside him. They stay there together for two hours. Tommy is hoping that the taxi will turn around and come back, but dad knows that it won't.

Dad is not a very good cook. For the next week he and Tommy eat hot dogs every meal.

Dad has to make a business trip and he can't find a baby sitter, so he decides to take Tommy on the trip and leave him with Uncle George who lives in Chicago.

Uncle George lives in a big brick apartment next to a little yellow house. George is not accustomed to baby sitting. At about 12:00 noon, he lets Tommy play outside without close supervision. About 12:30 George looks outside and realizes that Tommy is no where in sight. Desperately he phones all of his neighbors. He searches two blocks in every direction. Finally he calls the police. George is in a panic. How will he ever explain this to Tommy's dad.

At about sundown, a policewoman appears at George's door holding Tommy by the hand. She tells George that the man who lives in the yellow house had taken Tommy and locked him in the attic. She asks if he wishes to press charges. Please come down to the police station and sign some papers.

Try to imagine what is happening inside Tommy's mind. Within one week his mom left him, his dad left him with a stranger in a strange town, and then he was kidnapped and sexually abused.

Please, don't misunderstand what I'm saying. This book is not about child abuse, or blaming parents, or feeling sorry for Tom. It's the opposite of all that. This book is about healing the mind.

I can hear you saying, But nothing bad ever happened to me. But don't you get it. If something had happened to you, you would not know it. It would be completely blank, except you'd have depression or headaches or addictions or some other symptom.

I didn't know I had been mistreated. No one had ever told me. I had plenty of symptoms. I had headaches several times a week. I was terribly shy. I was a slow reader. I was tired all the time. I figured I was normal.

ninaw
5.0 out of 5 stars Cure by Crying
Reviewed in the United States on August 15, 2013
Verified Purchase
I absolutely LOVE this book! It's really a good book for people who want to process their negative and heavy emotions.
Read more
3 people found this helpful
Helpful
Report abuse

Delores J Pollard
5.0 out of 5 stars I need one of these books to share
Reviewed in the United States on June 28, 2013
Hmmmm....so WHY is it so expensive? I need one for my niece. It costs almost $50 USED and yet they will buy mine for 90 cents!!!! Or there is one on ebay for $69. Sheesh... I can't afford that.
If anyone has one of these that they no longer need...please let me buy it from you for a reasonable price. An excellent book when combined with Bradshaw's practice of going "in" and rescuing the inner child from the spots of trauma. That seems to speed up the process.
Thank you anyone who can help.
Read more
7 people found this helpful
Helpful
Report abuse

anke hoenkamp
5.0 out of 5 stars very helpful
Reviewed in the United States on May 20, 2000
If you want to know more about the importance of feeling pain and crying as a means of healing your neuroses, this is a rare book to read. I found valuable practical information on how to help myself and others to cry. In addition to the book by Jean Jenson: Reclaiming yourself, it helped me in my healing process.
Read more
14 people found this helpful
Helpful
Report abuse
See all reviews

Barbara Shinton
5.0 out of 5 stars cure by crying: how to cure your own depression, nervousness
Reviewed in Canada on May 1, 2013
Verified Purchase
I ordered this book because i am very interested in the wonderful cleansing effect of crying in my own life.
Read more
Report abuse
See all reviews
Back to top
Get to Know Us
Make Money with Us
Amazon Payment Products
Let Us Help You
EnglishChoose a language for shopping. United StatesChoose a country/region for shopping.
© 1996-2021, Amazon.com, Inc. or its affiliates