The Curse of the Bridal Chamber and millions of other books are available for Amazon Kindle. Learn more 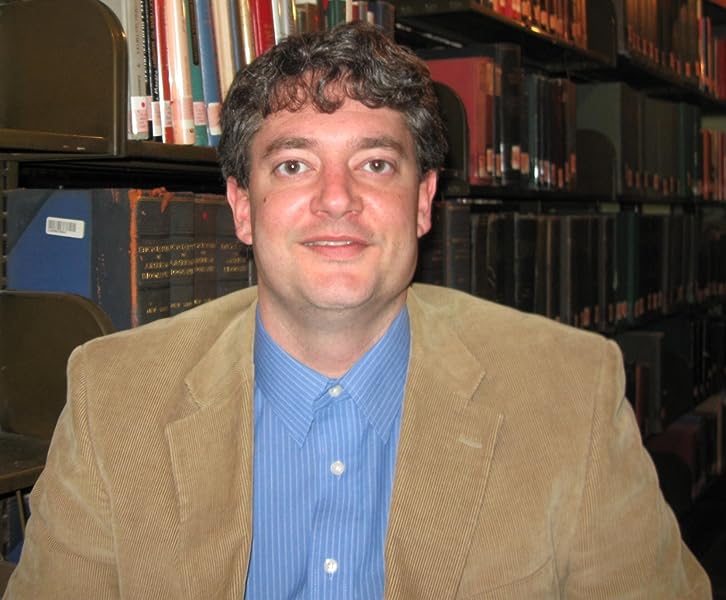 The Curse of the Bridal Chamber: An Imogene and the Boys Novel Paperback

4.2 out of 5 stars 41 ratings
See all formats and editions
Sorry, there was a problem loading this page. Try again.
Previous page
Next page

Start reading The Curse of the Bridal Chamber on your Kindle in under a minute.

Hunter Murphy is a writer from Florida. Some of his literary heroes include P.G. Wodehouse, Eudora Welty, Christopher Morley, Eugene Walter, and Agatha Christie. He's a fan of good storytelling, no matter the medium.

He released Imogene in New Orleans, the award-winning first novel in the Imogene and the Boys series, in 2014 and has followed up the book with The Curse of the Bridal Chamber (September 2016). He works and spends a lot of time in libraries.

Amazon Customer
5.0 out of 5 stars an exciting new mystery writer.
Reviewed in the United States on September 17, 2016
Hunter Murphy has just come out with his second Imogene book....Yay!!! I love the characters...it was like meeting old friends again. A superb and funny read from beginning to end with lots of laughs along the way. I love the style that Hunter uses; reminds me of books I read as a child and totally suitable for all age groups...Start the book and you will not be able to put it down.
Images in this review

nonstopreader
5.0 out of 5 stars Fun Read - Good Mystery!
Reviewed in the United States on October 23, 2016
Verified Purchase
On some levels, this book falls into the “cozy mystery” category – humorous at times, with amateur sleuths. So anyone who likes this genre should love the story. But it’s also a really good mystery, with twists and turns galore and two murders that leave the reader guessing till the very end. The main unwitting “crime solvers” are Imogene and Agnes, sisters who are on a brief vacation with Imogene’s son (Agnes’ nephew) Billy and his husband Jackson….plus their 75-pound dog Goose.
They’re on their way to Orlando, Florida’s theme parks, but first visit Clear Springs Park and of all things, a mermaid convention, courtesy of Maribelle, “mermaid” at the park, whose mom Billy (a home health nurse) once took care of.
But before they‘re even fully settled in their lodgings, a dead body is found and Billy is blamed for it and taken to jail. What follows is a fun series of events as Jackson, Imogene and Agnes (plus Gooey, as the dog is nicknamed) seek to find the real murderer before being killed themselves. It’s funny, it’s fast-paced and it’s really a very good story. It’s second in the Imogene and the Boys series and I hope it continues.

Kourtney
5.0 out of 5 stars Recommended for readers of all genres!
Reviewed in the United States on November 8, 2016
Verified Purchase
I thoroughly enjoyed The Curse of the Bridal Chamber. It revolves around this mysterious Florida spring called “The Bridal Chamber.”

When Billy decides to take his partner, Jackson, his mother, and his aunt on a trip to see the mermaids at a convention, they are expecting adventure- and an adventure is precisely what they get! The convention pulls in mermaids from previous generations who starred in shows around the park. Although I did not read the first book in the series, the second book reads well as a stand-alone novel, and I could gather a gist of what I needed to know from this story.

It’s rare that I can say a novel like this captured and held my attention, but The Curse of the Bridal Chamber did exactly so. The world surrounding the mermaids is carefully crafted and the story takes complex turns. I spent time focusing on each character, claiming to myself that I knew the killer, only to discover that someone else seemed guiltier than another. This tale is like a classic case of “Clue,” which I am certain would keep readers interested. And did I mention mermaids? MERMAIDS! I was completely smitten from the beginning.

Cheri Roan
5.0 out of 5 stars “Mama said there’d be sights and wonders…”
Reviewed in the United States on October 18, 2016
Verified Purchase
Clear Springs, where beauty and serenity surrounds. Mermaids and monkeys add to the enchantment of the magical park. However, the waters hide deep dark secrets that when a body rises from the deep everyone is a suspect. Which lands poor Billy McGregor, whose family was invited to the mermaid convention, in jail for a murder he couldn’t possibly have committed. The park people are determined to keep their secrets. But Billy’s partner Jackson along with the senior Deal Sisters; Imogene, Billy’s mother and her sister Aunt Agnes are on the case to free young Billy. Add Goose the bulldog and you have a group seeking the truth.

Decades filled with racism, adultery, love, romance, murders and more all tied to the curse of the Bridal Chamber, keeps readers captivated wondering who killed Grant Scroggins in 1972 and now John Kent? One can’t help but wonder are the two murders related or coincidence that both men died the same way…

Hunter writes a magical tale of intrigue and suspense. His descriptive detail is so rich and alive one can feel themselves hiding deep within the woods, standing on the promenade or riding in the glass bottomed boats. The escapades of the Deal sisters add a mix of hilarity to the mystery making this a fun, suspenseful time. A remarkable story that I didn’t want to end as I look forward to reading more from Hunter’s creative mind and the adventures of the Deal sisters, two boys and a bulldog. A delightfully entertaining and suspenseful must read.

Charles T Franklin
4.0 out of 5 stars Quirky and funny mystery with an intriguing love that unfolds throughout the story. Definitely a memorable book!
Reviewed in the United States on April 15, 2017
Verified Purchase
If you can imagine the actors of “Beverly Hillbillies” on a mystery show, then you come close to what you would find in “Curse of the Bridal Chamber” review. The book follows a family on a vacation to see mermaids, but end up mixed in a mystery involving a floating dead body and a lot of angry mermaids, (Yes, I said mermaids). There is a lot of humor, chase scenes, fight scenes, family, and relationship drama and (of course) plot twists.

It was a very interesting ride.

At first, though, I thought the book was a satire with a mystery theme (especially with a bulldog in a carriage), but at its heart, there is a deeper, unexpected, story about finding love in unexpected places. That story began to unwind itself with Peter Luce and continued to evolve through the story. It is at this point that the book slowed down."The Curse of the Black Chamber" broke away from its usual back and forth banter and action-comedy sequences to reveal a bigger and more complex love story than I expected.

For a mystery that involved mermaids, monkeys, and romance, "The Curse of the Bridal Chamber" ended up being a quirky story that I definitely will not forget.
Read more
Helpful
Report abuse
See all reviews