You've subscribed to Dark Princes of Purgatory! We will preorder your items within 24 hours of when they become available. When new books are released, we'll charge your default payment method for the lowest price available during the pre-order period.
Update your device or payment method, cancel individual pre-orders or your subscription at
Your Memberships & Subscriptions
There was an error. We were unable to process your subscription due to an error. Please refresh and try again. 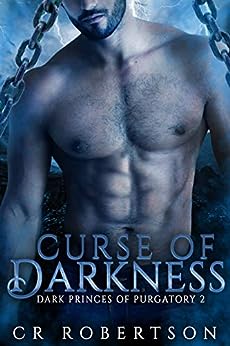 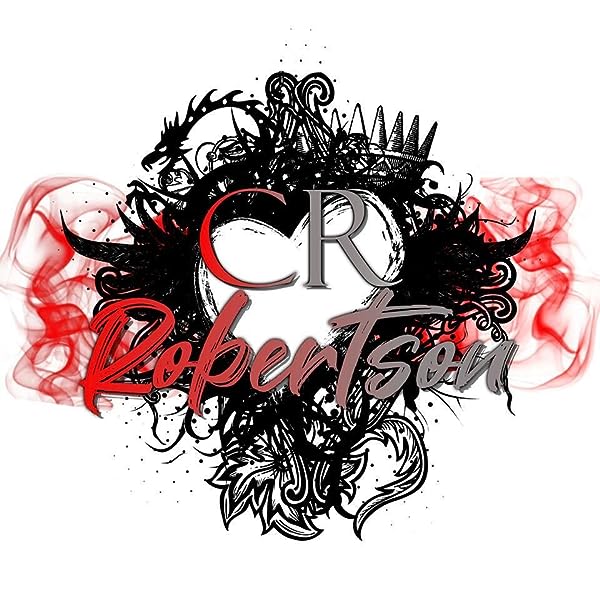 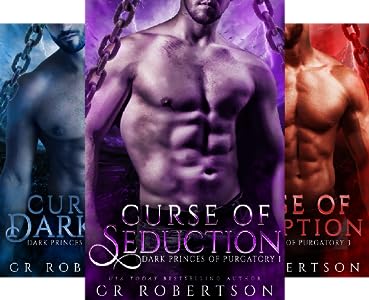 4.9 out of 5 stars
4.9 out of 5
29 global ratings
How are ratings calculated?
To calculate the overall star rating and percentage breakdown by star, we don’t use a simple average. Instead, our system considers things like how recent a review is and if the reviewer bought the item on Amazon. It also analyzes reviews to verify trustworthiness.
Top reviews

Mary Brannian
5.0 out of 5 stars Curse of Darkness
Reviewed in the United States on August 21, 2020
Verified Purchase
There was no greater sacrifice than giving something you hold sacred for someone you loved. Agatha

There was something about this witch that spoke to my soul the same way the wind rustling through the leaves in my forests did. The trusted voice that guided me in battle told me to protect her. I didn’t understand it, but I’d never ignored the voice before. - Raegel

Agatha had kept herself and her sister witches hidden for centuries... But the time has come to confront Ophelia, the Blood Queen. It was time to end her reign of blood and death.... Now, if only Agatha had a plan that didn't include dying...

“Every man fears the woman who will tame him. Raegel looks at you as if you are his salvation and damnation. Only time will tell which you truly are.” - Lycidas

Raegel had suffered under the black curse of the Blood Queen for centuries. He had battled the dark, but his will was wearing thin. The sudden appearance of Agatha in his life shatters his hard-won control...

"The light of her soul resembled the moon she showed me in her visions. When she smiled at me or her eyes studied me, I felt her presence on my skin like a tattoo created from emotions." - Raegel

Enthralling and intense, you quickly find yourself drawn ever deeper into the realm of Purgatory... Loved it!
Read more
Helpful
Report abuse

BossAngel
5.0 out of 5 stars Curse of Darkness - Loved it
Reviewed in the United States on August 21, 2020
Verified Purchase
The second book in this series is just as fantastic as the first book. This wonderful story is about the Dark Elf Prince Raegel and the witch Agatha who Raegel claims as his own. Raegal resists showing his feelings to Agatha because of his curse. The Blood Queen Ophelia can activate his curse forcing him to kill anyone that's a threat to her. Keeping Agatha close to him prevents Ophelia from seeing him so Ophelia sends gargoyles against his village but Agatha talks to the leader. Raegel and Agatha find out that Ophelia is holding their mates so she promises to free them. Their journey to free the gargoyle's mates and to find the other witches hiding in Purgatory and the budding romance, plus trying to break Raegal's curse is explored in this well written story. This romance story deals in the BDSM aspect of romance, but it's tastefully written. I can't wait for the next installment of this wonderful series.
Read more
Helpful
Report abuse

Vstat
5.0 out of 5 stars ❤️❤️❤️Go start this series....
Reviewed in the United States on September 1, 2020
Verified Purchase
Oh my gosh where do I begin... First of all I love Raegel and Agatha story.. The way they fight each other, the way they love each, it bought tears to my eyes.
" I told you not to leave me" I growled, you also told me you'd follow me to hell". That sums up the whole story right there... I totally, 💯 % recommend this book to anyone who loves a good paranormal romance... Can't wait for the third... Thank you CR Robertson... ❤️❤️❤️
Read more
Helpful
Report abuse

Lit Books 🔥 📚
5.0 out of 5 stars Another action packed story
Reviewed in the United States on March 3, 2021
Verified Purchase
The storyline continues, but in a unique way. Much of it is told from the starring couple’s perspectives. Don’t let that throw you off, though... There’s lots that happened in book 1 that we didn’t know about because it wasn’t from the characters’s perspectives. Really cool book, this second one is!
Read more
Helpful
Report abuse

Ashley
5.0 out of 5 stars Curse of Darkness
Reviewed in the United States on May 8, 2021
Verified Purchase
Dark and devastating! A mix of fiery sass and all consuming love! I enjoyed this fast paced novel full of action, suspense and sexy romance.
Read more
Helpful
Report abuse

Seraphia
VINE VOICE
5.0 out of 5 stars Page-Turner of a Story
Reviewed in the United States on August 28, 2020
Curse of Darkness is the second book in C.R. Robertson’s Princes of Purgatory series and this book gives readers Agatha and Raegel’s story. Their fates decided in the runes and by fate, their paths will cross and be sealed into the path that they are destined to follow. Agatha after years of not finding the one meant for her is prepared to embrace what she believes is her fate to die to protect those that she loves. But this elf prince will be the one who comes and takes her heart and she will be the one to melt his, but will they be strong enough to withstand the danger and destruction that is Ophelia?
Curse of Darkness hooked me in from the beginning by giving me a glimpse into the past and seeing Agatha and her sister while their mother was still alive. I almost missed who the chapter was about in my eagerness to devour it. LOL! I had to go back real fast and reread it. Then the author shifts to Raegel as his father offers up to Ophelia. Then the story shifts into present-day and races ahead. I love how the author blends pieces of book one into this book so that they are familiar, but not simply repeated. I get the story from Agatha’s viewpoint, but still enjoy the fact that I know what is going to happen in that particular scene. The banter between the characters and family connection is well done and I like how warm it is.
I found Raegel to be an interesting character. There were some moments though in the book of where I’d forget that he’s actually an elf and not a vampire. It’s just some of the actions of him as a character, but then the author reminds me of certain details and then I cement it in my head that he’s an elf. He really comes off as a tortured soul in this book. He is tormented by Ophelia’s curse and the price that she exacts on him to force him to heel. I have to say that I love that the author has Raegel show his heart in unique ways. He does it subtly and in ways not meant to draw attention. Now, he does have his irritating moments, but I can move past them because he does get some payback here and there. LOL!
The relationship between him and Agatha is steamy, to say the least. I love the push and pull that goes on between them and how well they can read each other even before they are mated. True to form this author gives readers a nice dose of steamy with this book. I wouldn’t call it overly graphic, but the detail is there and in all right the places to fuel the imagination all the way.
There is, of course, a spy in the elven midst and the author does a good job at keeping me looking at the wrong character for a whole minute. Also, you can be sure that as this story fills in the gaps to book one with these characters, that we’ll get to find out what happened exactly with the last spy.
This book is an enjoyable story, and the author drops who the next couple will be. I’m looking forward to the next book in this series to find out how they come together and what dangers they will face as Ophelia loses power a piece at a time and only becomes more dangerous in her quest to regain what she has lost. I am rating this book 5 out of 5 stars. If you read the first book and enjoyed it then I am sure that you are going to enjoy this addition to the series.
Read more
Helpful
Report abuse
See all reviews