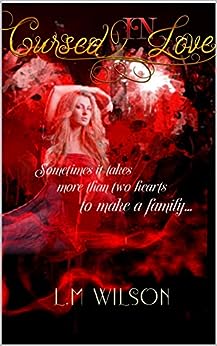 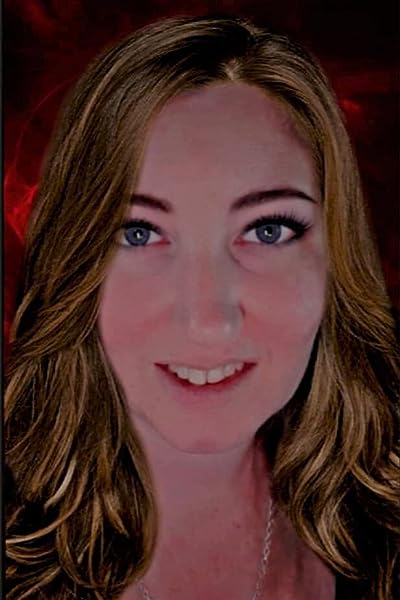 2.9 out of 5 stars
2.9 out of 5
16 global ratings
How are ratings calculated?
To calculate the overall star rating and percentage breakdown by star, we don’t use a simple average. Instead, our system considers things like how recent a review is and if the reviewer bought the item on Amazon. It also analyzes reviews to verify trustworthiness.
Top reviews

ToxicOutbreak
2.0 out of 5 stars It's a Mess
Reviewed in the United States on March 8, 2019
Verified Purchase
To put it simply, the entire book is a mash of different scenes and scenarios that never entwine completely. My complaints have spoilers, so I won't lost them all, but he forewarned, there may be an intentional slip up.

A girl, Jay, starts college, being selected to stay in a co-ed house as part of a scholarship. Surprise, her roommates are all guys. Each person, Jay included, have pasts and insecurities that make them less than book boyfriend material, but I stuck it out to the end anyway. We get zero depth, and even though it was a fast burn, there was no sex between DMV and her guys. Lots of foreplay, teasing, and punishments, but no actual bang bang.

Also, there is cheating and abuse. I do not recommend this one. Even though I don't necessarily regret reading it, LM gives zero incentive for Jay to stay.
Read more
Helpful
Report abuse

Hazel Venter
1.0 out of 5 stars nope
Reviewed in the United States on March 9, 2019
Verified Purchase
Sorry, I don't normally like to leave bad reviews but this was just not good. Unrealistic deep love within a few days, cruel behaviour from the guys and showing no remorse for their behavior. And lastly one of her guys is borderline abusive which would make me very nervous around him. Two different sets of standards, they are allowed to.act out if they are scared or feeling emotionally rejected yet she is not allowed to.
Read more
One person found this helpful
Helpful
Report abuse

Jade Wolf
3.0 out of 5 stars I wanted to pull my hair out.
Reviewed in the United States on May 2, 2021
Verified Purchase
Sorry I hate doing this but this book is so wishy-washy. She's always running, the guys are manipulative and in my eyes cheating. It's just not something I enjoyed.
Read more
Helpful
Report abuse

ObsidianAsh
4.0 out of 5 stars What a great ending.
Reviewed in the United States on March 8, 2019
Verified Purchase
Na. Contemporary Romance. Rh. 4 college roommates. HEA. College setting. Sweet story with some drama. Clean (I haven't read anything that was a standalone and this clean in a looooooooong time).
Read more
Helpful
Report abuse

Machelle
5.0 out of 5 stars This is good!
Reviewed in the United States on September 4, 2018
Verified Purchase
We all need stores likes this one sometimes. It's a great contemporary story with a wonderful happily ever after. It's a quick read with plenty of sexual tension.
Read more
Helpful
Report abuse

AvidReader
1.0 out of 5 stars ...Just can’t.
Reviewed in the United States on April 12, 2019
Here’s the thing, I love RH, I really loved the premise and the set up of the story but where the author lost me was when **spoiler** the guys nearly sleep with a total “frat girl hanger-on’er” ie, you know what they’re called *sigh* just because our main character our heroine “leaves them.” And here’s the kicker, they had JUST dropped a huge bomb/proposal on her, and expected her to just jump and say, “SURE” with no reservations. So she gets nervous, leaves, but doesn’t even say she’s leaving for good, just needs to clear her head, she comes back later to find them in VERY compromising positions about to sleep with this girl. And yes, they “explain,” they were drunk, oh woe is me, she left them, what did she expect, ARE YOU SERIOUS. And they don’t even apologize, they just gang up on her, tell her “hey it’s your fault, but you know you want us, so come back to us, and we won’t sleep with any other girls.” And she actually goes for it...I liked her up until that point, I thought she was strong and had grit...but she literally just folds. They don’t apologize, they gang up on her, basically tell her what they want, and that the other girl was her fault since she left, and when she sticks up for herself, for a second, they get pissed and say “okay, we’re done,” and guess what...our strong heroine...strong no more, she folds, cries, and goes back to them. Honestly...I just can’t. It makes literally no sense. I like alpha males, and dominant characters, like Bastien and Rhiordan are supposed to be...but in truth, the more their characters were fleshed out the less likable they became...they’re entitled self absorbed jerks who use their dominance as a cover mask for what really is just bullying. I dislike how they strong arm Jay, and I really dislike how her fears and true emotions are completely disregarded and the author just expects us to accept it all because they guys deep down “really do love her,” and that they’re “family.” I’m honestly so disappointed, as the beginning of the book held so much promise. But sadly I cannot get into a RH story where the men are so truly unlikable, and the heroine ends up “bending” to all their wants and desires under the guise that it’s what she “really NEEDS” in that secret soul of hers, nope, nopity nope, that’s not a RH relationship that’s equal or built on trust and mutual respect...this story is so one sided, and frankly I got sick and tired of watching our once strong MC get completely flipped over and torn apart until she was basically nothing but a mirror image of what the GUYS wanted. *sigh* again, disappointed and sad because the story held promise and the author can spin a good tale, but I would never recommend this story to true RH fans because eventually you’ll get so disgusted by the boys behavior and how the MC becomes a mere shadow of her once strong self, that you’ll want to throw your kindle across the room.
Read more
2 people found this helpful
Helpful
Report abuse

Chelsea
3.0 out of 5 stars Grain of salt
Reviewed in the United States on February 18, 2019
**take my review with a grain of salt; I didn’t finish the book, so my upset may be resolved later, but I was too bothered to finish reading, which may not be fair to the author**

As soon as I read the description, I was snagged; I love books about the MC running from her problems and then having them catch up with her. I also enjoyed the first several chapters; but, when she places some distance between herself once the bomb is dropped, I wasn’t surprised how the guys responded. To make matters worse, though, they never apologized, just justified their actions, and she forgave them instantly. It really bothers me she let them treat her like that and didn’t have enough self-respect to demand better; and that they didn’t apologize. There was no resolution to the drama, and though both sides were in the wrong, it wasn’t addressed. They did things that seemed like they were sorry - the flowers and breakfast - but the whole situation was just brushed under the carpet, which isn’t healthy or a good foundation for a thriving relationship.

Like I said, take my review with a grain of salt; this may be addressed later in the book, but the treatment of one another turned me off from finishing.
Read more
One person found this helpful
Helpful
Report abuse
See all reviews