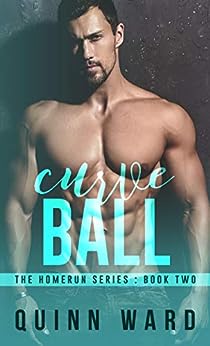 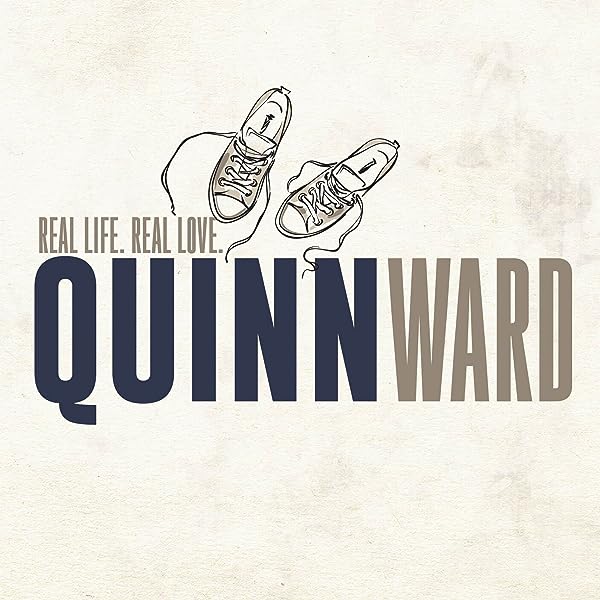 by Quinn Ward (Author) Format: Kindle Edition
Book 2 of 6: Homeruns
See all formats and editions
Sorry, there was a problem loading this page. Try again.

The last man he loved without anyone knowing he existed. Now, there’s a younger man tempting him to give life a second chance.

Jason Klein’s living with the fallout from a decision he swore was right at the time. He couldn't tell anyone he was in love, which left him to mourn alone when he found out the man he gave his heart to had been killed in combat.

Now, he’s had time to heal, but he’s not sure he’s ready to let himself move on.

Until he meets Cam Morgan…

Without a job lined up following graduation, Cam Morgan took his best friend up on his offer to move to Milwaukee and stay with him until he could get on his feet. The last thing he wanted to do the day after getting to town was go to a party filled with a bunch of jocks. Sure, they were “professional athletes” but Cam was convinced that bigger bank accounts didn’t make them any more accepting of people like him.

He certainly didn’t expect to meet Jason, the Mavericks’ catcher who broke every stereotype he’d had.

What started out as one hot, sweaty night together quickly grows into something deeper. Jason welcomes Cam into his home and his life, but now he has to teach the younger man that it’s not a sign of weakness to let people help you.

Curve Ball is the second book in the Homeruns series, formerly published under the pen name Sloan Johnson. It can be read as a standalone.

Quinn Ward is a non-binary author of LGBT romance. Throughout everything, the one constant in their life has been writing. It’s the piece of them they've never questioned. It’s their safe harbor, sometimes their escape when the real world gets to be too much.

CC
4.0 out of 5 stars Another solid story
Reviewed in the United States on September 17, 2021
Verified Purchase
A good way to follow up the first book.
Both of these guys were hurting for different reasons and they helped each other heal not realizing it at first. This was a steamy, passionate story.
4/5 for this one it was really enjoyable just something was lacking for me. Would recommend and to keep reading the series
Read more
Helpful
Report abuse

jen k.sho
5.0 out of 5 stars Sweet story
Reviewed in the United States on August 2, 2021
Verified Purchase
It was a nice story but again it's all of her books, it's a little bit Light on the attachment between the characters, it happened really fast, it seems as if they just meet each other, sleep together and become a couple. nothing too deep regarding their emotions, it's all on the surface.
Read more
Helpful
Report abuse

samantha dobbs
5.0 out of 5 stars Really love this series
Reviewed in the United States on October 9, 2021
Verified Purchase
This one is sweet. There is a diva level temper tantrum that we have come to expect with m/m romance. But it was well paced and it never felt hopeless. More people respecting others needs and boundaries. It’s sweet and cheesy and I love it.
Read more
Helpful
Report abuse

robin hassett
5.0 out of 5 stars Awesome book.
Reviewed in the United States on March 5, 2021
Verified Purchase
Loved this story of Jason and Cam. Both of these guys have had troubled pasts I was so happy that they found each other. They both over came hurts and miscommunications to find there happy places.
Read more
Helpful
Report abuse

4x4mom
3.0 out of 5 stars Disappointing. Major plots left unknown in both books
Reviewed in the United States on March 20, 2021
Just finished reading Curve Ball, the second book in this series. It's written VERY well and the story flows amazingly... for the most part. Jason was frustrating with very mixed signals at first and then Cam had his own hissy fit over something so stupid and it derailed the entire way the book was flowing. ..

I rated this 3 stars because this book is part of a series that does include past book characters with potential new ones BUT I hoped somewhere in this book we would find out more about Masons injuries and possible blindness from the last book, but it was never mentioned. Then... this entire book had Cam wanting to participate in something life changing and then toward the end he did .. but the outcome isnt part of the book. You have to sign up for authors newsletter to find out "what Jason's reaction to the outcome is" while never getting to read and experience this experience with Cam. (I'm waiting on the newsletter as I write this.)

Now the delimma... I know that one of the characters in the next book gets hurt. I desperately want to continue this series but it is absolutely not worth it because so far this author builds up an event... chapter after chapter and then... nothing. No explanation about what the outcome was.

So for now, I'm done with this series and Author.
Read more
5 people found this helpful
Helpful
Report abuse

Rainbow Reads and Reviews
5.0 out of 5 stars Jam for life!
Reviewed in the United States on February 24, 2021
Ok, so I'm the one who nicknamed this duo, but this book was so good.

My heart broke for Jason. Even a day after reading this book, Jason has stuck with me. Living with ghosts is hard for anyone, but add being in the closet, it has to excruciating.

Cam is a breath of fresh air for Jason. Cam is witty, fiery and wounded by his past. Sometimes his insecurities get the best of him.

This book starts off smoking hot. There's great chemistry between the two and I loved the hints of a power dynamic.
Mason is absolutely hilarious and I hope we get a book about Eric because I really want him to get his happy ending.

*I received an Arc of this book, but all my opinions are my own. Quinn is a one click, must read for me.*
Read more
Helpful
Report abuse

Luv2read
3.0 out of 5 stars What happened to the ending?!!!
Reviewed in the United States on April 2, 2021
This book started out great and then just fell apart. I hated the ending! It left a big question unanswered and Cam acted like a total jerk to Jason. He apologized and realized he screwed up but it didn’t feel like enough. Overall, it left me disliking the book and not wanting to read the next one.
Read more
Helpful
Report abuse

Mary Gates
5.0 out of 5 stars Loved it!!
Reviewed in the United States on April 3, 2021
This one is about Jason & Cam. Jason is besties with Sean & Mason you read about him in the 1st book - Wild Pitch. Cam is Drew’s bbf and moves to the area to hang out with him. Meets Jason at a party and the attraction is from the beginning. I really love these characters. Love this series!
Read more
Helpful
Report abuse
See all reviews

Kindle Customer
5.0 out of 5 stars Brilliant
Reviewed in the United Kingdom on October 8, 2021
Verified Purchase
This author is new to me and I enjoyed  that this series is about couples getting their groove back and putting love and life first.
This was a fantastic story that had other couples making regular appearances throughout.
It was an easy 5 star from me.
Read more
Report abuse
See all reviews