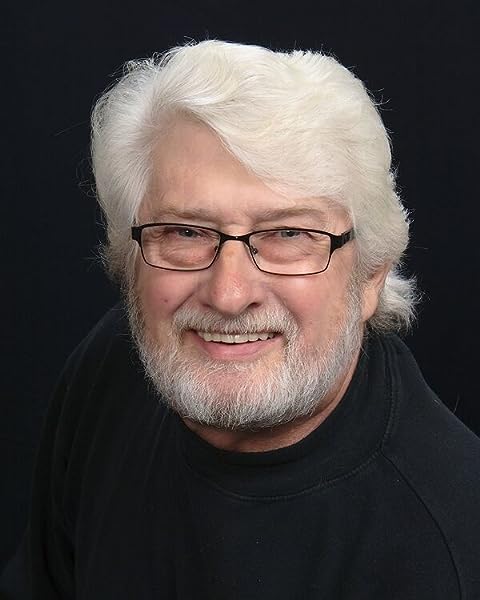 by John Evans (Author)
3.4 out of 5 stars 17 ratings
See all formats and editions
Sorry, there was a problem loading this page. Try again.

"...A runaway train ride through a plot rich with suspense and insight ...probes the values and mores of a society in a manner that is both entertaining and disturbing ... a wonderful book from a master storyteller." -Edwin Romond, Poet, author of Home Fire, Macaroons, and Blue Mountain Time"Fast-paced, suspenseful, and filled with the kind of action today's teenagers crave. The Cut races like a locomotive from beginning to unexpected ending, hardly allowing the reader to catch his breath. This book is a real page-turner!" "Highly recommend it to fans of suspense fiction and anyone who just likes a good yarn." -Mike Boushell, novelist. Freshman Flash, Gridiron Hero, and Freshman Five."....Excellent, fast paced novel of male bonding by a writer who knows how to keep his reader on edge and hungry for more." -William Marley Award winning playwright: "Black Jesus," "The Perfect Place," "Glorie Be!"
Read more
Previous page
Next page

is a graduate of Bloomsburg University who has been a public school teacher in New Jersey for over twenty years and a careful student of the interactions of teenagers as they struggle to find love and individual expression amid conformity. His first book, A Tom Sawyer Companion, was published in 1993. A short story, "Getting the Bugs Out of Tom Sawyer," was published by Glencoe McGraw-Hill in their 2000 Literature Library edition of Tom Sawyer.

John Evans is a writer with a special interest in Mark Twain. In 1993, University Press of America published his first book, A Tom Sawyer Companion which explores Twain's boyhood. A short story, Getting the Bugs out of Tom Sawyer, was included in Glencoe McGraw Hill's 2000 Literary Library edition of Tom Sawyer. He has also reviewed books for the Mark Twain Forum and has written articles and personal essays. His fictional works include The Cut (2003) and A Dead Issue (2013). John is a past president of the Greater Lehigh Valley Writers group, an active member of International Thriller Writers, and he is the administrator of the Pennsylvania Authors Network. John lives in Bangor, Pennsylvania with his wife, daughter, and the obligatory cat and dog.

Julie
VINE VOICE
4.0 out of 5 stars Great... Except for the Ending
Reviewed in the United States 🇺🇸 on February 16, 2012
Verified Purchase
I started reading this and I couldn't put it down. I can kind of understand why none of the reviews tell you much as it's hard to give a good plot line without giving a lot of the story away. This is a thrill ride.

Brian is the new boy in school and he's happy to find out he'll have no trouble getting onto the football team. However, when he's told he has to "make the cut" and in order to make the cut he has to "run the cut", he's not sure what to think. Especially, when he finds out that "running the cut" means basically playing chicken with a train in a very narrow mountain pass with no where to go if you chicken out. Fitting in means more than just making the cut, however, and he soon finds himself caught up in a very dangerous game of cat and mouse.

This is a page turner, I finished it in a day because I couldn't put it down. However, the ending fell a bit flat for me, which is why it only got 4 stars instead of 5. That ending still bugs me and has me re-writing it in my head to make it more interesting, rather than the flat-liner that it became. It's like the author had a great idea but had no idea where to go with it.

CSR
5.0 out of 5 stars Awesome
Reviewed in the United States 🇺🇸 on April 1, 2013
Verified Purchase
By far the best book I've read on Kindle. Wanted to make sure I wrote a review of it. Very well written. Economy of words with the depth of characters created through actions and dialogue rather than endless description - although the descriptions that exist are insightful and create a clear picture. The story is fast paced and filled with action and consequences - which leads to more action. Not sure why there aren't more favorable reviews. Can't disclose much about the plot without giving away too much. But I would compare the writing to Harlan Coben (who I also like very much). I had trouble putting the book down from the moment I started it. If there is any weakness, it's the ending; but even that seemed appropriate to me. Great read - enjoy!
Read more
Helpful
Report abuse

C. Jones
3.0 out of 5 stars Kept my interest
Reviewed in the United States 🇺🇸 on March 28, 2012
Verified Purchase
The book could have been a typical teen angst drama and in some ways it was predictable, however the storyline kept my interest. There needed to be closure but it ended like a 50's sci fi and I half expected to see "The End....?" Could have been 4 stars with a better ending.
Read more
2 people found this helpful
Helpful
Report abuse

Kindle Customer
2.0 out of 5 stars The Cut
Reviewed in the United States 🇺🇸 on September 21, 2012
Verified Purchase
Not sure exactly why but I couldn't get into this book. It seems to be well written but it became boring to me after several chapters and I could not finish it. Maybe it would have been better toward the end and I may try again to finish it as it wasn't a bad book. As I said, I just lost interest.
Read more
One person found this helpful
Helpful
Report abuse

Amazon Customer
2.0 out of 5 stars tackle this one
Reviewed in the United States 🇺🇸 on February 17, 2012
Verified Purchase
I had trouble from the first chapter. This is a guys kind of book. In the 1st two chapters we have gotten into football with some aggression on the field, to a blow by blow of a fight in the locker room. Not my cup of tea in reading. The writing was not an issue with me, just the subject matter.
Read more
2 people found this helpful
Helpful
Report abuse

JEAN1949
5.0 out of 5 stars Great Read
Reviewed in the United States 🇺🇸 on July 19, 2015
Verified Purchase
A story of a 17 yr. old boy, Brian, and his father who move to a new town. Brian tries hard to fit in and he meets a very unusual girl named Marybeth who gives him much to think about. The "Three Stooges" as Marybeth calls them, become involved in a mystery they try to solve themselves because no one believes them. Great Read.
Read more
Helpful
Report abuse

Kindle Customer
4.0 out of 5 stars Good book for young adults
Reviewed in the United States 🇺🇸 on January 1, 2013
Verified Purchase
Very good book that tells how somethings can be when you are growing up while using a good exciting background and characters you can relate to.
Read more
Helpful
Report abuse

turkey
4.0 out of 5 stars excellent
Reviewed in the United States 🇺🇸 on May 18, 2014
Verified Purchase
Has a lot of suspense in this book. Never sure how it is going to turn out until the last page.
Read more
Helpful
Report abuse
See all reviews

Sarah Hague
4.0 out of 5 stars Chaos theory in a novel!
Reviewed in the United Kingdom 🇬🇧 on June 17, 2012
Verified Purchase
From the unfortunate landing of a casually thrown egg evolves a story of revenge, misunderstanding and unexpected consequences.

Brian, a trouble-free student in his previous school arrives in a new town with his father. He starts a new school and has aspirations to play on the football team. To join the team he is told he has to make the cut, and run the cut, to ignore the train and other cryptic instructions. He is also expected to join the school 'jocks' and behave according to type.

However, Brian is drawn to a strange girl who wears a top hat and despises jocks. Brian not only has to work out how to join the football club but also how to win the girl, and deal with the increasingly surreal events that start to crowd his life and get him into serious trouble.

I must admit I almost gave up on this book. I thought it was going to focus on high school jinks and adolescent angst from the male perspective, but then it took a turn for the intriguing and I was hooked. The writing is excellent - full of suspense, confusion, frustration and splashes of humour.

The ending is vague, maybe to allow for a sequel but it leaves you hanging with the same sort of frustration the characters have been experiencing.