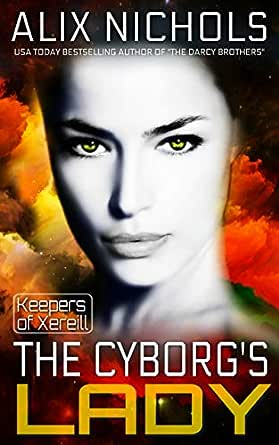 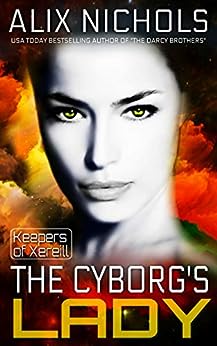 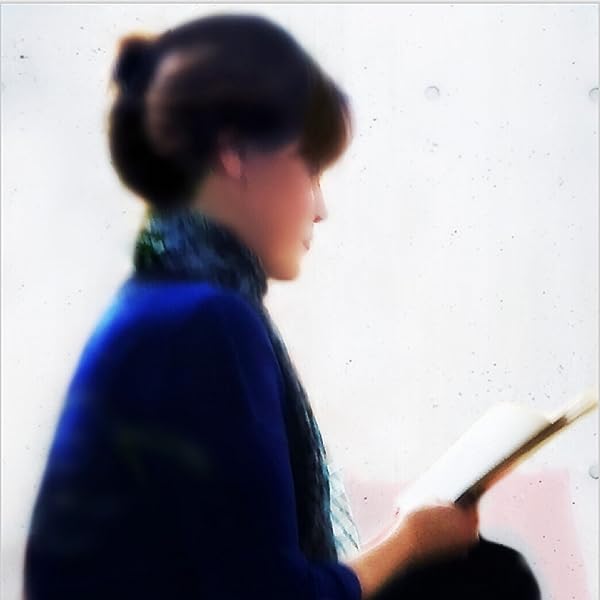 La Bohème:Standalones:
The Darcy Brothers:Playing to Win:
A romantic comedy (You're the One) and a sci fi romance (A Night of Amity) are FREE to newsletter subscribers. Visit: alixnichols.com/freebies (just copy and paste into your browser).

3.7 out of 5 stars
3.7 out of 5
55 global ratings
How are ratings calculated?
To calculate the overall star rating and percentage breakdown by star, we don’t use a simple average. Instead, our system considers things like how recent a review is and if the reviewer bought the item on Amazon. It also analyzes reviews to verify trustworthiness.
Top reviews

Textile Queen
2.0 out of 5 stars Clif Hanger, not a complete book.
Reviewed in the United States on December 20, 2018
Verified Purchase
Didn't realize author published this series in incomplete installments. You have to buy the next book to see what happens at the climax of the book.
Read more
13 people found this helpful
Helpful
Report abuse

Trudi
5.0 out of 5 stars A quick introduction to an interesting pair
Reviewed in the United States on June 27, 2019
Verified Purchase
Nice quick read, more to come and thankfully it's in the kindle unlimited series! This free book is just enough to wet your appetite.
Read more
5 people found this helpful
Helpful
Report abuse

Ilikebooksbest
3.0 out of 5 stars Definitely more Sci-fi than romance
Reviewed in the United States on June 30, 2019
Verified Purchase
I liked this book but didn’t love it. The characters, Keiron and Linni had different agendas despite the fact that they both wanted each other. Keiron is on a forced vacation because he has been working too much and hasn’t taken one in years, and he wants to find a woman he can settle down with. He thought he would never fin anyone compatible but Linni is.

Linni wants Keiron but she is on an assignment and also she has an upcoming interview and if she gets the job she will be his boss, so sleeping with him is a conflict of interest. However he helps her out and the attraction flares and suddenly it doesn’t matter anymore.

The Sci-fi parts were pretty good and that storyline will probably be continued in future books. However I didn’t like the end, but it seems that maybe their story isn’t finished.
Read more
Helpful
Report abuse

Linda Reads
VINE VOICE
5.0 out of 5 stars Intriguing, dangerous, sexy and sweet with lots of tension…
Reviewed in the United States on July 14, 2018
Verified Purchase
This is the prequel to the series, Keepers of Xereill of which I have read THE TRAITOR’S BRIDE and THE COMMANDER’S CAPTIVE. So far, this series is phenomenal, just like this prequel. I need more…will they ever get together?
Olinnie and Col. Keiron Yagger, the cyborg, meet on vacation, but there are many secrets which neither can share. They are attracted to one another beyond what either have ever felt before, which makes their situation even more difficult. I’m sure I don’t speak alone when I say that Ms. Nichols’ readers need to know what their future holds. And what in the heck does a cyborg’s “tickle” have to do with…well, just read it, you’ll see, wink.
I was asked to review an ARC but I already owned this book and it comes highly recommended. You can read more about Linni and Keiron in THE TRAITOR’S BRIDE.
Read more
2 people found this helpful
Helpful
Report abuse

Amazon Customer Kyra's Mom:MeMe
5.0 out of 5 stars The Cyborg's Lady
Reviewed in the United States on July 5, 2019
Verified Purchase
I thought that this novella did a masterful job of setting the stage for the series. I will take my time and work through the many characters that make this a rich and enthralling series.
Read more
One person found this helpful
Helpful
Report abuse

CMM
5.0 out of 5 stars Not an Ending
Reviewed in the United States on June 12, 2019
Verified Purchase
You should start here. BUT, each book is not a stand alone. Each end with more to come and not always happily ever after. The storyline is fascinating and well written. You do need to read all six books to get to the whole story.
Read more
2 people found this helpful
Helpful
Report abuse

Kindle Customer
5.0 out of 5 stars Engrossing Story!
Reviewed in the United States on August 26, 2018
Verified Purchase
Although short this prequel held my attention and kept me reading late into the night. It definitely left me wanting more! Alix Nichols has created a complex world and interesting cast of characters to inhabit it. I am really looking forward to reading the next book in this series.
Read more
One person found this helpful
Helpful
Report abuse

Linda D Bell
5.0 out of 5 stars Good short story
Reviewed in the United States on August 25, 2018
Verified Purchase
Love this short story. I was shocked that the cyborg had wings. Loved the way the leading lady could shift to be anything. Can't wait to read more stories by this author
Read more
One person found this helpful
Helpful
Report abuse
See all reviews

Elisa Fontaine
5.0 out of 5 stars A must-read by Alix Nichols !
Reviewed in France on September 30, 2018
Verified Purchase
This book is absolutely amazing ! I'm not saying I just had a hard time putting it down, no it's much more than that !
This book managed the extraordinary feat of making me change my mind about science fiction !
I've always hated science fiction, I only read contemporary or historical romances and I had this (obviously wrong) idea that science fiction was all about robots, aliens, big metal spaceships and laser saber fights...
The only science fiction thing I liked was the Star Wars movies because, well, that's a classic !
But a book about science fiction, no I was sure I wouldn't like it.

However I had a problem when Alix Nichols published her Keepers of Xereill Series, because I love her novels. I'd already read all her books in the La Bohême series, in the Darcy Brothers series and in the Game time series !
I just had to read that new series of hers.

So I opened The Cyborg's Lady, hoping that I would not hate it.
...And I absolutely loved it !
I must admit that at the beginning it was difficult to enter a whole new world, with new rules and new words. But Alix Nichols managed to put it all together beautifully so that everything becomes clear after the first chapter.

Now for the story in itself ! Keiron and Linni's love story was so different from anything I've read before ! The story of an army colonel devoted to his job, a new superintendent trying to prove her worth and their impossible love story !
It's a must-read and I would even say a must-follow with the even better first novel in the Keepers of Xereill Series : The Traitor's Bride !

P-S : I voluntarily read an advanced reader copy of this book.
Read more
One person found this helpful
Report abuse

Vicky
4.0 out of 5 stars The Cyborg's Lady
Reviewed in Canada on August 24, 2018
Verified Purchase
A quick read where we are introducted to Keiron and Linni, how they meet, what they mean to each other and the potential for a future if only their circumstances where not so complicated. A good start to this series.
Read more
Report abuse
See all reviews