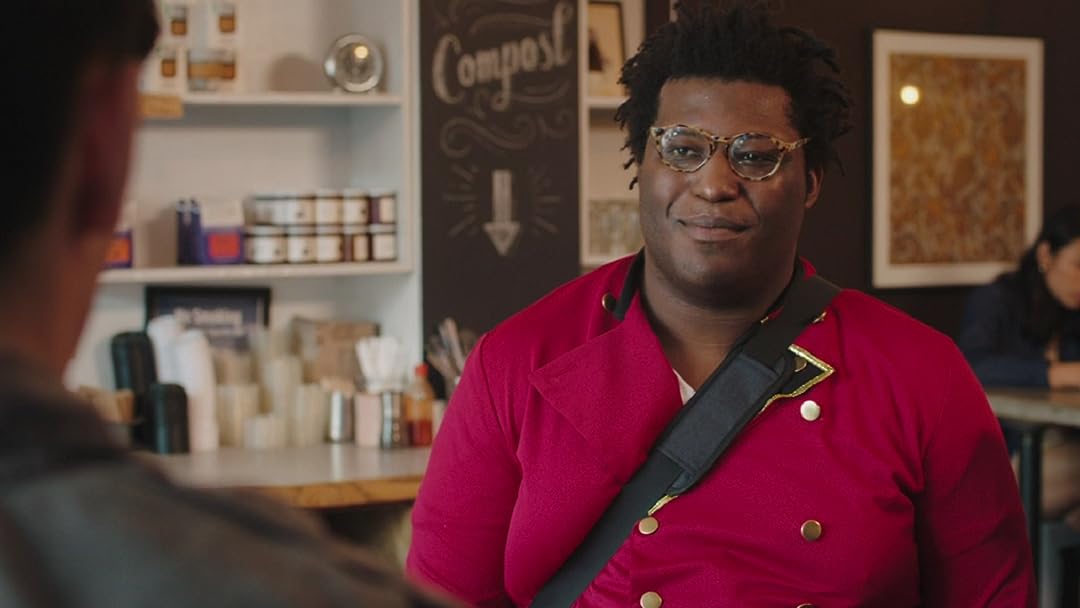 (32)2020TV-MA
When life hits hard, we got a guy. The critically acclaimed HBO comedy series returns for a new season featuring more stories of modern city life, all connected by endearing, bike-riding pot dealer, The Guy.

LoboReviewed in the United States on March 21, 2020
5.0 out of 5 stars
Season 4, A New High
Superlative writing this season. The acting, as always, is stellar. I feel as though I get a taste of the city when I watch it. I love how the storylines seem to meander, but then have a sweet/sad resonance when the episode ends. I just finished an an episode that focused on the travels of a cigarette lighter, and the way it concluded was nothing less than perfection. Hats off to all involved in this show.
5 people found this helpful
Report abuse

cloezoeReviewed in the United States on February 10, 2020
5.0 out of 5 stars
the guy is back with a dog
love, love, love this show...been waiting too long
4 people found this helpful
Report abuse

JuniperReviewed in the United States on March 28, 2020
3.0 out of 5 stars
The Guy =/= The Dude
I have *loved* this show for years, from its inception as a brilliant, lowly web series to an HBO sleeper. This season is a total yawner. I guess all good things must come to an end.

A bit more effort could have gone into making the Guy’s Halloween costume as the Dude more inspired and instantly recognizable to the viewer, for example, rather than lazily having another character blurt it out in admiration. Show, not tell.

For a series erstwhile known for its jewel-like details, it’s been steadily losing steam throughout this last season, and it’s now barely watchable. What a shame.

Three stars for AJ-Chucky's ketamine-induced trippy visuals, a nice tribute to the dream sequence in The Big Lebowski.

judeReviewed in the United States on June 15, 2020
5.0 out of 5 stars
A Real Bargain for What He Provides!
I discovered this show at Season 4 and after a few episodes I couldn't get enough of it. I watched all four seasons and watched the prequel web series that started it all. It's a unique tapestry of situations, neighborhoods and characters woven together by "The Guy", a local pot dealer based in Brooklyn. Providing unbelievably fast and efficient service by way of bicycle, we get a glimpse inside his life and the lives of his patrons who come with a plethora of issues, personalities, quirks, and baggage. It's heartening to see the dealer viewed as an important service provider, while serving up some empathy, encouragement, and not just a little pop psychology along his travels. A real bargain for what he's charging. Wish he could cross the bridge to Hackensack but alas it's fictional!
Report abuse

RobertReviewed in the United States on March 2, 2020
5.0 out of 5 stars
Do yourself a favor and watch
Truly the most human and humane show ever. It reveals the small joys and tragedies of New Yorkers (and consequently everyone else). You get a ringside seat for the daily drama that plays out in our cramped apartments and on the strange, busy streets of our City.
2 people found this helpful
Report abuse

JessicaReviewed in the United States on March 22, 2020
5.0 out of 5 stars
Do yourself a favor and watch this whole show
Absolutely love this show. The writing, characters and all thoughts provoked in this show are unlike any other watch. Can’t get enough of High Maintenance. I love that some characters you think you’ll never see again re appear. Keep up the excellent work Ben&Katja!
2 people found this helpful
Report abuse

camilleReviewed in the United States on April 11, 2020
5.0 out of 5 stars
A return to form!
This season is really strong, and reminds me more of the original webisodes and seasons one and two. Season 3 wasn't bad (better than 99.99% but the bar is so low!). This season is amazing. At it's peak, this show has a casual innocence, where you are treated to a voyueristic serendipity. Love this series, so glad to have this for these crazy times. Warms the heart and stretches your perspective. <3
Report abuse
See all reviews
Back to top
Get to Know Us
Make Money with Us
Amazon Payment Products
Let Us Help You
EnglishChoose a language for shopping. United StatesChoose a country/region for shopping.
© 1996-2021, Amazon.com, Inc. or its affiliates