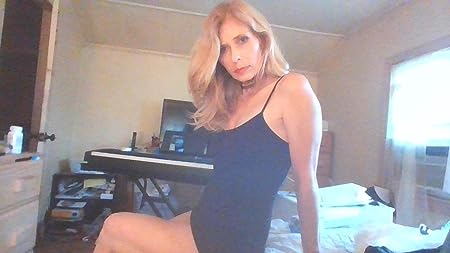 https://www.kasamba.com/psychic/mia-expert-psychic Cynthia is known to many people throughout the world as MIA. MIA is known to many as a YouTube Partner for her paranormal investigations, psychic predictions and spiritual videos and as a spiritual radio talk show host on BlogTalkRadio. MIA is also a top rated psychic and spiritual advisor providing detailed psychic readings for people throughout the world on Kasamba.

MIA (Cynthia) was different than most children. She sought answers for life after death at such a remarkably young age of four years old pondering reincarnation and Christianity. Feelings of not belonging became quite strong at the age of twelve. In retrospect, it would begin to unravel twenty years later. MIA(Cynthia) began reading everything from the new age genre. She had psychic and past life regression readings which opened a door that she had closed many years ago. Tantalized by something she could not see began as a small child. This had been repressed for two decades. However, this would not impede the progress of her career goals. MIA, was preoccupied as a Pharmacy Technician and with the medical sciences from 1991-1995 graduating with a bachelor of science in nursing from Thomas Jefferson University in Philadelphia, PA. She shortly became became licensed as a RN in July 2005.

However, the paranormal would make its self known again to MIA. It began with three knocks. Something dark began following MIA. Strange and unexplained paranormal encounters occurred even at her place of employment. After being struck by a semi in 2004, MIA decided to research the paranormal and investigated areas across the USA known to be haunted. MIA began driving down single lane dirt roads alone at night with one hand on the steering wheel and the other one holding the camcorder. Cynthia was now known as MIA as her paranormal videos on YouTube would be viewed by millions. One being the producer of the History Channel. In 2015, "Ghost Mountain" video was aired on the History Channel for an episode on the series, "True Monsters." MIA, Cynthia Sakmary, was now recognized on the IMDb and earning her credit for filmography. 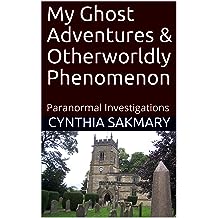 My Ghost Adventures & Otherworldly Phenomenon: Paranormal Investigations Mar 1, 2017
by By MIA - Expert Psychic Sakmary, Cynthia Sakmary
( 7 )
$3.99
My ghost adventures began, unexpectedly, as a child when I was the one targeted. Twenty five years later, I was targeted again by something dark when a portal was opened. It began with three knocks. It was a lengthy and horrifying experience. My parents began hearing footsteps and the doorbell ringing. I awakened in a paralyzed state unable to move or utter a word. The worst was to come when I was awakened when this otherworldly creature jumped on me. It was very slender, tall and dark. It's fingers were long and cold as ice. Unexplained activity occurred in my career as a professional nurse.
In 2008, paranormal activity presented it's self again. With a camcorder in one hand and a steering wheel in the other I narrated as I drove down single lane roads which were known to be haunted. I shared my videos with the world which became very interactive. My followers became my eyes and ears finding EVPs or electronic voice phenomena, apparitions, shadow ghosts, demons and orbs. Ghost Mountain in PA sparked my interest when an apparition appeared in my passenger window. Ghost Mountain also intrigued the producer of the History channel and my video aired on an episode of, "True Monsters" in 2015. I was on a quest to find answers to the paranormal. Now, I would be the one hunting ghosts and investigating paranormal activity.
This book consists of eight years of the best paranormal activity I captured within the USA. I include pictures which were taken from my investigations. Funks Mill road in PA is one I could only investigate during the day as I also have my limitations. The remnants of this stone house which burned down killing an entire family also has it's negative imprint or residual energy engraved there forever. Subsequently, I investigated hotels and 17th century bed & breakfast inns. The Stanley Hotel in, CO and the Magnolia Hotel in, TX are two infamous ones I visited. Devil's Tower in Alpine, NJ is notoriously known as well and I investigated this portal from hell and include testimonies from those who shared their hellish experiences. You will also enter Constitution Drive in Allentown, PA which is diabolical as well. I investigated Civil War & Revolutionary War cemeteries providing the most compelling paranormal evidence.
Katie's Abandoned Church, Whitehall, PA is known to many and I feel this was the best and worst evidence as I captured a demon in the back upper window. The inside of this abandoned church has only one floor which is even more unnerving. Someone heard an EVP, "I am going to kill her!" This vile and brazen creature stalked one of my viewers almost causing her to have a car accident. Her comments and text messages are included as she desperately asked for my help.
The paranormal activity I captured was not all evil and wicked. December 9, 2015 as I was taking pictures of my Christmas lights, I looked down as I saw something fluttering it's wings and looking up at me was a male fairy. I quickly snapped a picture and as he quickly ran off in my flower garden I ran in my house. I was just as startled as he was because I did not believe fairies existed. I looked at my pictures and I captured every detail of this male fairy. I went back outside and to my amazement there were others. One was a beautiful female fairy. These pictures are very detailed which I included for the world to see. I believe a portal opened that night in my front yard. I never saw them again.
There are dimensions which exist beyond and sometimes we get a glimpse into them. This book is also inspiring for those who have lost their loved ones. The chapter on Roselawn Cemetery in Pueblo, CO is one of inspiration and love as someone in spirit sparked my attention to deliver a message to her husband.
Read more
Other Formats: Paperback