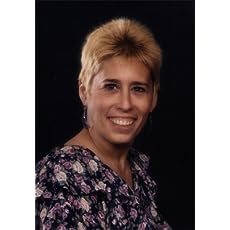 Born in the suburbs of New York, I moved to the city itself as soon as I was old enough to go out on my own, eventually transplanting myself to South Florida. A part of me had always felt I belonged where the warm tropical breezes shake the palm fronds into beckoning motions. They beckoned, and in 1984 I answered, leaving my beloved NY behind. I've since put down roots a mile long.

I have been writing for as long as I can remember - from back when I first learned to spell t-h-e c-a-t. By age 9, I had written a play (admittedly short and childish, but a play nonetheless), which was put on at summer camp, and there were stories and poems too, some of which were printed in such places as the newsletter of the arts program I took part in, and the local weekly paper in the community where I grew up.

My earliest serious aspiration was to be an actress, and I'm still a ham who loves the limelight, but I traded in my theatrical dreams for the writing life decades ago and have no regrets whatsoever.

I am definitely a glass-half-full person, and there is no one in the world I'd want to trade lives with. My life hasn't always been easy - I'm a cancer survivor and have had additional health issues too, as well as other adversities - but it's been a marvelous ride so far, and I hope it just keeps going and going and going. I jump out of bed each morning (always by 5 AM and often earlier), eager to start a new day.

My past includes stints as a theatre reviewer and specialty-newspaper publisher, a lot of freelance editing, and a bit of agenting. I still edit, and I do other writing besides books, on assignment for clients who ask for anything from business plans to advertisements to scripts for promotional films. I have also ghostwritten books and other materials for clients.

My first book wasn't published till 1993, but I've made up for the late start and have had over 50 conventional books and another over-50 ebooks published in the time since then, and I'm still going strong. I have NO plan to EVER retire. I absolutely LOVE what I do. Why would I ever want to stop?

My wish for each of you who reads this is that you find your life as fun and as fulfilling as I do.
Read more 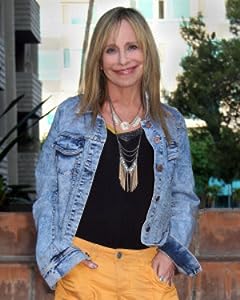 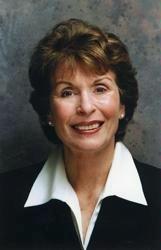 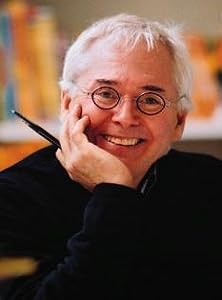 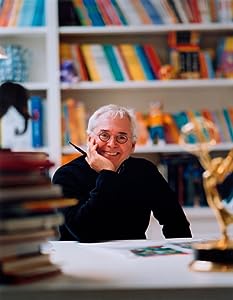 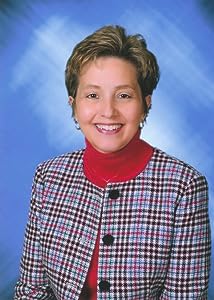 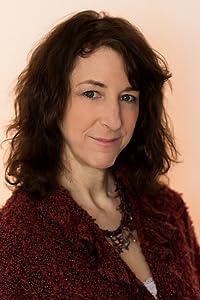 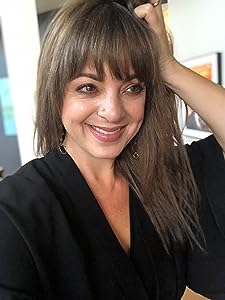 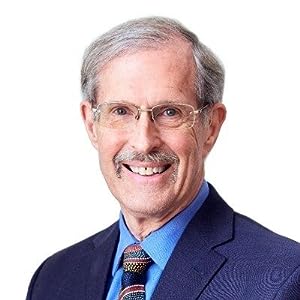 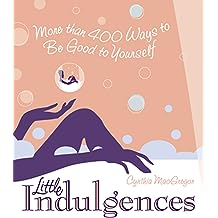 A Bouquet of Ways to Treat Yourself Every Single Day

Whether its remembering to exercise regularly, throwing yourself a party or writing a poem, Little Indulgences is your perfect self-care guide.

Learn to treat yourself often. Being indulgent is not all about being extravagant. Being indulgent can be something as small as buying yourself flowers or cooking a recipe you have been meaning to try. Anything can be considered self-care, and with this book, filled with holistic and emotional care, you can find plenty of luxurious indulgences to help you include self-care in your day.

Find new ways to be good to yourself. Life can be stressful and take a toll on any woman. You can learn new ways to unwind and re-energize with Cynthia MacGregor’s sound advice. Between instant indulgences that reap immediate rewards, or “Rewards Over Time,” that take longer to complete, this book gives you every option you could ever dream of. With Little Indulgences, learn more about: 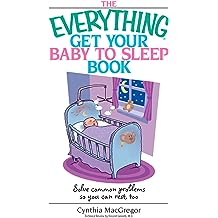 The Everything Get Your Baby To Sleep Book: Solve Common Problems So You Can Rest, Too (Everything®) Aug 1, 2005
by Cynthia MacGregor
$9.95
A Simon & Schuster eBook. Simon & Schuster has a great book for every reader.
Read more
Other Formats: Paperback 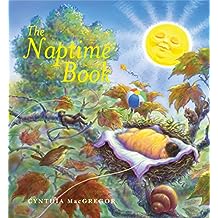 Cynthia MacGregor has won the hearts of thousands of parents with her parenting classics. In The Naptime Book, she shares sweet, simple, and effective suggestions to help children get their all-important sleep during the day. Current medical thinking indicates that small children should get at least nine hours of sleep at night and a nap during the day. Alarming statistics show that sleep deprivation can lead to countless health, cognition, and social problems. Cynthia MacGregor can help transform naptime into a treat both children and their caregivers look forward to every afternoon, leading to happier, healthier children and more joyful families.

The Naptime Book is full of creative, playful ways to help children relax. Plus the hundreds of story-time activities, quiet games, riddles, and rhymes in this little book will help develop language and number skills. And what book on naps would be complete without a chapter called "Time Out for Mom, Too!" Adults who care for small children all day need to take time for themselves. MacGregor suggests ways to use this time to your own best advantage.

A sweet little book, with illustrations throughout, The Naptime Book is perfect for busy parents, tired teachers, and perplexed day-care professionals.

The Naptime Book offers creative solutions to the challenge of naptime as well as a unique opportunity to foster closer relationships with young children. It's a book bound to become dog-eared with repeated use. 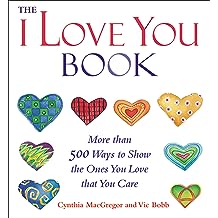 Through ingenious activities, gifts, and projects, this book provides concrete ways to say "I love you" to family, friends, or a special someone — with actions rather than words. These inexpensive and thoughtful ideas are appropriate for special occasions or spur-of-the-moment expressions of love. Some of the ideas include renting a bicycle built for two, sending a weekly postcard to parents recalling specific childhood memories, and transcribing a child's oral stories to create her first book. Black-and-white illustrations are included throughout. 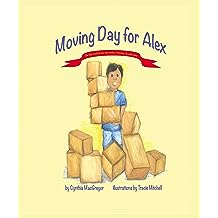 MOVING DAY FOR ALEX: Moving Day For Alex Dec 1, 2019
by Cynthia MacGregor , Tracie Mitchell
( 1 )
$2.99
A story about the situations of moving.. and how a kid finds his happiness in it.
Read more
Other Formats: Hardcover , Paperback 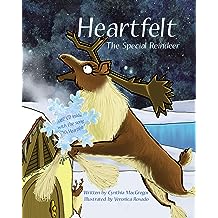 Heartfelt The Special Reindeer Nov 12, 2019
by Cynthia MacGregor , Veronica Rosado
$2.99
There is a new Reindeer in the Town. WHo is out to help Santa . She is a special needs Reindeer. Can she will become a regular one indeed of being a backup Reindeer? and solve Santa's dilemma?
Read more
Other Formats: Hardcover , Paperback 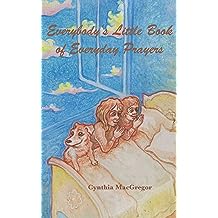 Everybody's Little Book of Everyday Prayers Oct 1, 2015
by Cynthia MacGregor
$4.99
People are often at a loss to find the right words to say in prayer. Whether you're a believer but unchurched or are a devout member of a religion, if you wish to expand your home worship, finding the right words to say to God can be a problematic issue. The prayers in Everybody's Little Book of Everyday Prayers are nonsectarian-suited for Protestants, Jews, and Catholics, as well as unaffiliated deists who believe in God but not in organized religion. They cover a raft of occasions on which individuals or families may wish to say a prayer. If prayer is an integral part of your life, or you would like it to be, you'll find the help you want in Everybody's Little Book of Everyday Prayers.
Read more
Other Formats: Paperback 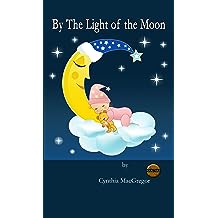 By the Light of the Moon Jan 4, 2014
by Cynthia MacGregor
$2.99
Lullabyes, prayers, and poems for settle-down time. (You know the lullabye tunes already—the lullabyes are all set to familiar childhood songs.) There are prayers for you to say and prayers your child can say. And poems are always a nice change from stories. Ease your child to a soothing night’s sleep…and rest easy yourself.
20% of net proceeds benefit one of several qualified 501(c)3 non-profits that provide help and HOPE to children in need. For more information please visit us at www.roundtablepublishinginc.com.
Read more
Other Formats: Paperback 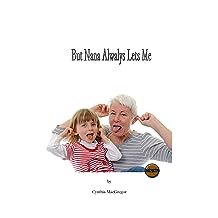 But Nana Always Lets Me Jan 3, 2014
by Cynthia MacGregor
$2.99
Whether Nana lives around the corner or across the country, here are ways for her to have special “Nana fun” with her grandkids. Here are games, recipes, real-life Nana stories (about you!), ways to keep in touch at a distance, and ways to make the kids’ visits special. You don’t have to break your back playing horsie to make your time with your grandkids meaningful and special…for them and for you.
Read more
Other Formats: Paperback 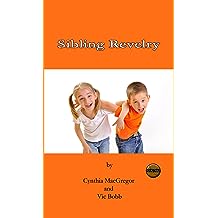 Sibling Revelry Jan 3, 2014
by Cynthia MacGregor , Vic Bobb
$2.99
“No fair! She’s older! She knows more!” “No fair! He’s taller! He always wins!” What do you have when your two kids play competitive games together? Sibling rivalry. What do you have when they play this book’s games together? Sibling revelry! Here are games in which age, height, and such don’t confer an unfair advantage…or, in the case of school games, where the “teacher” is supposed to know more.

20% of net proceeds benefit one of several qualified 501(c)3 non-profits that provide help and HOPE to children in need. For more information please visit us at www.roundtablepublishinginc.com.
Read more
Other Formats: Paperback , Mass Market Paperback 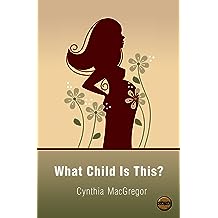 What Child Is This Nov 12, 2013
by Cynthia MacGregor
$2.99
When strange events and coincidences occur surrounding Marie Erlig’s pregnancy, everyone but Marie is convinced she is bearing no or ordinary child but rather the Second Coming. Everyone jumps on the bandwagon to satisfy their own agendas and purposes, and Marie wonders if she can ever have a normal life again.

20% of net proceeds benefit one of several qualified 501(c)3 non-profits that provide help and HOPE to children in need.

For more information please visit us at www.roundtablepublishinginc.com.
Read more
Other Formats: Paperback 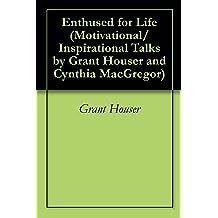