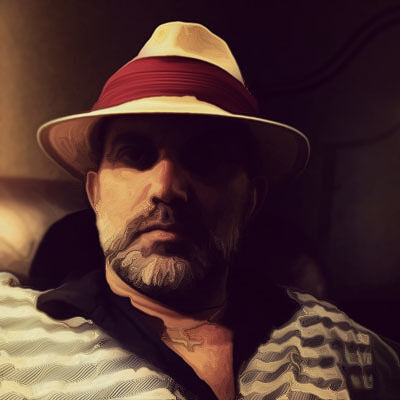 Keyvan was born in Iran, and made his first film at age of 12. After the Islamic Revolution and the rise of tyranny, he migrate to France and studied, French literature, political science, and the philosophers of the age of enlightenment. He had received a PhD in Political Science from Nice university. 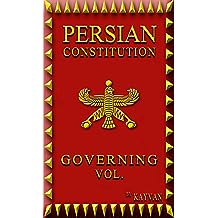 Kayvan's Codes : Persian Constitution Feb 10, 2016
by Cyrus Kayvan
$139.99
While writing a constitution for a country that technically does not exist is placing the cart before the horse, author indicate in his work that he is certain of two things; firstly, any nation must have a plan for the future before they start a revolution, and secondly, the Islamic regime in Iran has been build on a volcano that is about to erupt soon.
Read more 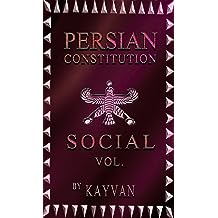 Persian Constitution: Social Dec 15, 2015
by Cyrus Kayvan
$99.99
Parenting License is one of twelve articles of the Social Constitution. It is an important duty of any government to honor the institution of parenthood and not to allow a child to be born to irresponsible, immature or unemployed couples. The Parenting License is designed and drafted to filter, select and license a couple to become parents.
Read more 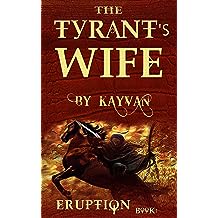 Ayatollah Wife: Eruption Jul 4, 2015
by Cyrus Kayvan
$2.99
The tyrant of Iran, Mullah Ali wakes up after a premonition. He calls his estranged wife, who suspected a possible end of their' regime and a mysterious returned of an ancient dead king of Persia, so she asked him to appoint a team of expert to identify the banner in his dream, and to consult an old and mysterious deaf psychic who has been locked in solitary confinement for the past 20 years. Unbeknown to dictator the oracle was part of a astrological plot.
Read more
Other Formats: Audible Audiobook , Paperback 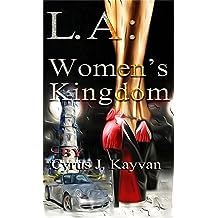 L.A : Women's Kingdom Mar 13, 2015
by Keyvan DeBash
$3.99
The anatomy of dating and conditional romance. A sad social satire and revelation based on real people and the real-life experiences.
Read more 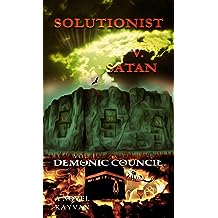 Solutionist v. Satan Dec 23, 2014
by Cyrus Kayvan
( 1 )
$2.99
In 605 BC, in the Anshan Desert of Persia, three astronomical phenomena take place that shake Ahriman (Satan) to his very core.. Urgently Satan summons the Demonic Council, an assembly the Ratollahs (half-caveman-half-rat) and the Foxploiters (half-caveman-half-fox). He shares the three events with the council and reveals his counter-plan which involves a toxic elixir that can outgun and outflank their immortal nemesis Solutionist, by keeping humans in a perpetual state of ignorance and obedience.
Read more
Other Formats: Audible Audiobook , Paperback 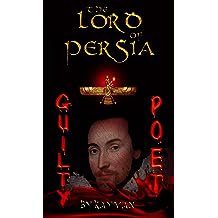 Guilty Poet Dec 16, 2014
by Cyrus Kayvan
( 2 )
$2.99
A soul that can transcend three millennia and travel beyond physical boundaries, visits England in 1593 to interrogate a sexist playwright.

Considering the venomous pen that the playwright used in one specific play and its ripple effect that could impact women's rights in the future, the soul tortures the playwright through a cross-examination.
Read more
Other Formats: Audible Audiobook , Paperback 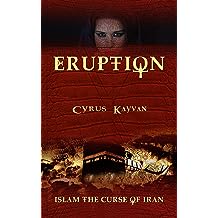 Eruption Jun 1, 2014
by Cyrus Kayvan
( 9 )
$2.99
The story – part historical, part legend, and part mythical. As Persians struggled and suffer under the scourge of Islamic Republic, one man knew that the clergymen in Iran had built their theocracy on a dormant volcano which was about to awake.

That man was a Mazdak, a renowned deaf-mute psychic, and a secret detainee in the infamous Evin prison in Tehran, where he had been in solitary confinement for twenty years. One morning the supreme leader wakes up after a premonition like dream. He calls his estranged wife, and the concluding conversation exposes a connection between his' political position in the world and the bull rider of his dream. She suggests Mazdak to interpret his dream, she also warns him that she had had a previous confrontation with the old psychic, and that he was a challenging character.
Read more