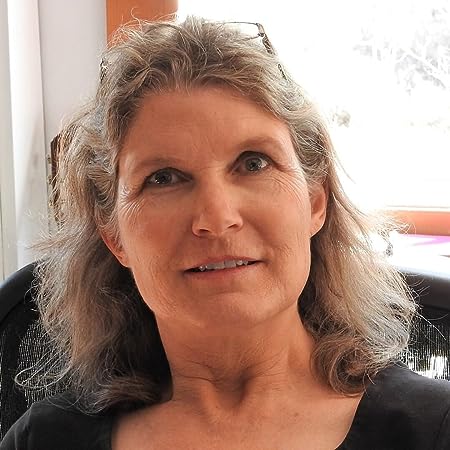 D. August Baertlein was sure she’d be a marine ecologist, and she’s never lost her love of the sea. But a multitude of interests drove her to transfer to genetics for her doctorate. Perhaps she thought to clone herself into enough copies to do it all.

When the cloning thing didn’t work out, she took up computer programming to pay the bills. Now she dreams up stories and wanders the high chaparral around her home. Every creature she meets sparks her imagination and quickens her heart; a startled rattlesnake or nosy mountain lion can send her pulse skyrocketing!

She occasionally blogs at www.daugustbaertlein.com and drifts around social media as DAugustBaertlein. 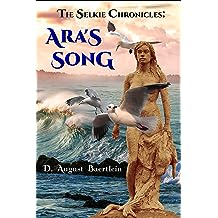 Ara's Song (The Selkie Chronicles) Mar 7, 2022
by D. August Baertlein
( 2 )
$4.99
When Selkie Princess Ara loses her sealskin struggling with a fisherman, her fate seems sealed. Trapped on land, unable to transform back into a seal, she’ll be bound by this human beast for life.

Young Seamus turns out kinder than expected, though he doesn’t return her sealskin and set her free. Not that this would solve the problems she and her Selkie pod are facing. Their North Atlantic Ocean is dying. What few fish they find are too toxic for humans or seals to eat.

From her new vantage point among the land folk, Ara can see what’s causing this desolation. But can she and her new friends do anything to help?
Read more
Other Formats: Paperback 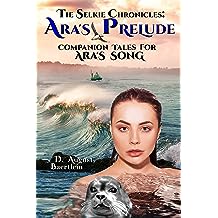 Ara's Prelude: Companion Tales for Ara's Song (The Selkie Chronicles) Jan 23, 2022
by D. August Baertlein
( 1 )
$0.99
Far north in the Atlantic Ocean, where islands are small, rocky, and infested with sheep and humans, live the Selkies—a race of seal/human shapeshifters of unearthly beauty.

The five short stories in Ara's Prelude recount the early lives of characters from the novel ARA’s SONG. You’ll meet Princess Ara as a seal pup and young Seamus defending his dreams of becoming a fisherman. Seamus’s folks struggle to protect him from those vicious Selkies, while Ara’s father warns of dangerous humans like that boy she finds so fascinating. And then there’s Oluva, the psychic shopkeeper who knows more about Selkies than she lets on.

Chronologically, these are the first events in THE SELKIE CHRONICLES, but each book stands alone.

Selkies are beguiling and real. Come see for yourself.
Read more
Other Formats: Audible Audiobook , Paperback 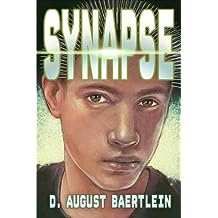 Synapse Dec 12, 2011
by D. August Baertlein, Siri Weber Feeney
( 9 )
$2.99
When Jake's identical twin is left severely brain-damaged by a near-drowning accident, Jake is convinced it's his fault. After nine demoralizing years of visiting the unresponsive Gabriel in his care center, Jake is called to a meeting with Dr. Deborah Jane Ryder, neurosurgeon. "Your brother is still in there," she says. "And I could set him free." But in return, Jake must allow the misanthropic doctor to experiment with his brain. She wants to compare Jake's grey matter with his twin's. Amnesia, a street-smart death row inmate, is one of few surviving subjects from Ryder's previous experiments. She's made more significant gains than even Ryder expected from the thousands of brain implants inserted into the woman's skull. Amnesia's newly acquired telepathic abilities help her escape the doctor's clutches, at least temporarily. Dr. Ryder's motivation for such unethical research is the formula locked inside the head of Dr. Terra O'Hare, a near-drowning victim, much like Gabriel. If Ryder can decode Terra's brainwaves and retrieve what the young scientist failed to write in her lab notebook before her 'accident,' Ryder and her patron will share fame and fortune. But not if Jake, Amnesia, and Terra can help it. Told in three distinctive points of view, their stories braid together for an unlikely team working against tall odds.
Read more
Other Formats: Paperback