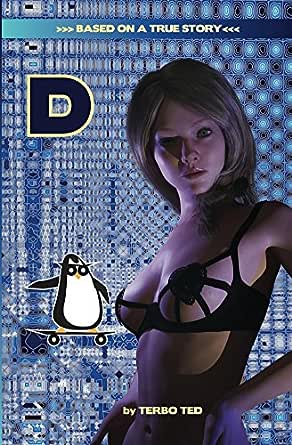 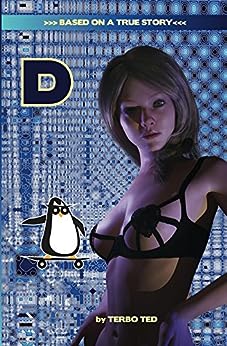 D: Based on a True Story Kindle Edition

Theodore Terbolizard, a fifth generation Californian and fourth generation Oakland resident, was born in Mountain View, California, as Theodore Jonathan Hommel. In his adult life, he has primarily been an artist, musician, internet developer and author, also known as Terbo Ted. As an artist, Terbo had three collaborative internet pieces added to the Permanent Collection of the San Francisco Museum of Modern Art in the early stages of the late 1990s 'dot com' boom. Ted or his work have appeared on- or in- PBS, NBC Europe, NHK Japan, National Geographic, the BBC, O'Reilly Books, Chronicle Books, and many more. Since 1990, he has continually performed, shown paintings or displayed other works in many small art galleries or venues in California and beyond. As a musician, Terbo has DJ'd on four continents, released six CDs of original electronic music and been singer, guitarist and songwriter for a number of unsigned rock and roll bands. His currently playing with the rock group Chief Enablers. He has licensed original songs for TV commercials, and CDrom soundtracks he composed in the early 1990s for software and computer manufacturers were printed in excess of ten million copies. In 1992, he was the first person ever to DJ at the then-unknown Burning Man Festival in Gerlach, Nevada; he played to ten miles of empty desert on a Friday afternoon. In his professional career, Ted has worked with advertising agencies to create digital marketing products for some of the world's leading corporations, generally in the technology and entertainment industries. Terbolizard also has extensive experience creating custom promotional materials for small businesses, startups and home-based entrepreneurs. In 2006 Terbolizard was anchorman and producer of an internet-based world news program in association with D7TV.com. --This text refers to the paperback edition.