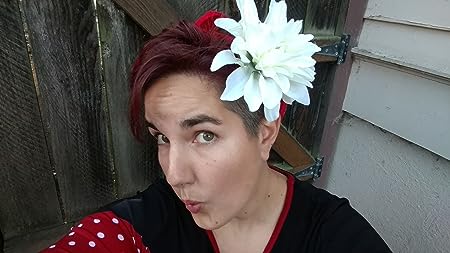 D.K. Wilde is the sultry, adult content pseudonym of author Denise Kawaii. D.K. leads a pretty quiet life, except during convention season! Visiting conventions and people-watching the cosplayers led to the creation of The Convention Series.

D.K. can be found lurking in the dark corners of the KawaiiTimes booths at book fairs and conventions, and writing in the middle of the night while pretending she isn't just another boring housewife.
Read more 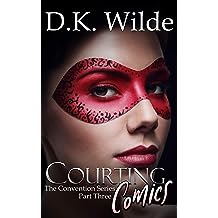 A hilariously sexy trip through the vendor tables. Perfect for fans of comic conventions everywhere.

What do a spider, a clown, and an alien in a cape all have in common?

Jessica wants to rip off their spandex and see what's underneath!

Stuck in a suburban town more famous for car dealerships than night clubs, Jessica hopes her boredom will be cured by the comic convention rolling into town.

Dressed in accidental cosplay, Jessica wanders the convention's aisles. While surviving awkward photos with strangers, she becomes the object of affection in an orgasm-fueled battle between villains and heroes.

You won’t be able to put down this frolic of superhuman proportions! Download part three of The Convention Series today.

Courting Comics is the 3rd book in The Convention Series, a geeky one-night-stand series about the hottest conventions and sexiest geeks imaginable.

Books in The Convention Series can be read in any order, so pick and choose your favorite conventions at will!

Other books in The Convention Series:

#1: Corsets and Rum - A swashbuckling good time with sexy pirates.
#2: Steam at the Seams - An amorous adventure with steampunk flair. 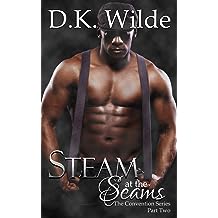 Jessica finds steamy rendezvous at a steampunk convention! And brings her married friend Maggie along for the ride...

***Your gears and shafts will be gyrating with this sensual steampunk affair!***

Jessica is at it again. This time she meets up with Maggie and they quickly formulate a plot to make Maggie's husband jealous of their lesbian affair. But Jessica's lust isn't sated until she takes Maggie to a steampunk convention where a bare-chested mechanic and a couple of airmen give them a backstage tour of the convention hall - and an airship captain's private quarters. 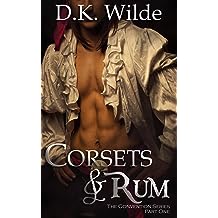 If your sex life is all wet, add pirates!

Jessica is traveling corporate woman who finds herself alone in Oklahoma City. Looking for some excitement she enters a Pirate and Merfolk convention. As Jessica unwraps her misconceptions of adults playing dress-up, she discovers a world of sexy seafaring people she'd never known existed. When a pirate invites her to an after hours party, the real fun begins.

Will Jessica give up her solo love habits and walk the pirate's plank? Find out in this first installment of D.K. Wilde's Convention Series.