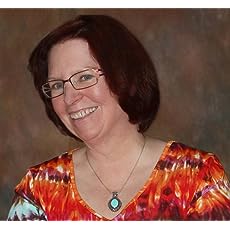 D. H. Timpko has always wanted to be a writer, at least from when she was three years old. That's when a life-changing event occurred: "My father read 'Henny Penny' to me!"

She shakes her head. "What else could I do? 'Henny Penny' is one of the best picture books ever and very funny. Then my father read 'The Twelve Dancing Princesses' in which the heroine is the youngest child. I was the youngest girl in my family. So that was it. The path of my whole life was set. I needed to be a writer!"

So she grew up and had a successful writing career for various companies. Then the true fun began: She retired. Now she writes fiction full time.
Read more 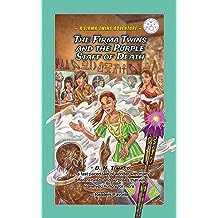 The first book in The Firma Twins Adventures.

Born into a family of twins, Isis Firma and her identical twin sister Electra are as different as two people can be. Isis is studious and Electra is an outgoing athlete. Much to Electra's disgust, Isis decides to celebrate their twelfth birthday at the Institute of Ancient Egyptian Stuff in nearby Washington, DC. Unseen by everyone except Isis, a mummy sits up and tells her to find the Purple Staff of Death. Danger threatens as Isis, her sister, and friends unravel the mystery of the mummy's message and the secrets of the Firma family. 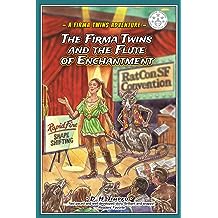 The second book in The Firma Twins Adventures.

Twelve-year-old Electra Firma has a problem: alien shape-shifting rats the size of adult humans have stolen the Flute of Enchantment and she must infiltrate an alien conference to steal it back, while her identical twin sister Isis fights aliens in another city. 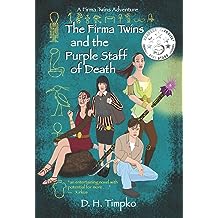 Talking mummies! Human-sized rats! Aliens! A treasure hunt in an exotic location! An identical twin who’s jealous of her younger sister’s amazing talents finds fantastical powers far beyond anything she could have imagined.

To use those powers, she must find the Purple Staff of Death. Before she can do that, enemies attack. A squirrel delivers a strange message, her parents’ car is rear-ended, and Isis is injured. Through a mind meld she glimpses the maroon-red eyes of her enemy, a human-size rat.

Released from the hospital, Isis seeks the Purple Staff of Death. Enlisting her sister and their friends, they discover long-hidden secrets about the Firma family and the house in which they live. After her sister and parents are kidnapped, Isis and her friends must locate the enemy’s secret lair and do everything in their power to rescue the Firmas and prevent the kids’ classmates and, well, all of humankind from being annihilated by the aliens.

The Firma Twins and the Purple Staff of Death is a fast-paced science fiction novel for kids 9 to 13 with many different twists and surprises that leave you hungry for more. A long-time reader of science fiction, fantasy, and mystery, author D. H. Timpko combines the best of all three genres in A Firma Twins Adventure, Book 1.